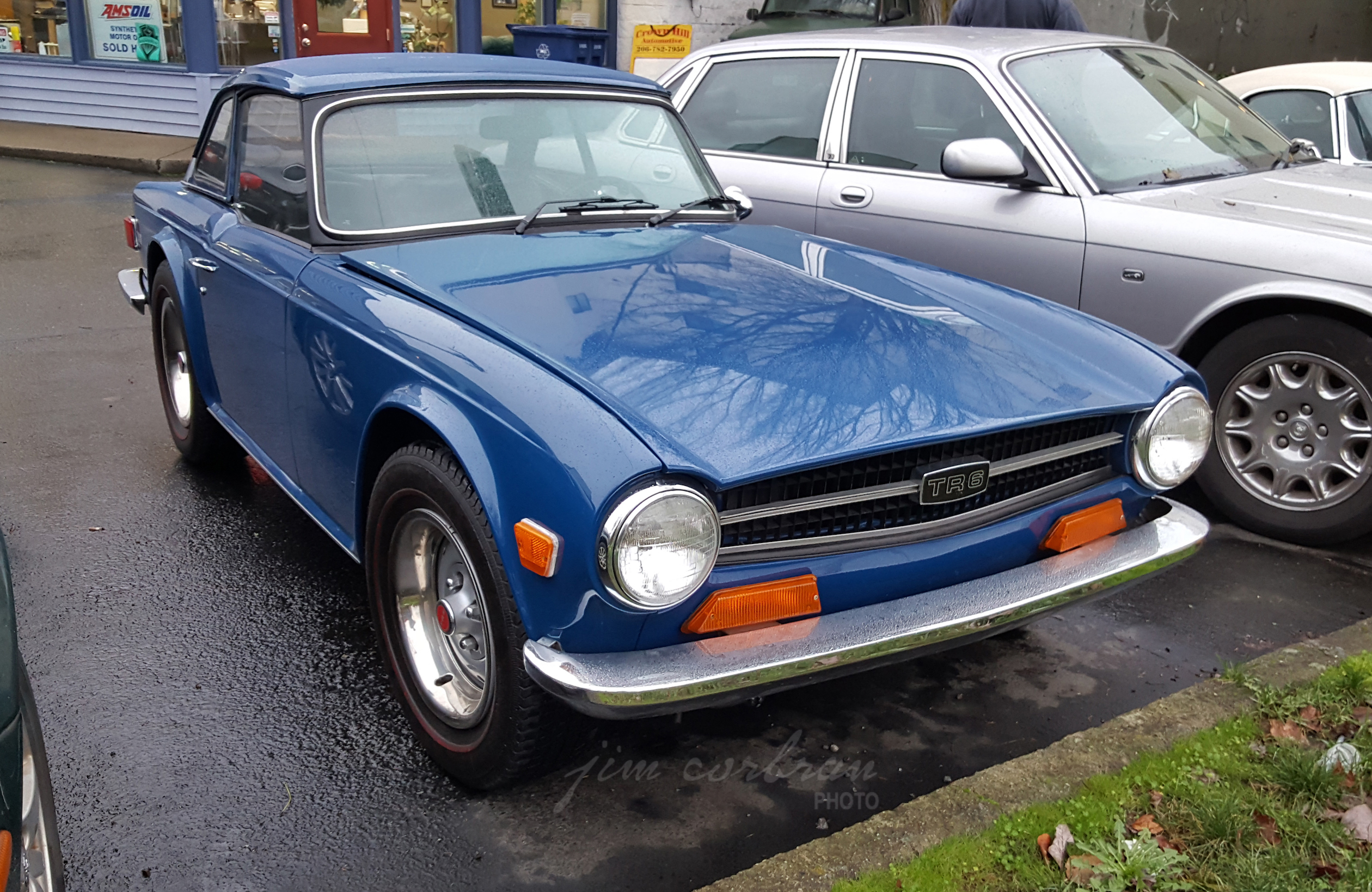 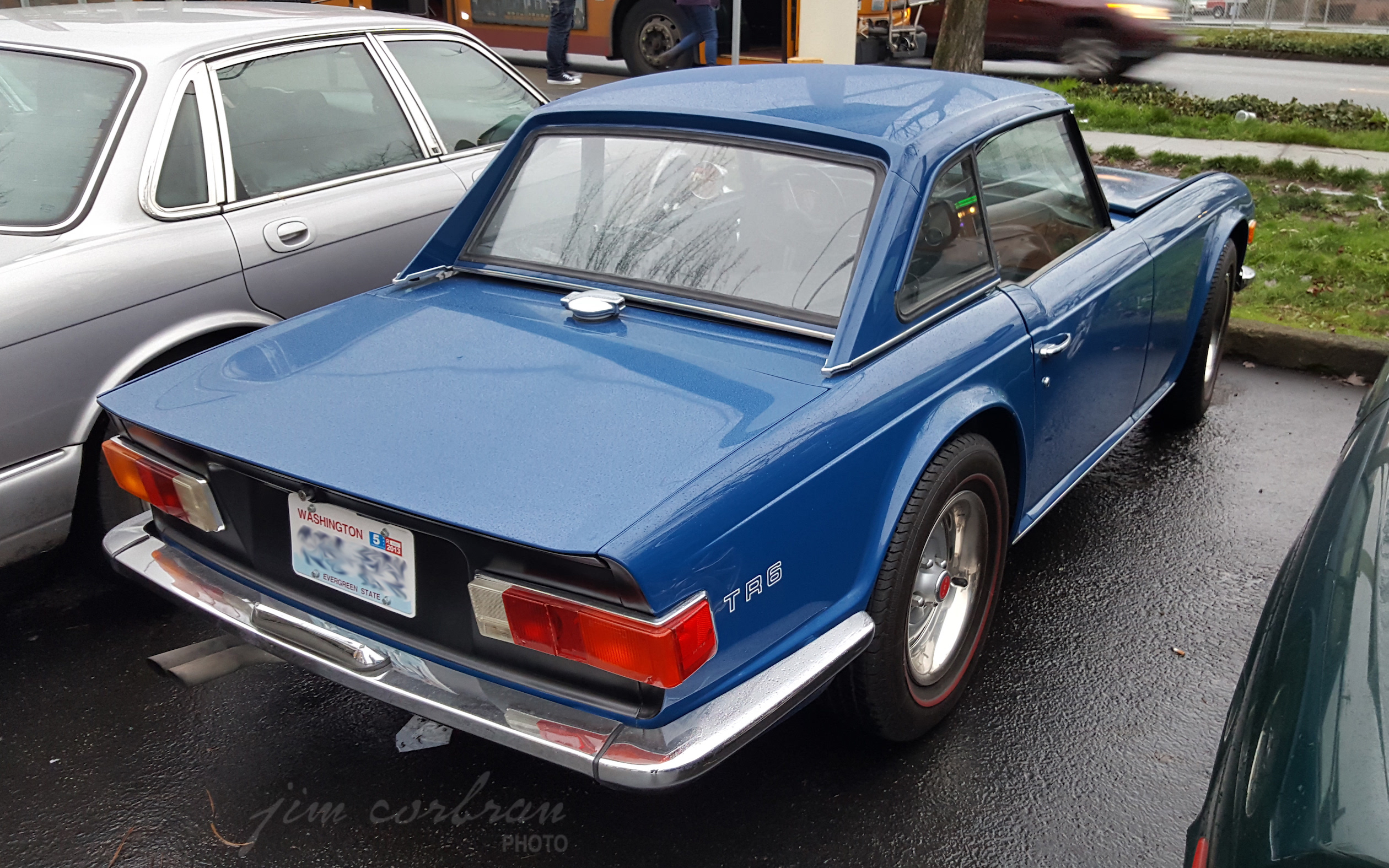 Came across this nicely kept 1976 Triumph TR6 last December while driving through Seattle. Yes, it’s expected that cars from the ‘70s — and earlier — would be well-kept in the great northwest, and this one was no disappointment. It’s wearing a set of period-correct redline tires, and the seldom-seen (at least by me) optional hardtop. This was the final year for the TR6, whose lineage goes back to the TR-X, which was introduced to the world at the Paris Auto Show in 1950. The production TR2 hit the market in 1953; the subsequent TR3 would be completely redone as the TR4 in 1961, with styling, drivetrain, and model-name upgrades through the TR6 you see here. For a few years it was sold alongside the wedge-shaped TR7 which was introduced in 1974; a V-8 TR8 came along in 1978, and the two of them stayed in production until 1981.