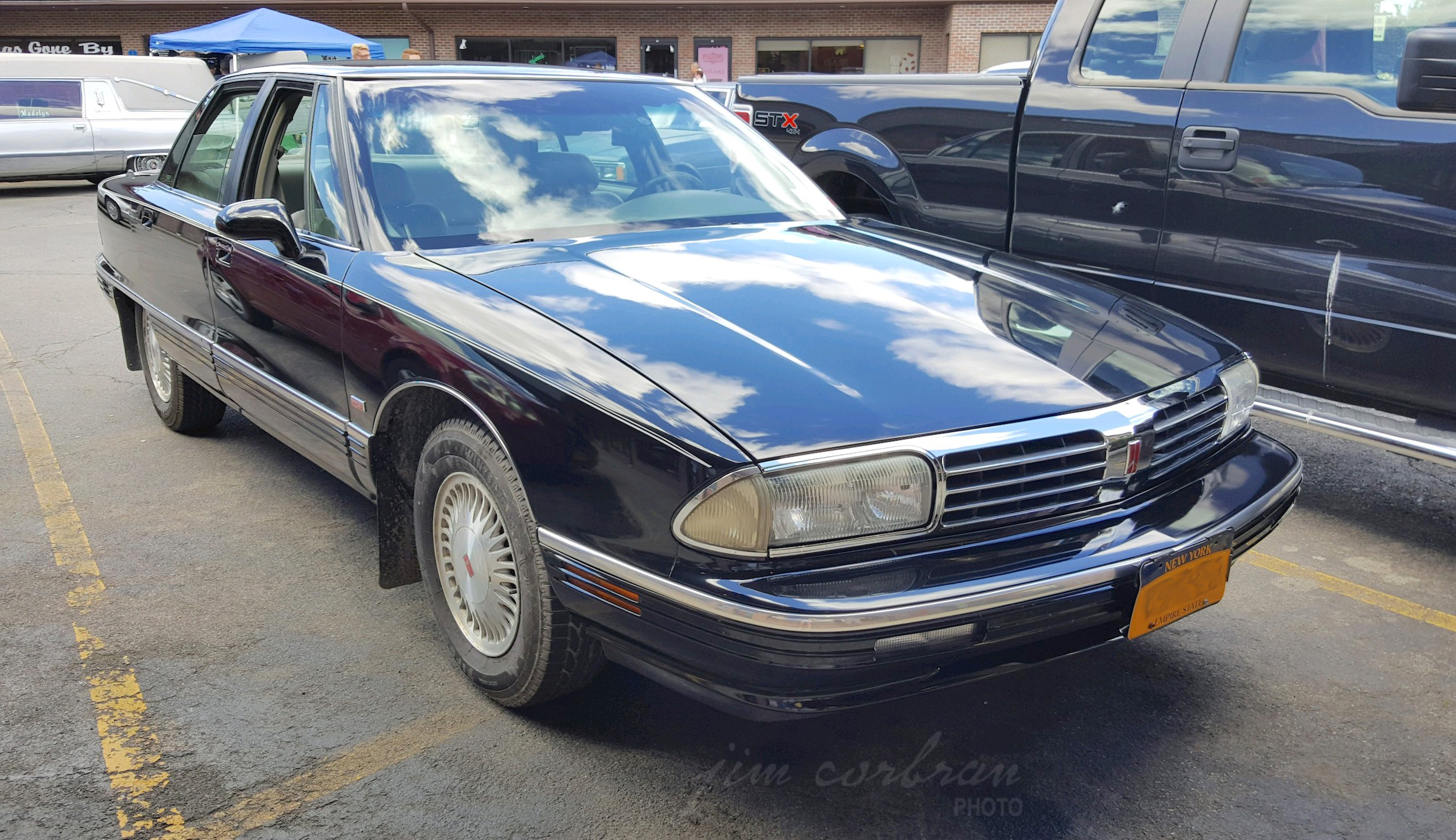 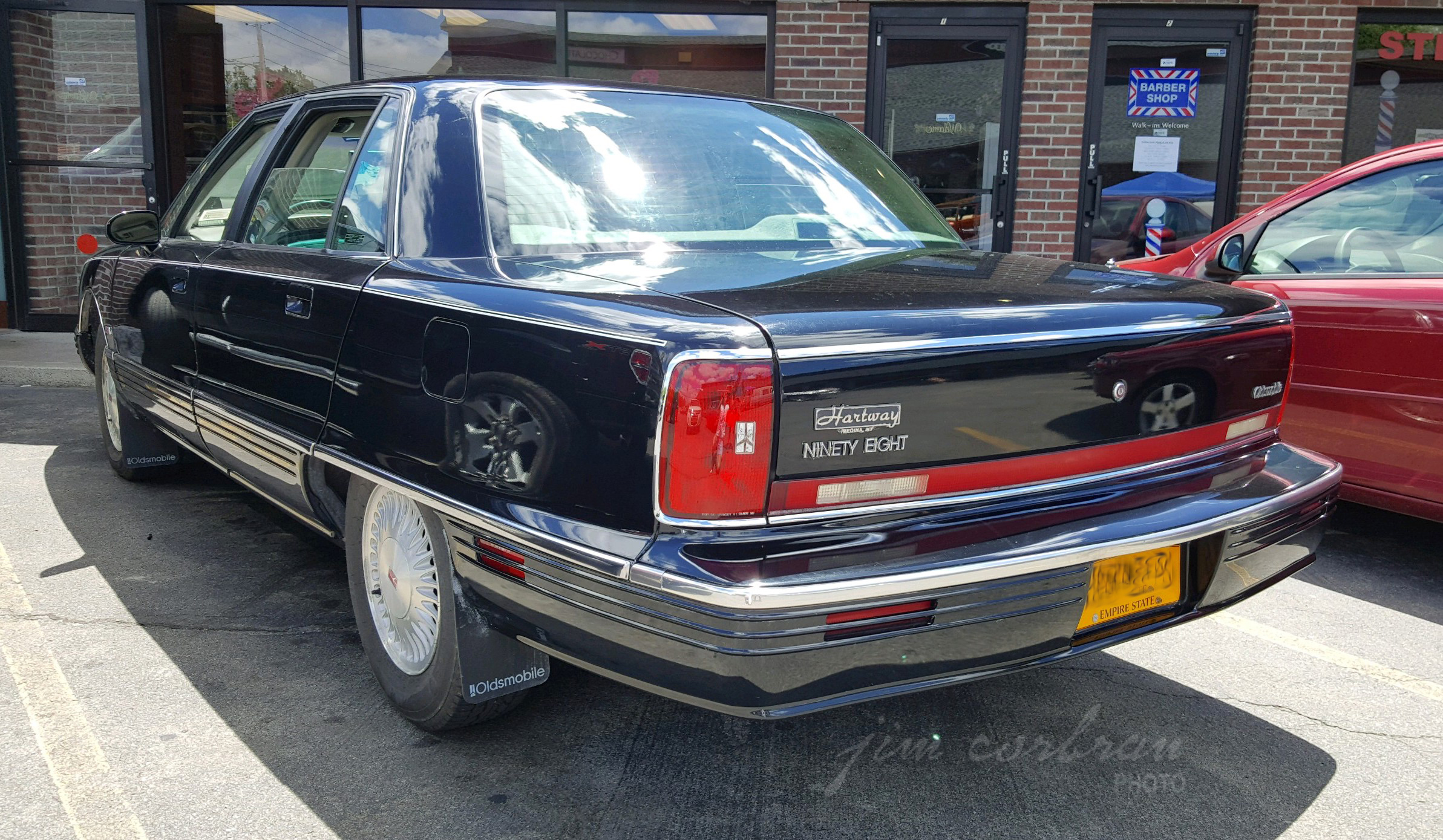 I’m going to take a stab in the dark here and guess that not too many people who were wandering around at yesterday’s monthly Cruise-N-Cuts (at the Eras Gone By: Unisex PIN UP Salon in Tonawanda) would have guessed that 19-year-old Gasport resident Nick Anderson was the proud owner of the black 1996 Oldsmobile Ninety-Eight sedan parked off to the side. (Always nice to see an owner at one of these events who's younger than his car, Lol...) He’s had it for the past year since graduating from high school, and the odometer reads only 95k — not a lot for a 23-year-old car. Under the hood, GM’s tried-and-true 205-hp Series II 3.8L V-6 is connected to a four-speed electronic-shift automatic transmission, while the interior is covered in comfy gray leather. The trunklid is wearing the dealer badge from Hartway Motors in Medina, which is still around these days selling Chevys. All that seems to be missing (IMHO) is a set of whitewalls on those spiffy Oldsmobile 15-inch aluminum wheels. Overall, a very nice ride! 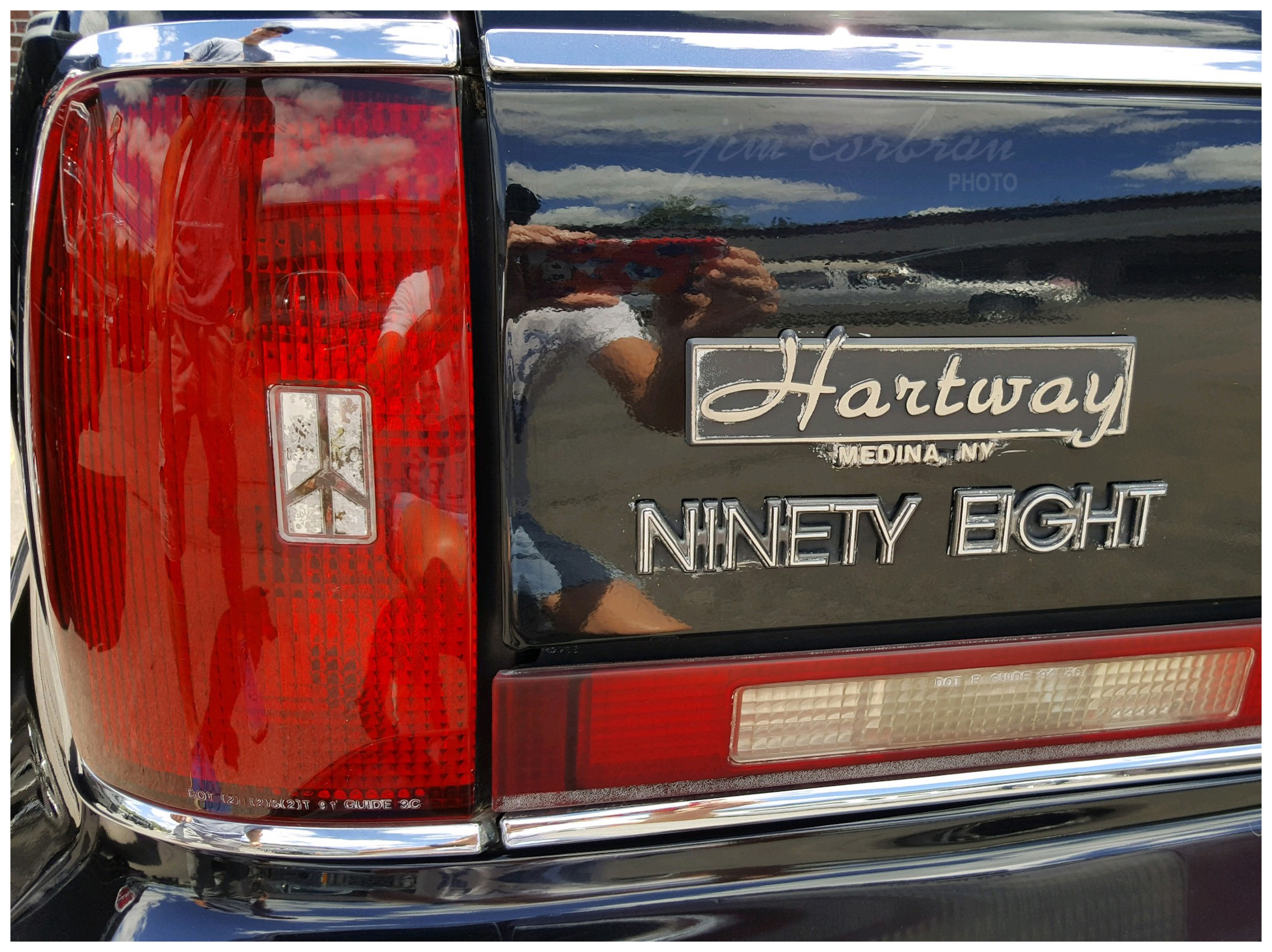