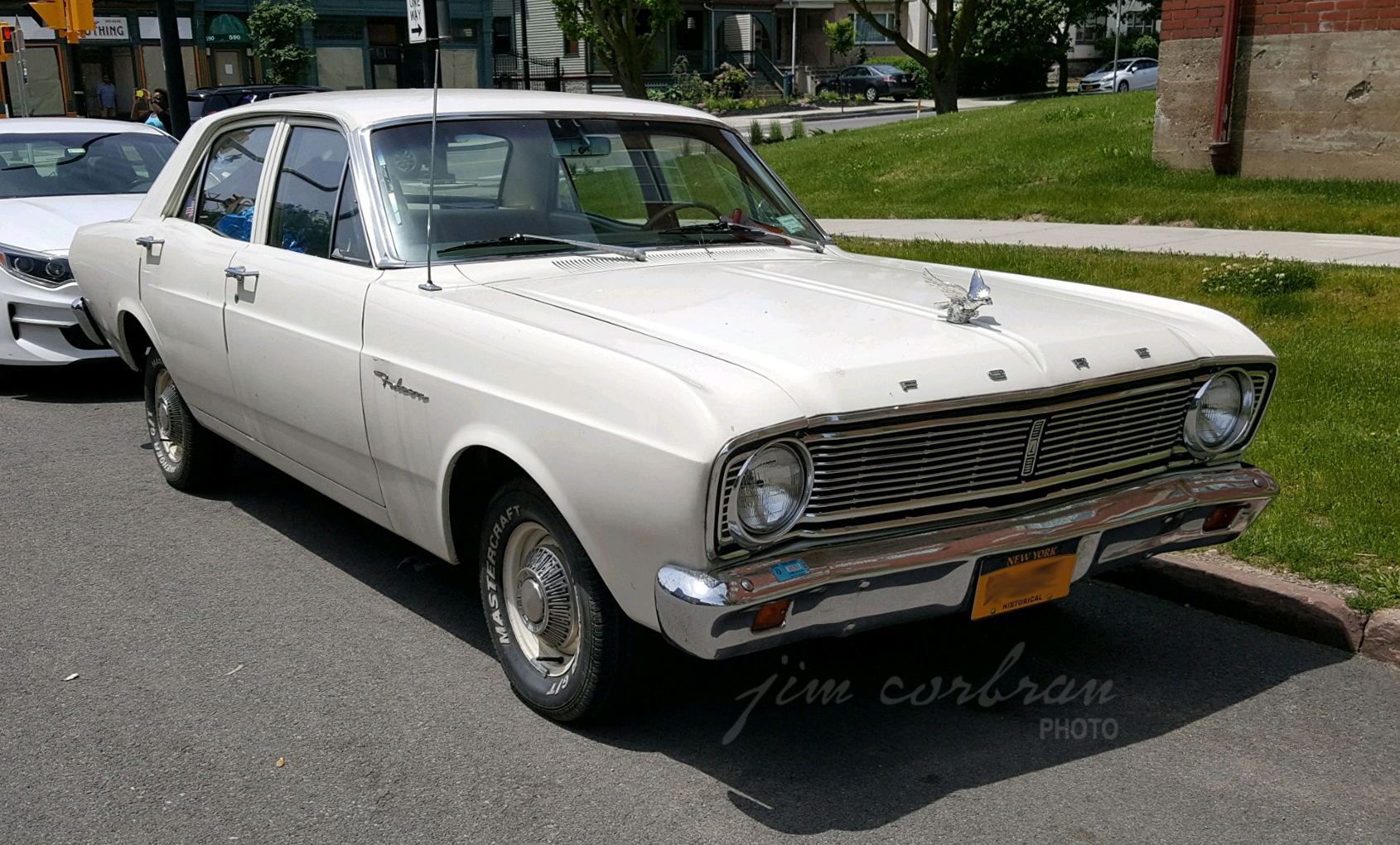 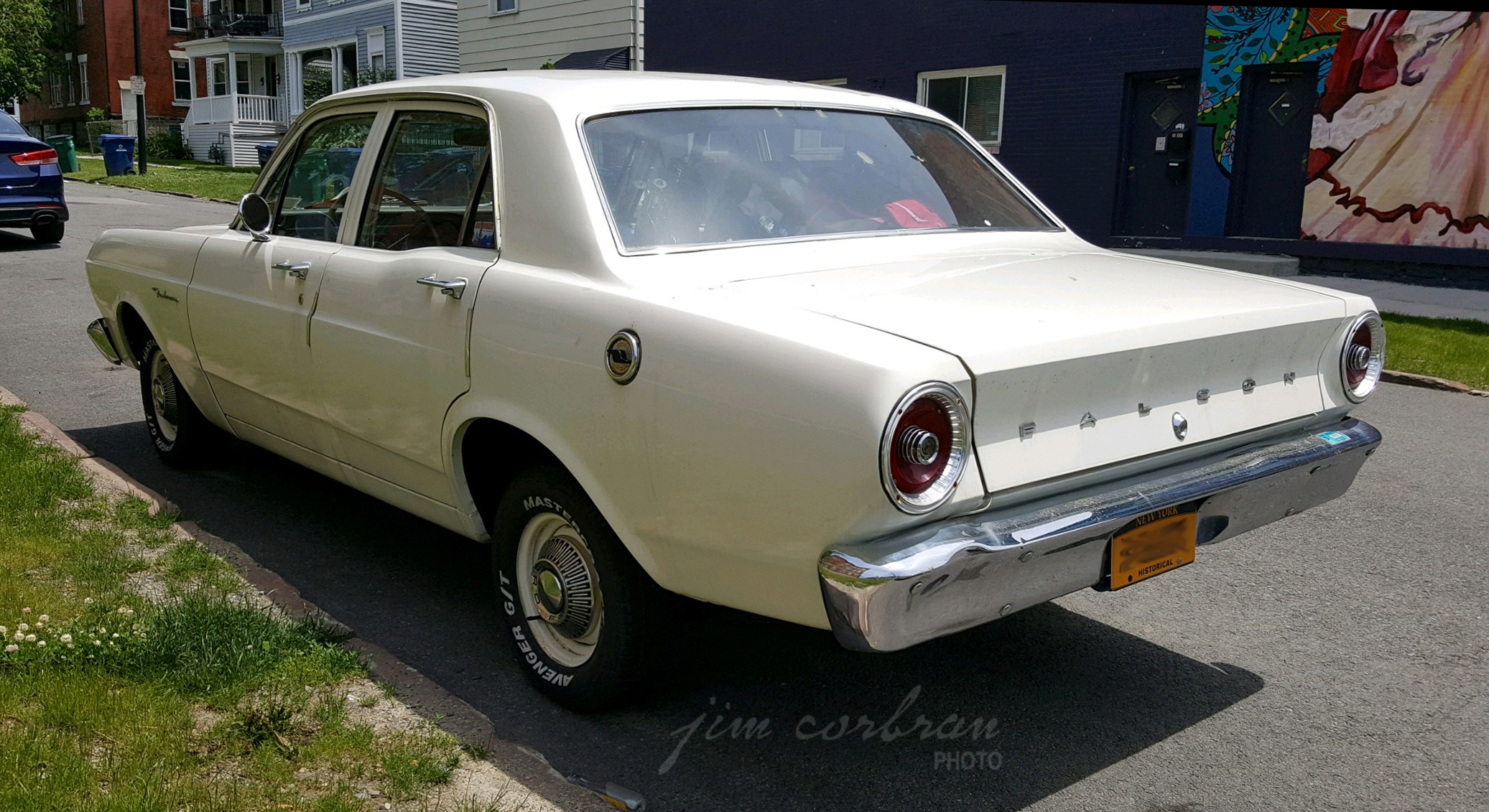 Almost 93,000 of the base model 1966 Ford Falcon left the factory (41,432 two-doors, 34,685 four-doors, and 16,653 wagons), but where are they all now? This one was spotted a few weeks ago on Buffalo’s West Side; but most of the rest of them, or so it seems, have been scattered to the wind. And I’ll bet that not too many of them (if any at all) had a hood ornament like this one, which certainly lends it an air of distinction! At this point in its life, the Falcon’s sales numbers were on the decline, perhaps not helped by the presence of the new Mustang on the same showroom floor. They were still solid, reliable, inexpensive transportation though, and the nameplate would hang around for a few more years, ending with a rebadged entry-level mid-sized Torino which Ford dubbed the 1970-1/2 Falcon.