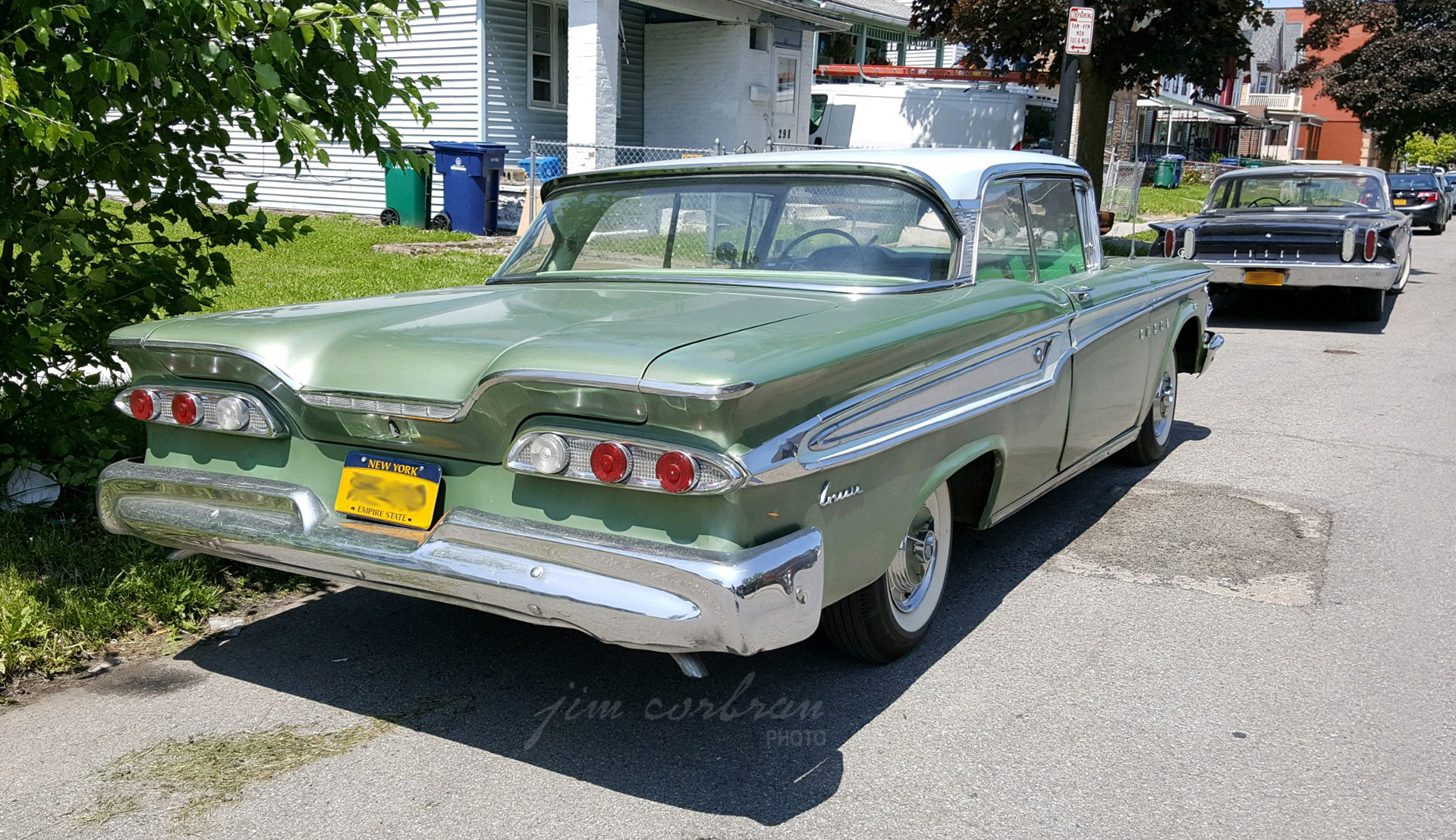 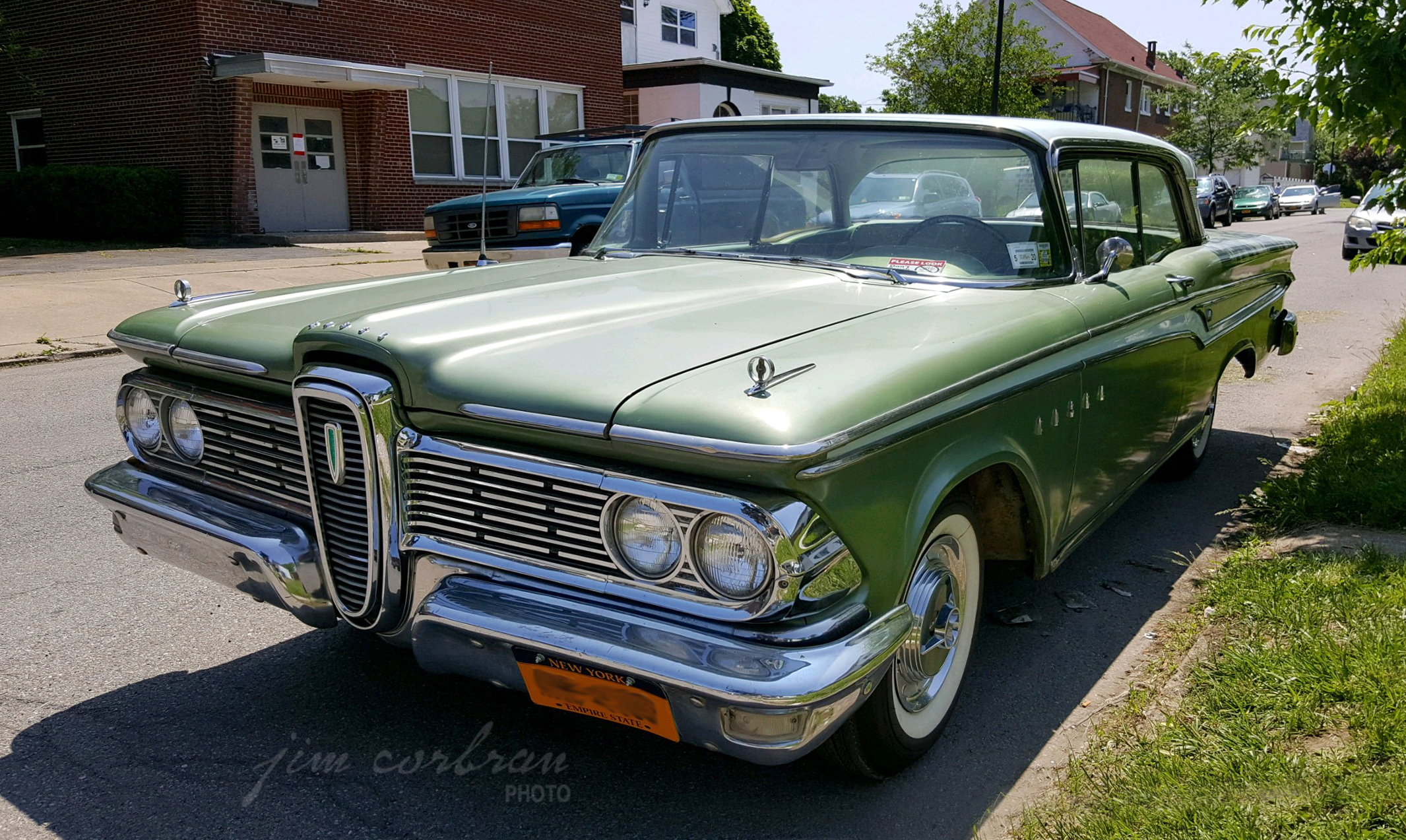 Today we visit the You Don’t See One of Those Every Day Dept., and the 1959 Edsel Corsair owned by area resident and car aficionado Joseph Galvin. One of four Edsels in his stable (as this is written, Lol) the ’59 is from the marque’s second — as well as second-to-last — year of production. The Corsair was the top o’the pared-down line for 1959, and was available in four-door sedan and hardtop versions, as well as a convertible and this two-door hardtop, seen here in Jadeglint Green Metallic. Ford advertised the 1959 Edsel as the “Finest car in the low price range.” Unfortunately, sales numbers never matched sales predictions (or even came close), and the Edsel lineup was pared-down even further for 1960 before the plug was pulled three months into the model year. This rare beauty was photographed a few weeks ago on Buffalo’s West Side. (Keen observers will already have noticed Galvin’s even rarer 1960 Edsel Ranger sedan parked in front of the Corsair.)