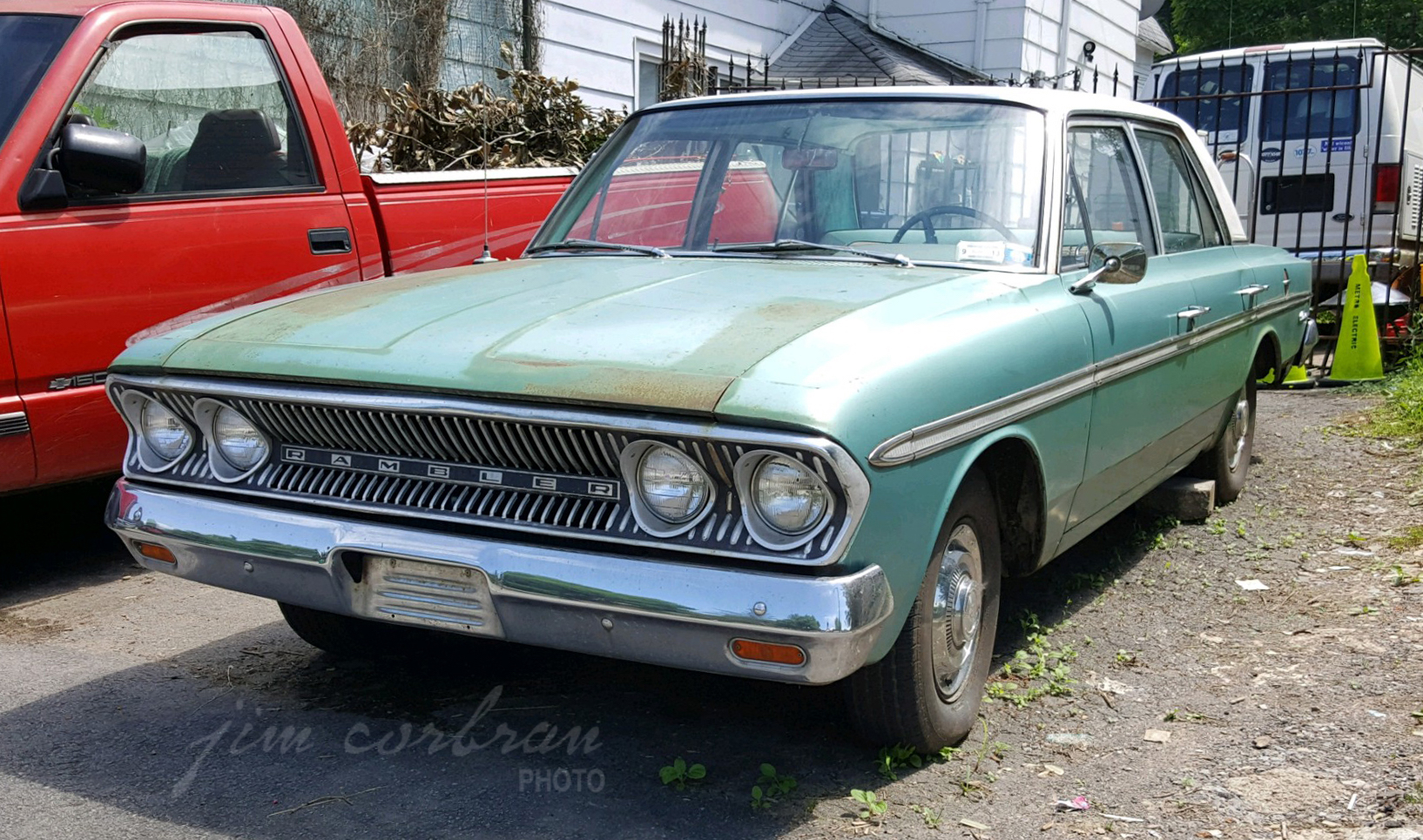 Came across this 1963 Rambler Classic 770 yesterday while bicycling through Buffalo’s Elmwood Village. The big (relatively speaking) Ramblers were named Motor Trend magazine’s Car of the Year for 1963. The folks from AMC described them thusly: “All New…  All Beautiful… All Rambler!” Bigger than they looked, the Classics (and the similar Ambassador) were outwardly sized more like a mid-sized car (a genre which was just being invented with the advent of the Ford Fairlane/Mercury Meteor), but inside Rambler told us they had “…lots of room for six-footers (and) more legroom and hip room than most of the bigger, more cumbersome, more expensive cars.” The 770 was at the top of the Classic lineup, above the 550 and 660, all of which were available as two- and four-door sedans and a four-door station wagon.