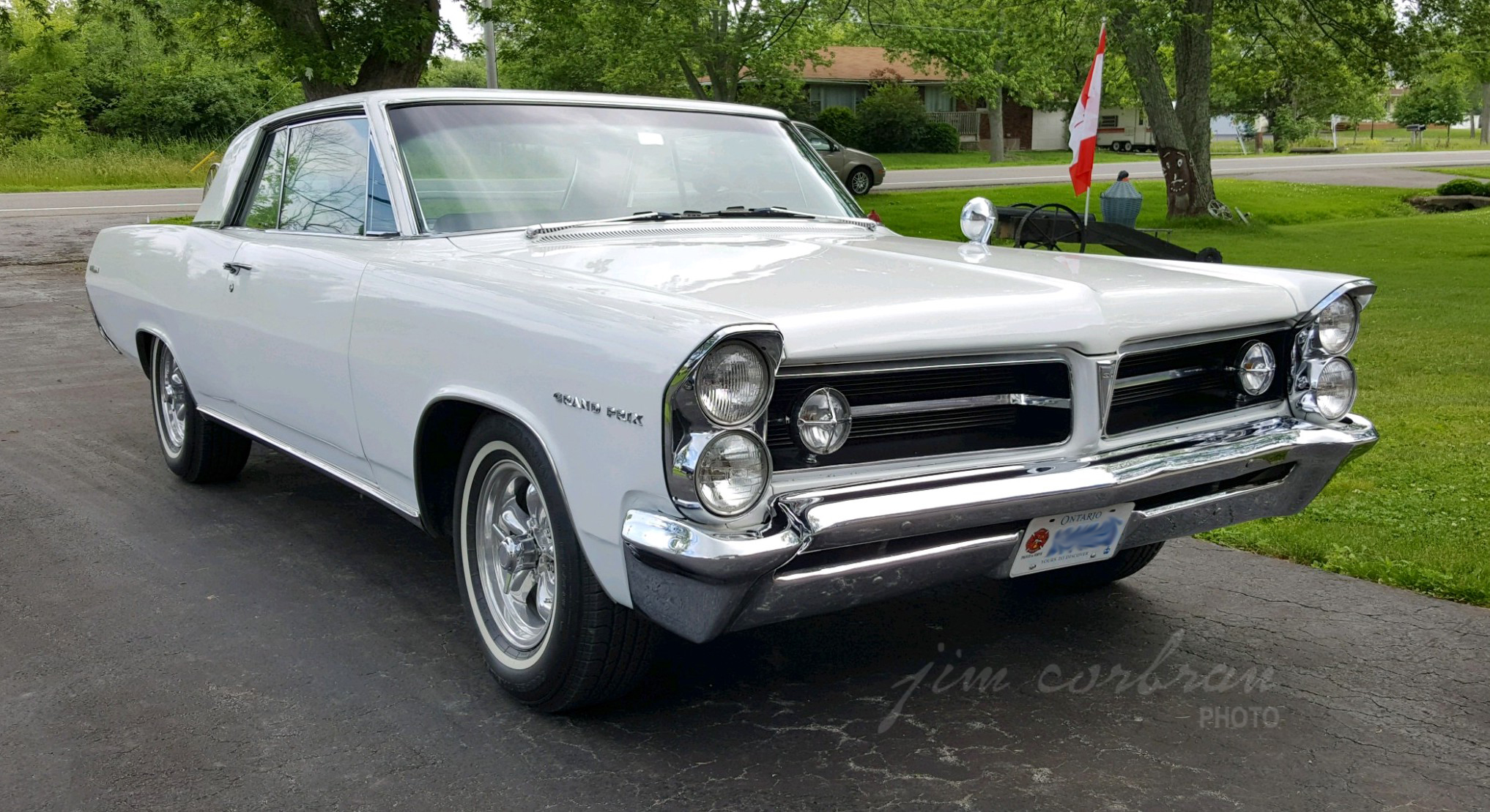 Came upon this 1963 Pontiac Grand Prix sitting in a driveway in Niagara Falls, Ontario a couple of Saturdays ago. The owner, sitting on his front porch enjoying a beautiful Canada Day weekend, pointed out that this was an American Grand Prix, not a Canadian, Chevrolet-based car with a narrower track and a Chevy engine. From 1966-68, there was a Grand Parisienne model lineup sold in Canada, which trim-wise was kind of a mash-up between the American Bonneville and Grand Prix, but still based on the Chevy frame and powertrains. There never was a Canadian-only version of these early GPs — they were all built in the U.S. and imported north of the border.