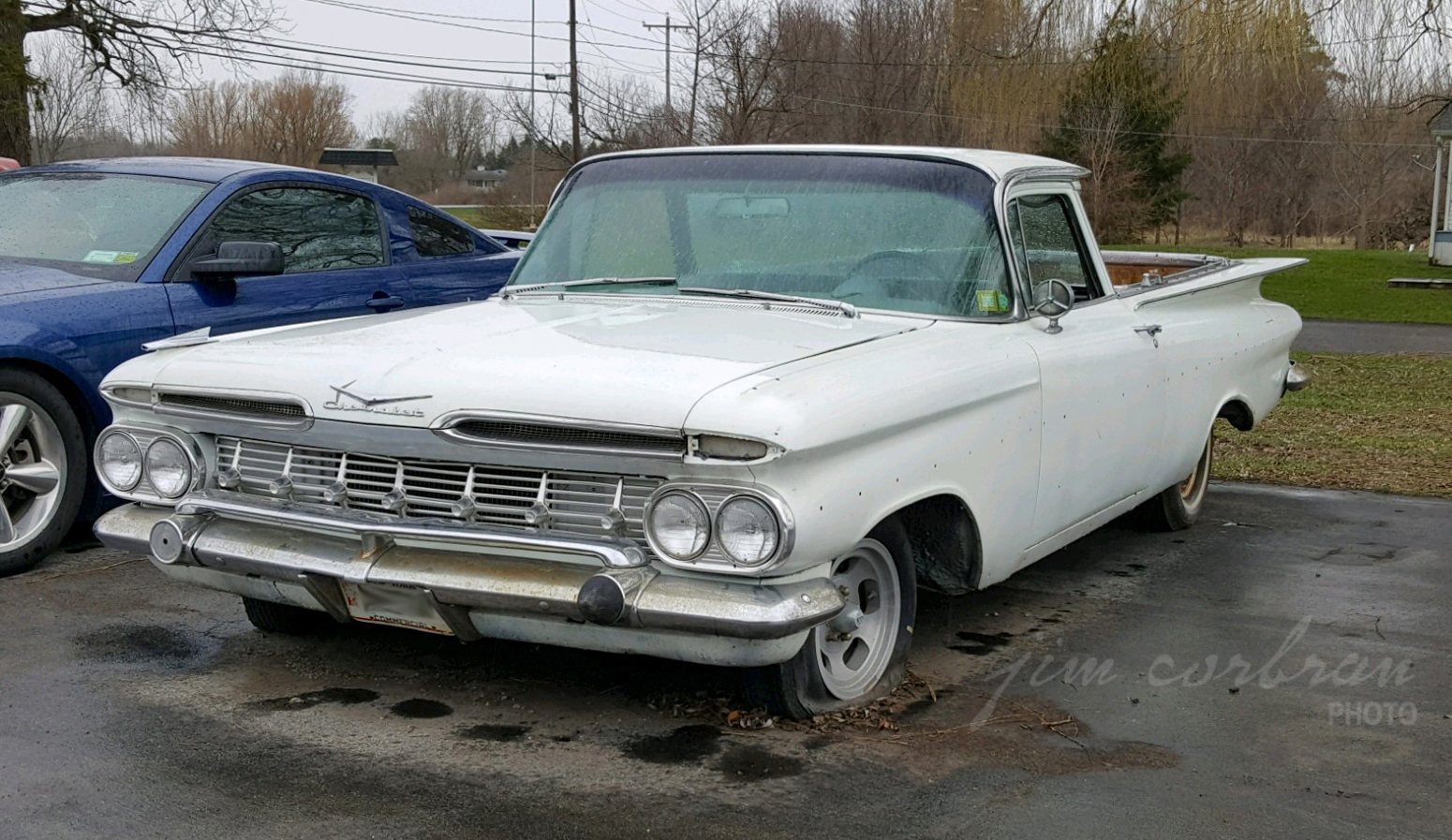 Ford didn’t sell a ton of Rancheros in 1957-58, but that didn’t mean their biggest rival didn’t want in on the action. It took a while, but two years later the 1959 Chevy El Camino finally brought the Bow-Tie manufacturer into the battle of Hispanically named car-trucks. In one ad, Chevy told us it was “…the handsomest thing that ever happened to hauling… combining the stunning style of a ’59 Chevrolet passenger car with the cargo capacity of a pickup.” It didn’t last long, though. Ford pulled a fast one by switching the Ranchero over to the compact Falcon platform for 1960, where it did battle with Chevy’s still-full-sized El Camino. Chevy pulled the plug after the 1960 model, resurrecting it again on the mid-sized Chevelle platform when that nameplate debuted for model year 1964. Saw this white example, looking just a little forlorn, a few weeks ago in Akron.