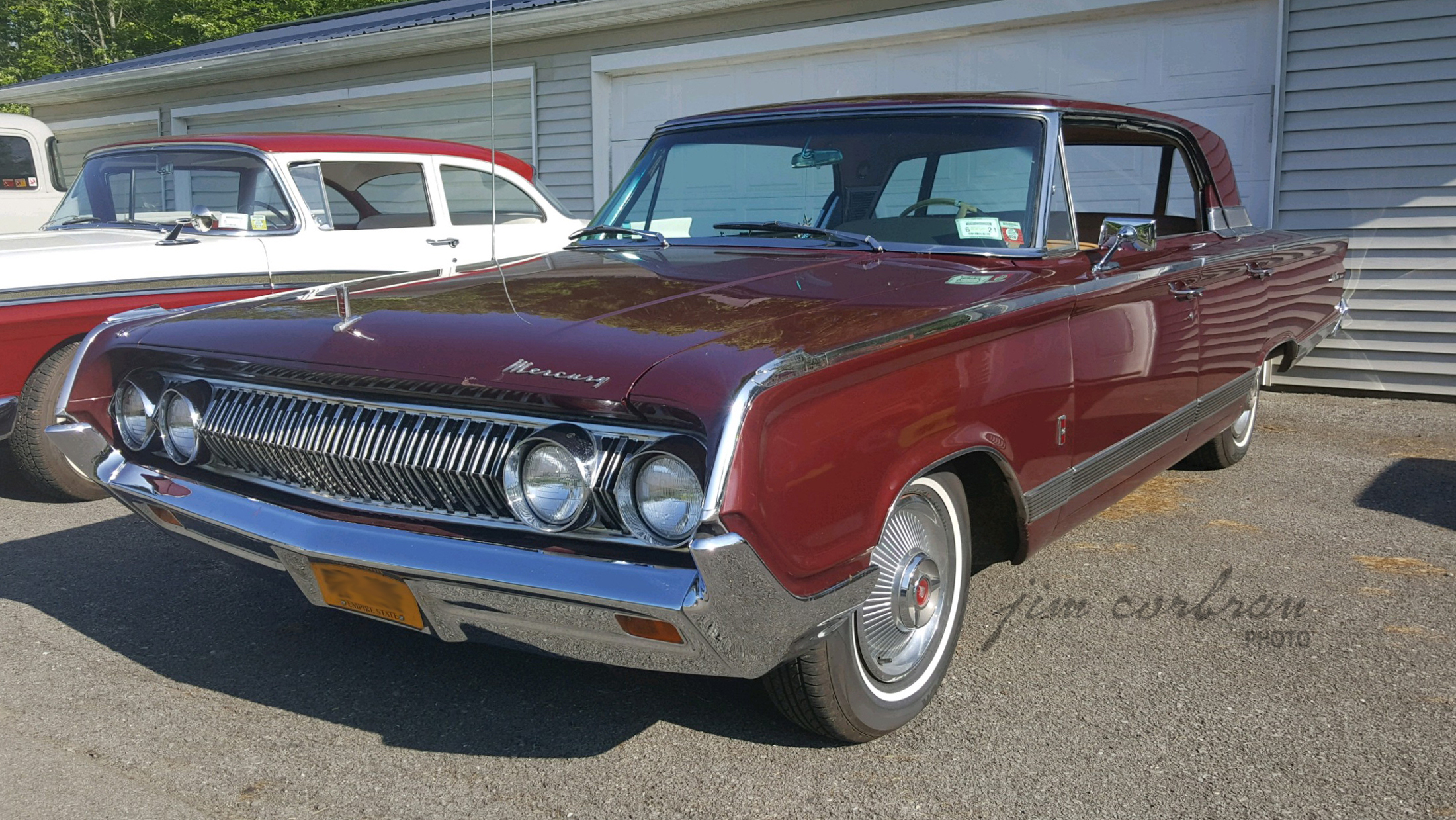 The 1964 Mercury Park Lane was just a notch below the Lincoln Continental in Ford’s hierarchy. Its very cushy standard interior included seats which were “…foam-padded with a special balanced spring design giving a more cushioned effect.” “Nylon-face biscuit design upholstery” only added to the mystique. You had your choice of rooflines: either the Breezeway design with its retractable rear windshield as seen on today’s RealRide, or the “racy Marauder styling” (below) which was more of a fastback look — a style which (in two-door form) became popular with NASCAR drivers of the day. We spotted this nice Burgundy example a few weeks ago at a gathering of local Edsel owners in South Wales.