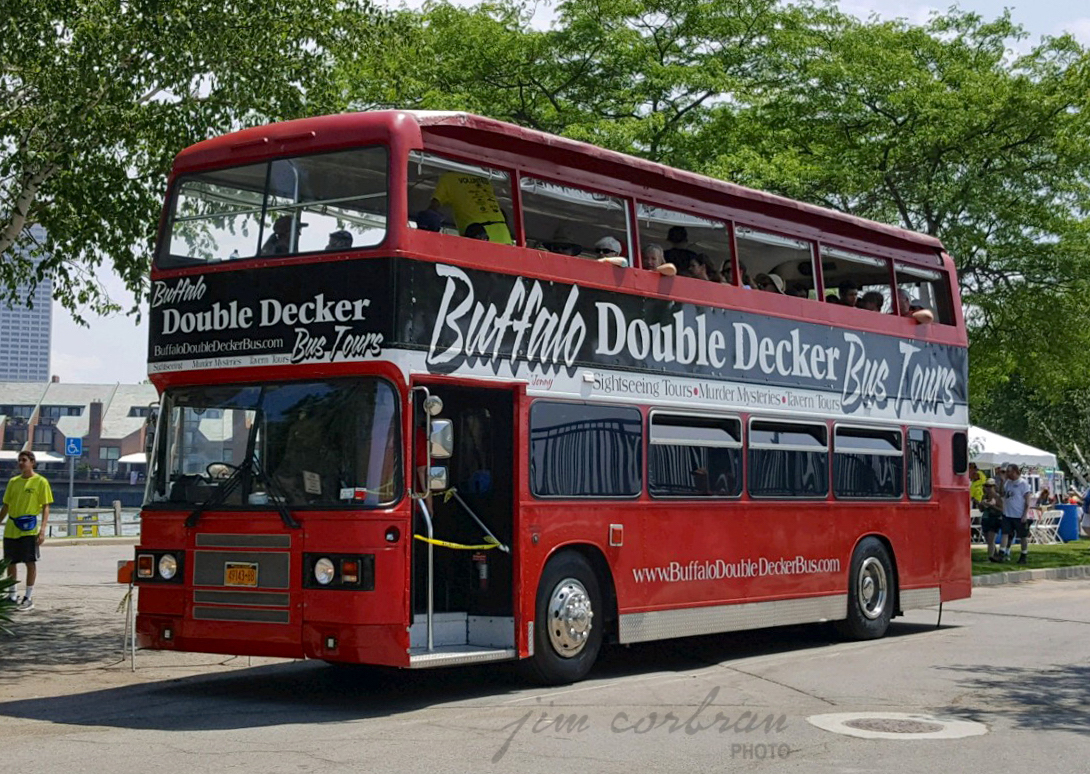 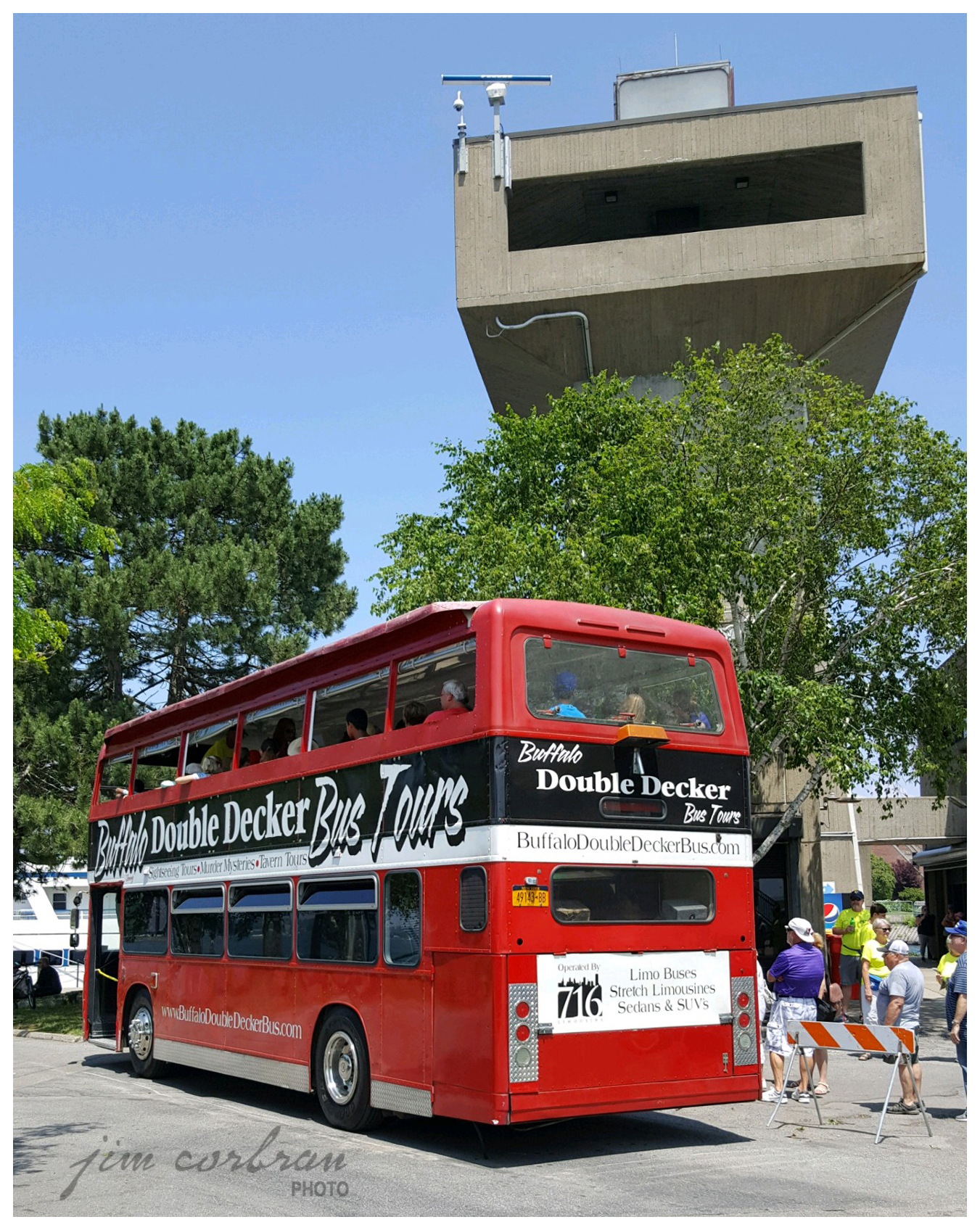 This 1980 Leyland Motors Olympian is from the inaugural year of the double-decker bus’ manufacture. According to Wikipedia, the British-made bus was sold mostly to operators in the U.K., as well as Singapore and Hong Kong. However, also according to Wiki, Olympians are currently in service by operators in San Francisco, San Diego, New York, Seattle, and Washington, DC — as well as this one, operated by Buffalo Double Decker Bus Tours. We happened upon it last week while bicycling through Canalside at the Buffalo waterfront, where it ferried visitors to the Basil Port of Call: Buffalo event, which featured an international fleet of 12 tall ships. Currently, there are also three Olympians in Canada: in Brampton, Toronto, and Niagara Falls. The Olympian, Leyland’s final bus model, was in production until 1993.