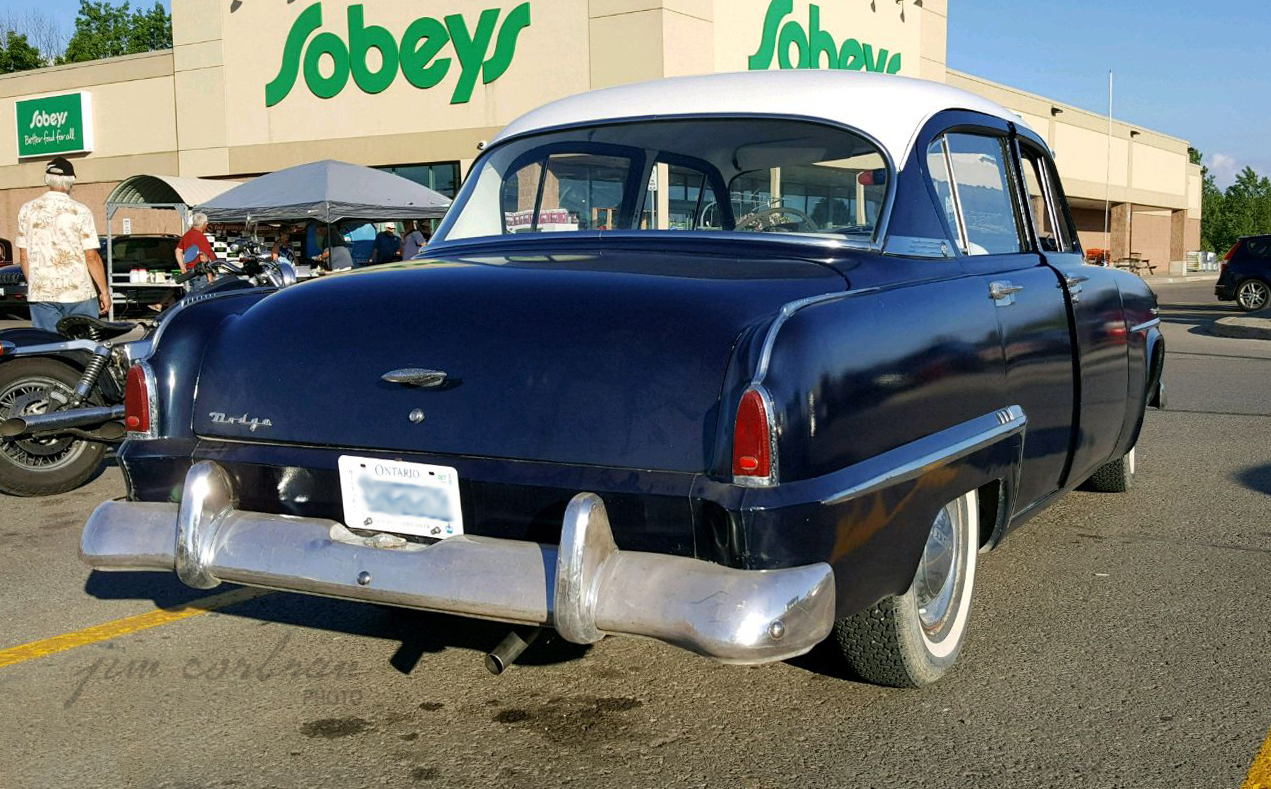 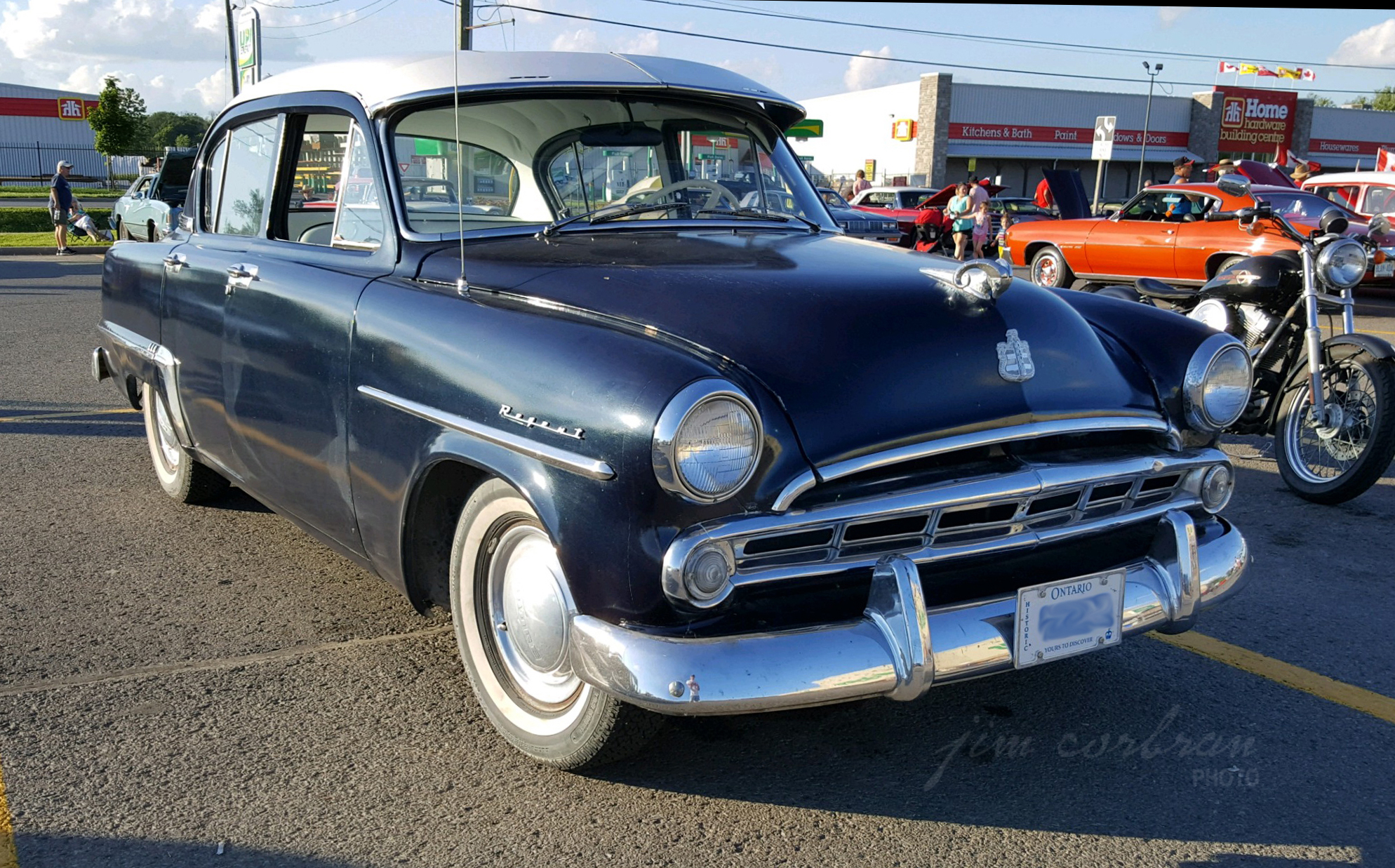 The brochure called the 1953 Dodge Regent “…the finest Dodge ever offered in the low-price field… completely new from front to rear—and it looks it!” American shoppers would never see this mash-up of a Dodge front clip added to a Plymouth, because it was available in North America only at Dodge-DeSoto dealers north of the border. This was done primarily to give the D-DeS stores an entry-level car to sell. Well, why not just let the DeSoto dealers sell the Plymouth? Probably because it was already available at Chrysler-Plymouth dealerships. Duh. This left the “actual” Dodge out in the cold in Canada, so to speak. On a side note, there was no typical two-door sedan in the Canadian Dodge lineup for 1953. Four-door sedans were offered in the Regent and Crusader models; the Mayfair was a two-door hardtop; and two-door wagons were offered in the Savoy and Suburban lineups. The only pillared two-door was a Regent Club Coupe (bottom of page), which used the close-coupled roofline of the U.S. Plymouth Cranbrook business coupe. Saw this nice Regent at a recent Saturday cruise night at the Sobey’s supermarket in Dunville, Ontario.