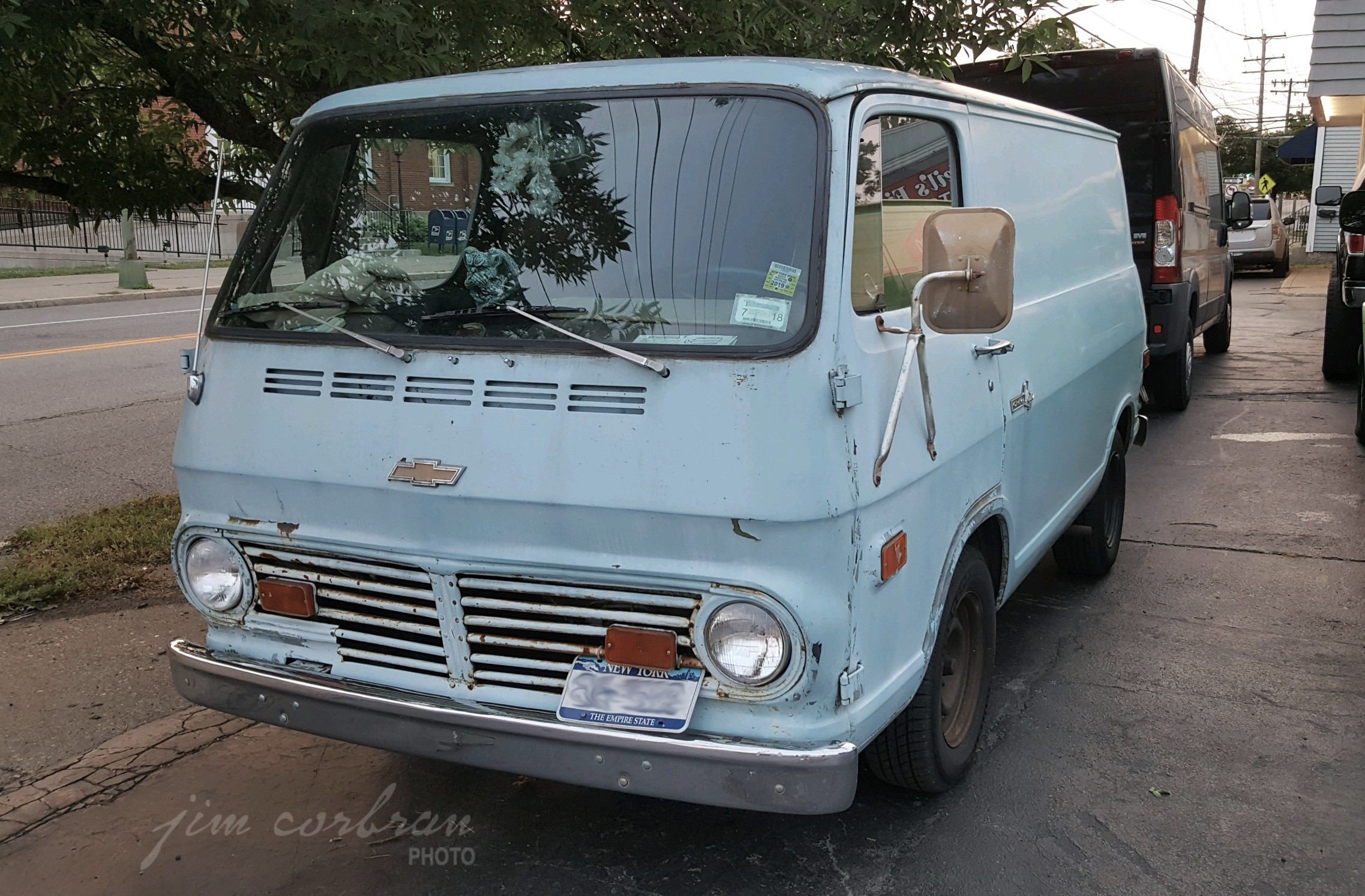 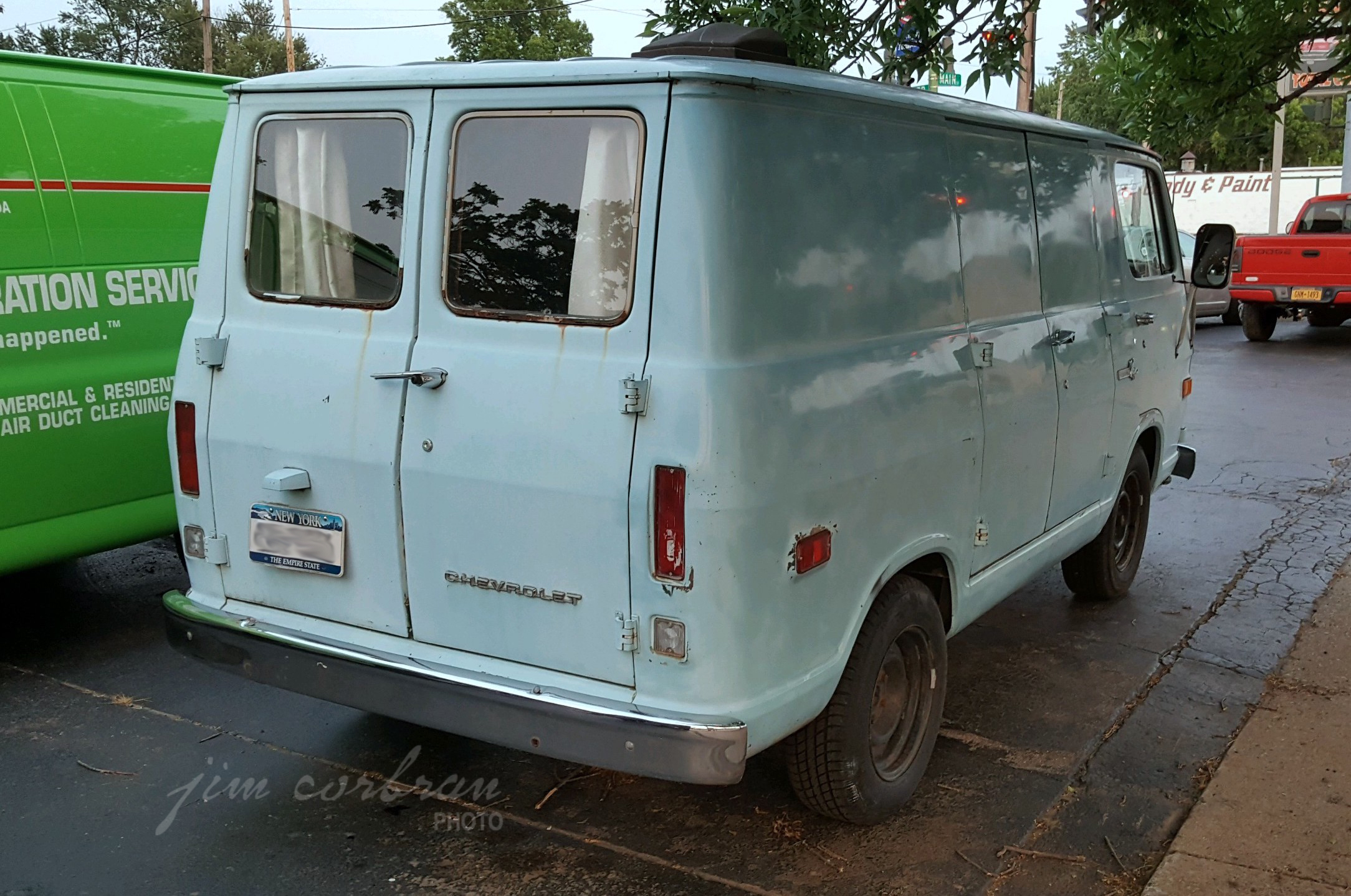 This 1969 Chevy-Van 90 will take some readers back to a time where many of us have a van story (or two) to tell. My own experiences? Number one, to make a long, eventful story short, driving with a friend named John in his brother’s 1961 Falcon van to my first (rain-soaked) U.S. Grand Prix at Watkins Glen in 1972; Number two, as a 21-year-old, driving with another John in his 1972 Chevy Van on an adventurous five-week cross-country-and-back trek in 1974; and Number three, buying my own, brand-new 1975 Ford Econoline a year after returning home from that trip, hoping for some of my own adventures. The 1969 Chevy-Van was the marque’s penultimate year for this design, which put the engine right between the driver and passenger seat, and the feet of said inhabitants about a foot-and-a-half from resting on the front bumper (see brochure photo below). Saw this one during the week in Tonawanda. 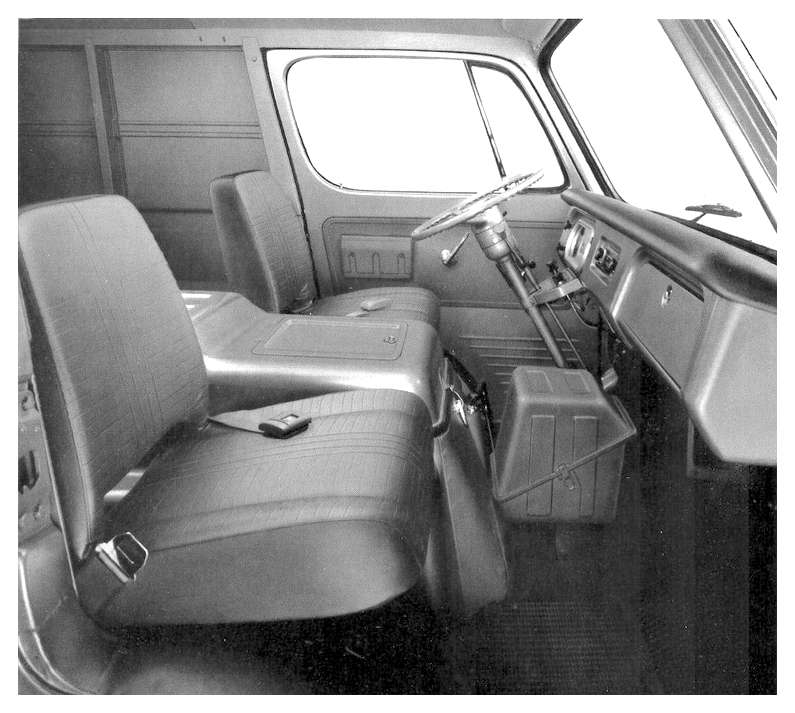