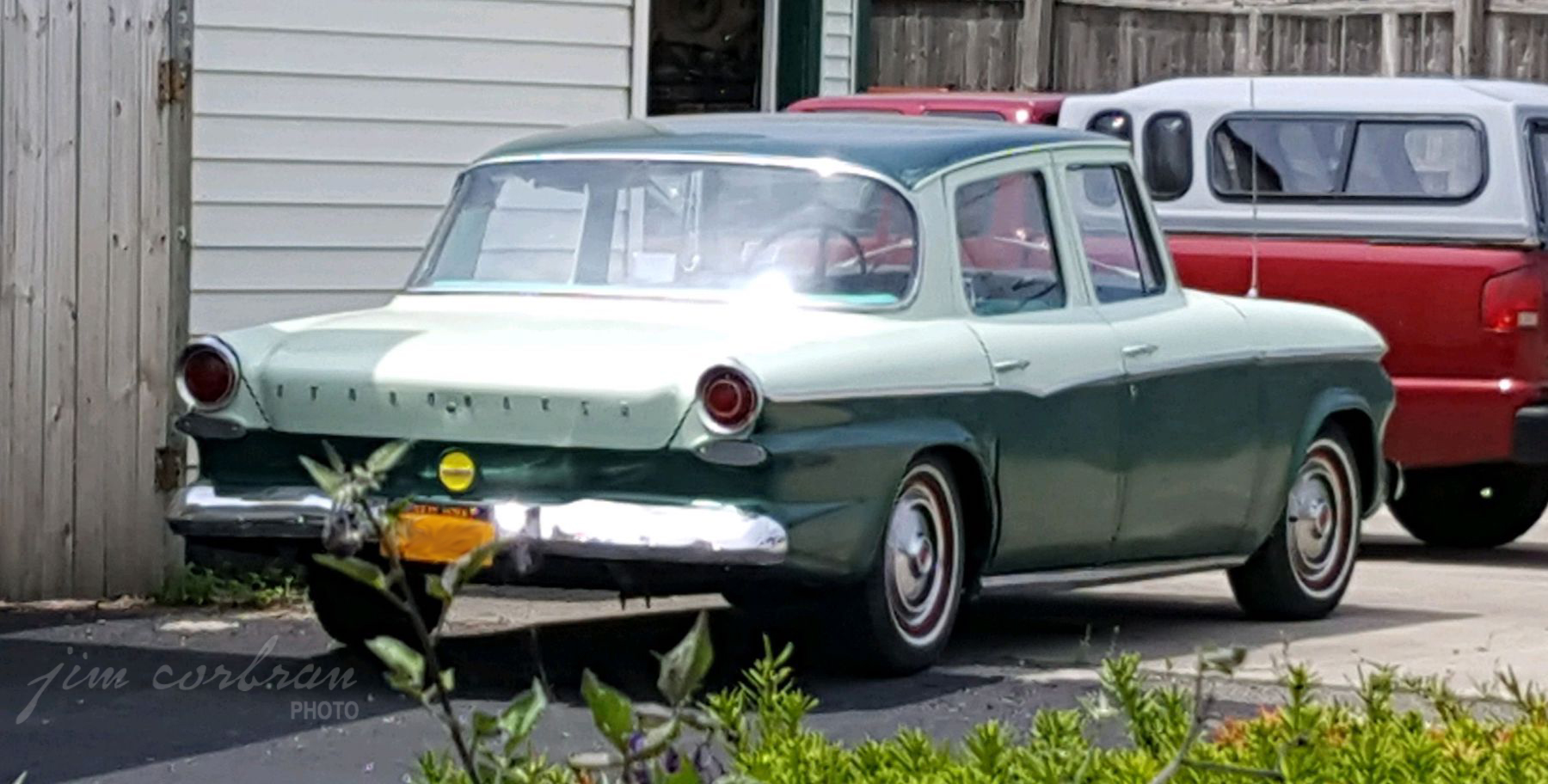 While trying to figure out if the green-on-green-on-green paint job on this 1962 Studebaker Lark is original or not, I came up blank. You’d be hard-pressed to find a photo of a ’62 Lark with any kind of two-tone combination (let alone this dark-light-dark scheme) on the internet or in Studebaker’s advertising literature. Nonetheless, it’s pretty sharp! The ’62 Larks still were offered in two wheelbases: a 109” version on the two-doors — the base Lark, the Regal, and the Daytona; and a 113” version on the four-doors —, the Regal, Cruiser, and station wagon. Three engine sizes were offered: a 259cid V-8, which was standard on the Cruiser and Lark Eight, a 169.6cid inline six (standard on Lark Six), and 289cid V-8 which was optional on the Lark Eight and Cruiser. Saw this nice sedan last week while passing through Woodlawn.