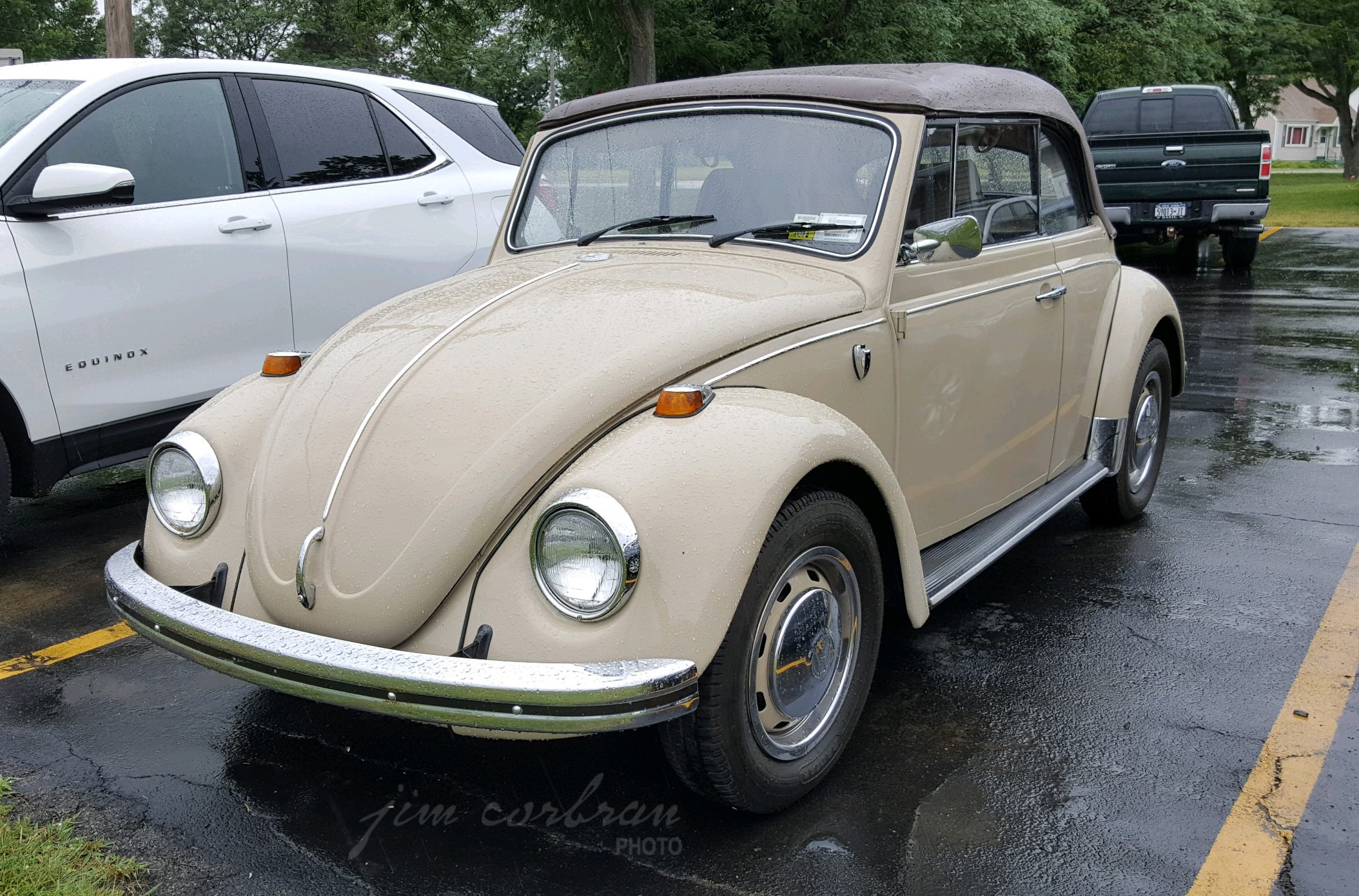 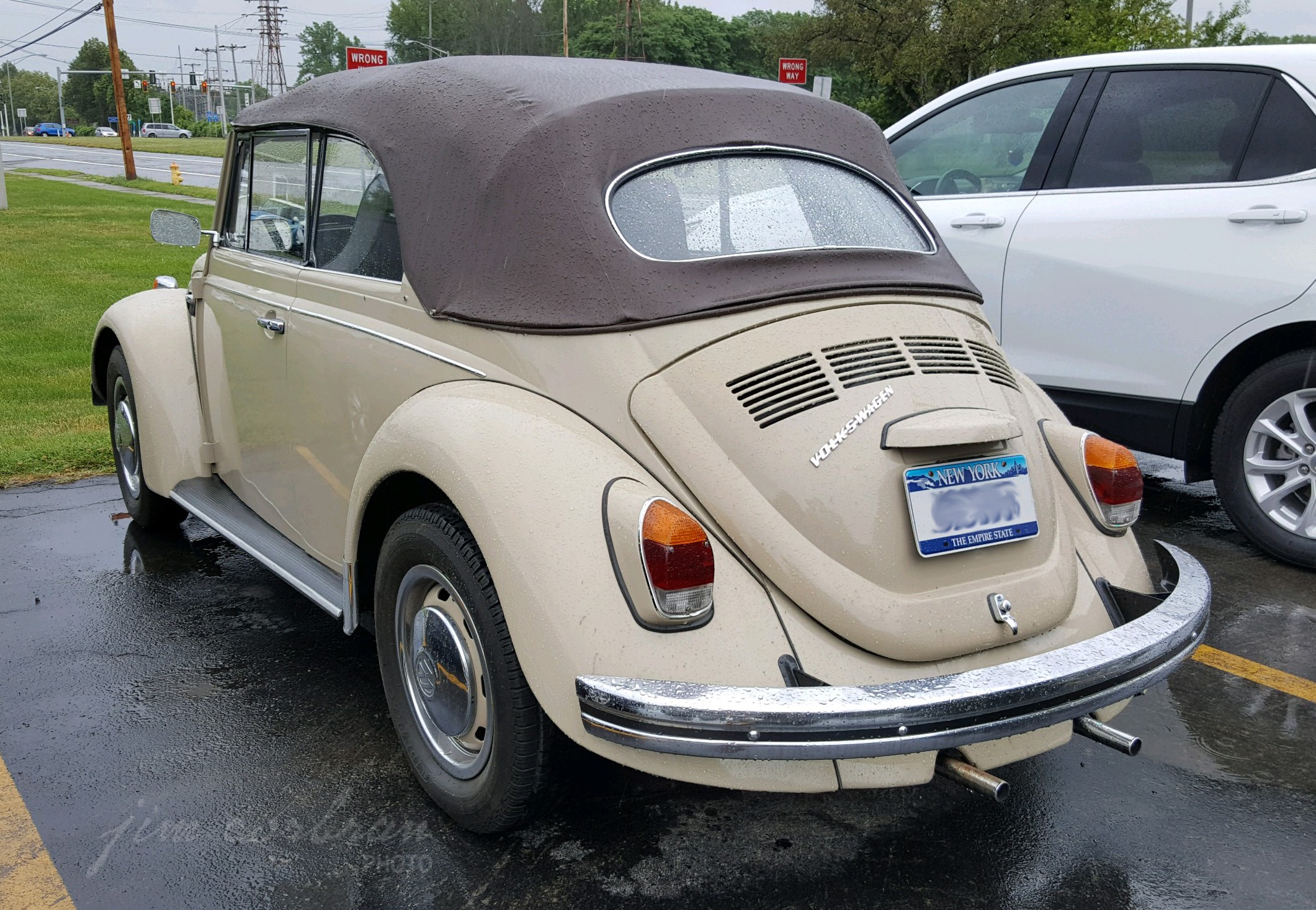 Came across this Savannah Beige 1968 Volkswagen yesterday during a light rain in North Tonawanda. Some might call it a “Cabrio” but VW, at least in 1968, still referred to their open-roofed Beetles as convertibles. (FYI, “cabrio” is short for “cabriolet” which, according to Google’s etymology, derives from the French “cabriole” — goat’s leap — which in turn comes from “cabrioler” — to leap in the air — which all sounds like a pretty long journey to take to arrive at another word for a disappearing top!) The VW enthusiasts’ page thesamba.com tells us that there were a total of 13,354 1968 VW convertibles produced, but they don’t provide a breakdown between the Beetle and Karmann-Ghia versions. VW’s 1968 brochure informs us that actor Paul Newman bought his first VW in 1953, and up to that point had owned four of them, including the 1963 convertible seen below. 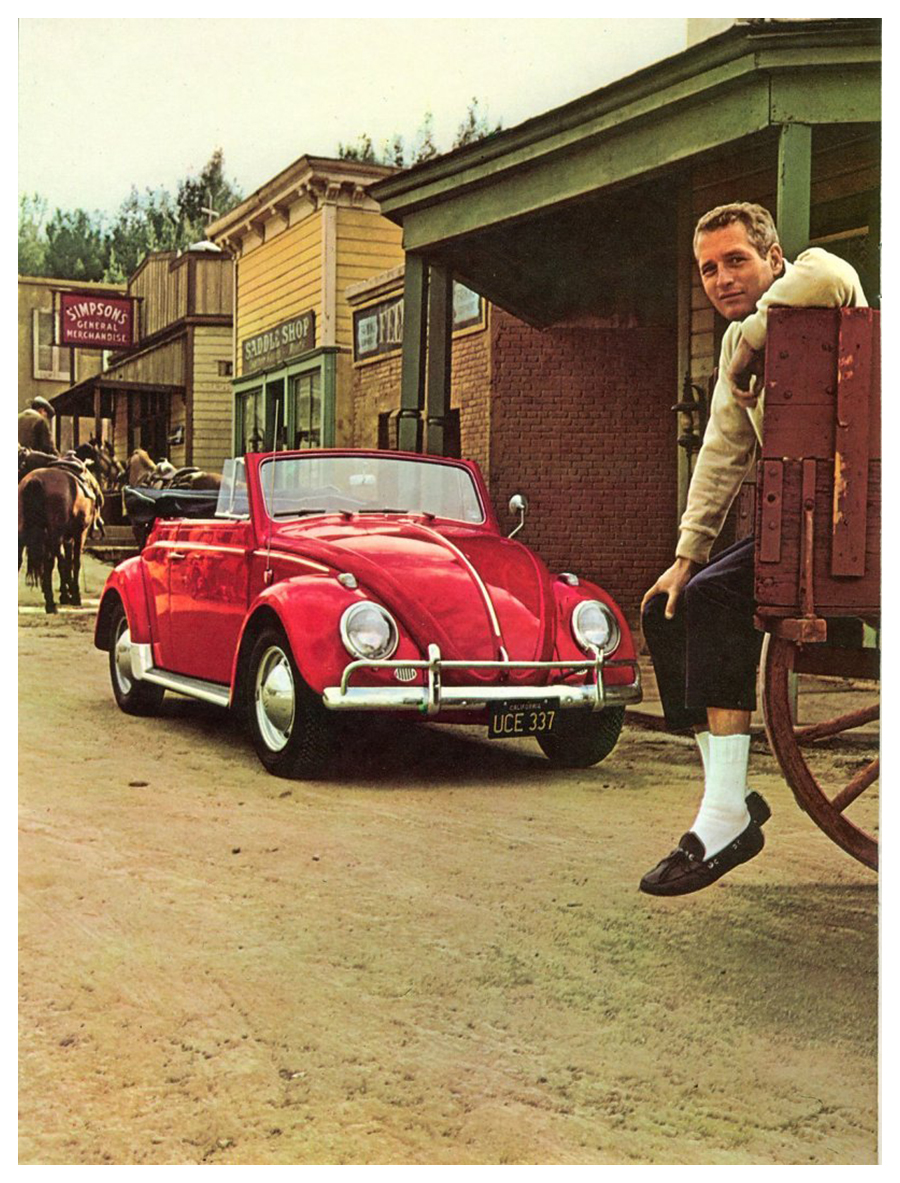