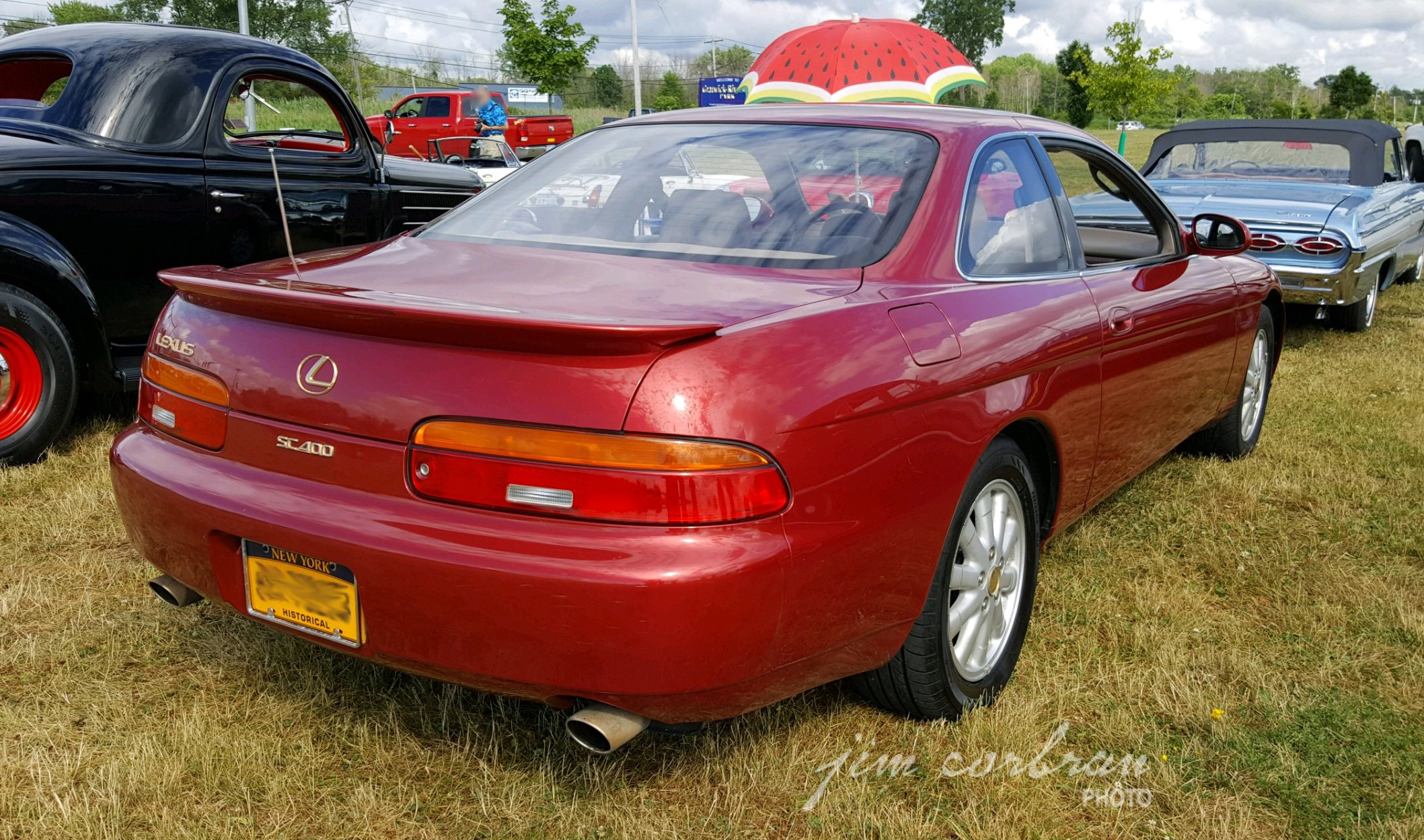 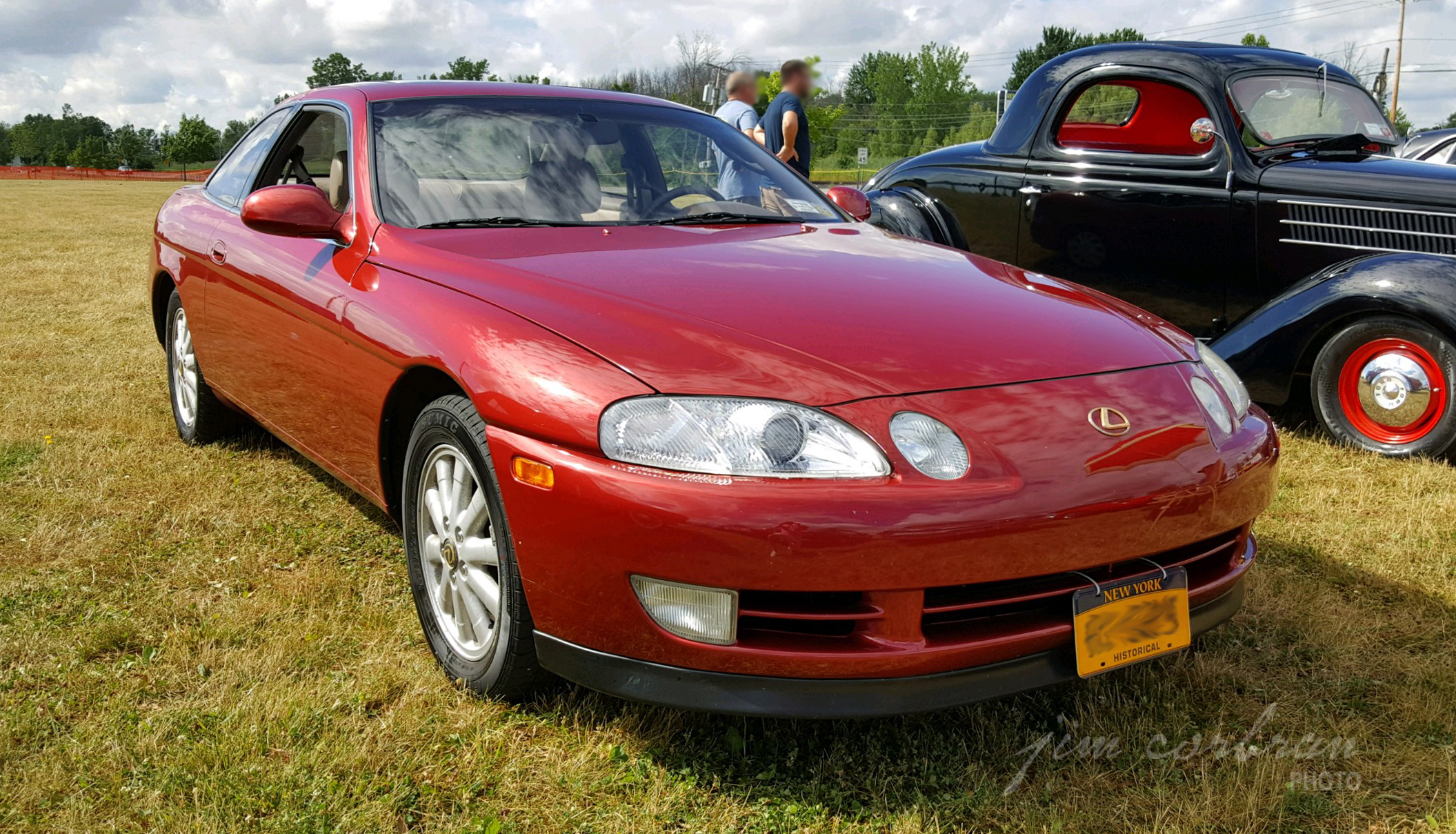 This gorgeous 1992 Lexus SC 400 is owned by Buffalo’s Zachary Jenney, and we’ve been meaning to get pictures of it since he bought it last year. Fate finally brought Zac, me, and the SC 400 together in one place last week when we both ended up with our cars in Tonawanda at the Canal Fest Car Show. The SC 400’s Toyota roots are pretty evident in these photos, with more than a passing resemblance to the Supra (and Celica) of that era. It was sold in the Japanese home market as the Toyota Soarer, and it debuted in the U.S. in the summer of 1991 as a 1992 model, where 20,667 were sold that first year. Equipped with a 4.0L V-8, the SC 400 was named Import Car of the Year by Motor Trend magazine; it was also named to Car and Driver magazine’s Ten Best List. Lifting the hood of Jenney’s Garnet Pearl coupe revealed the engine’s two distributors — one for each side of the V-8. Who knew? (Certainly not the mechanically challenged me, Lol.) We’ll leave you with another bit of SC 400 trivia: according to an article on Hagerty.com, all but one SC 400 came equipped with an automatic transmission —and that one was built with a five-speed for Jim Press, who was at the time President of Toyota North America.