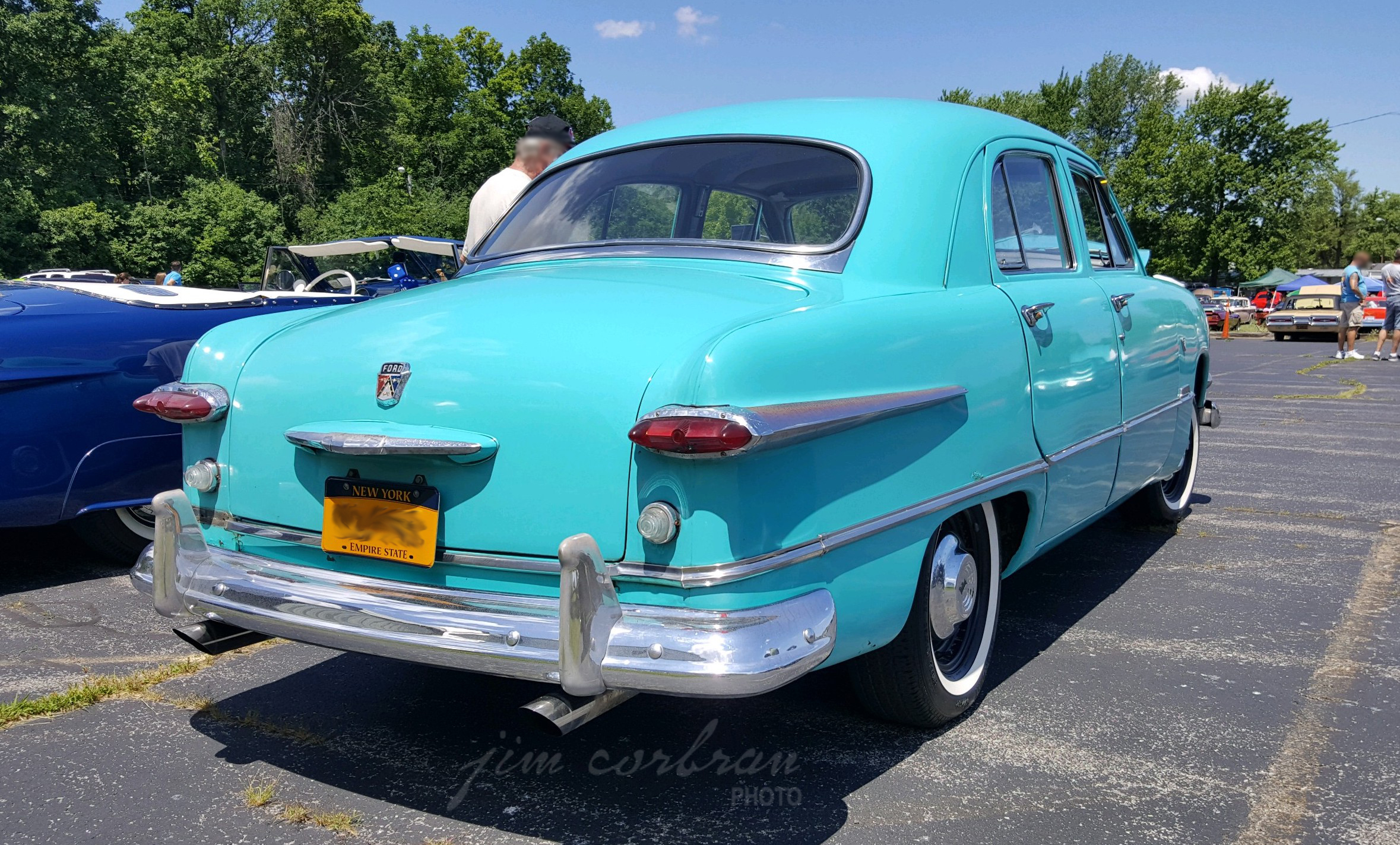 Yes, in the 1950s, American automobile manufacturers were known for offering some very colorful factory paintjobs. But, I don’t think this 1951 Ford Custom is necessarily wearing one of them. Ford offered three different greens for 1951: Sea Island, Sportsman, and Greenbrier. Today’s RealRide looks more like the Skyhaze Green which was available in 1955. Looks sharp, though, especially with the whitewalls and the black rims, which show through courtesy of those dog dish hubcaps. Looking at the fender badge, this Custom Fordor seems to be equipped with Ford’s 239.4cid V-8, which at 100hp was rated a whopping five more than the straight six. Saw this one a couple of Sundays ago at the Clutch Artists Summerama Car Show, held at the George F. Lamm American Legion Post in Williamsville.