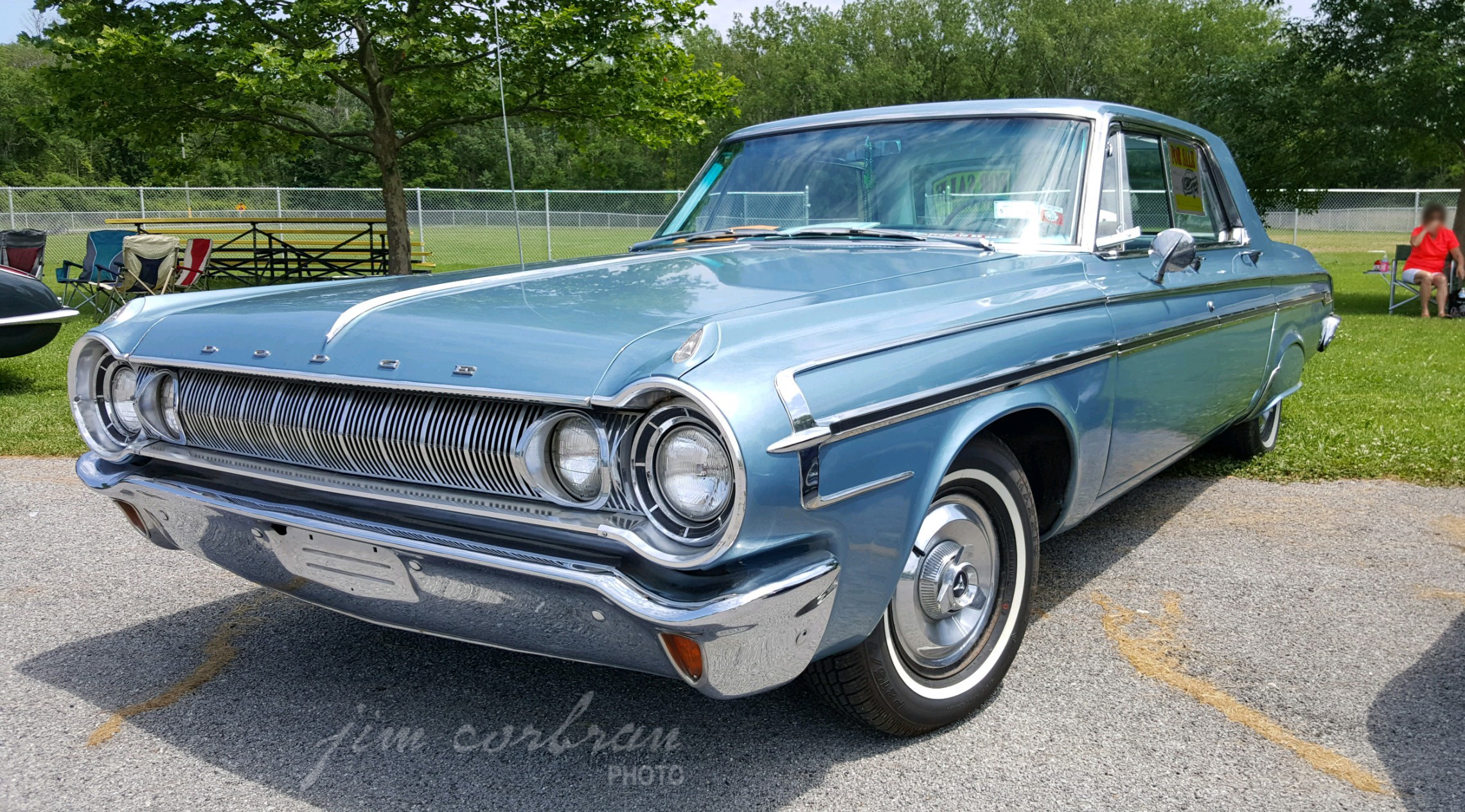 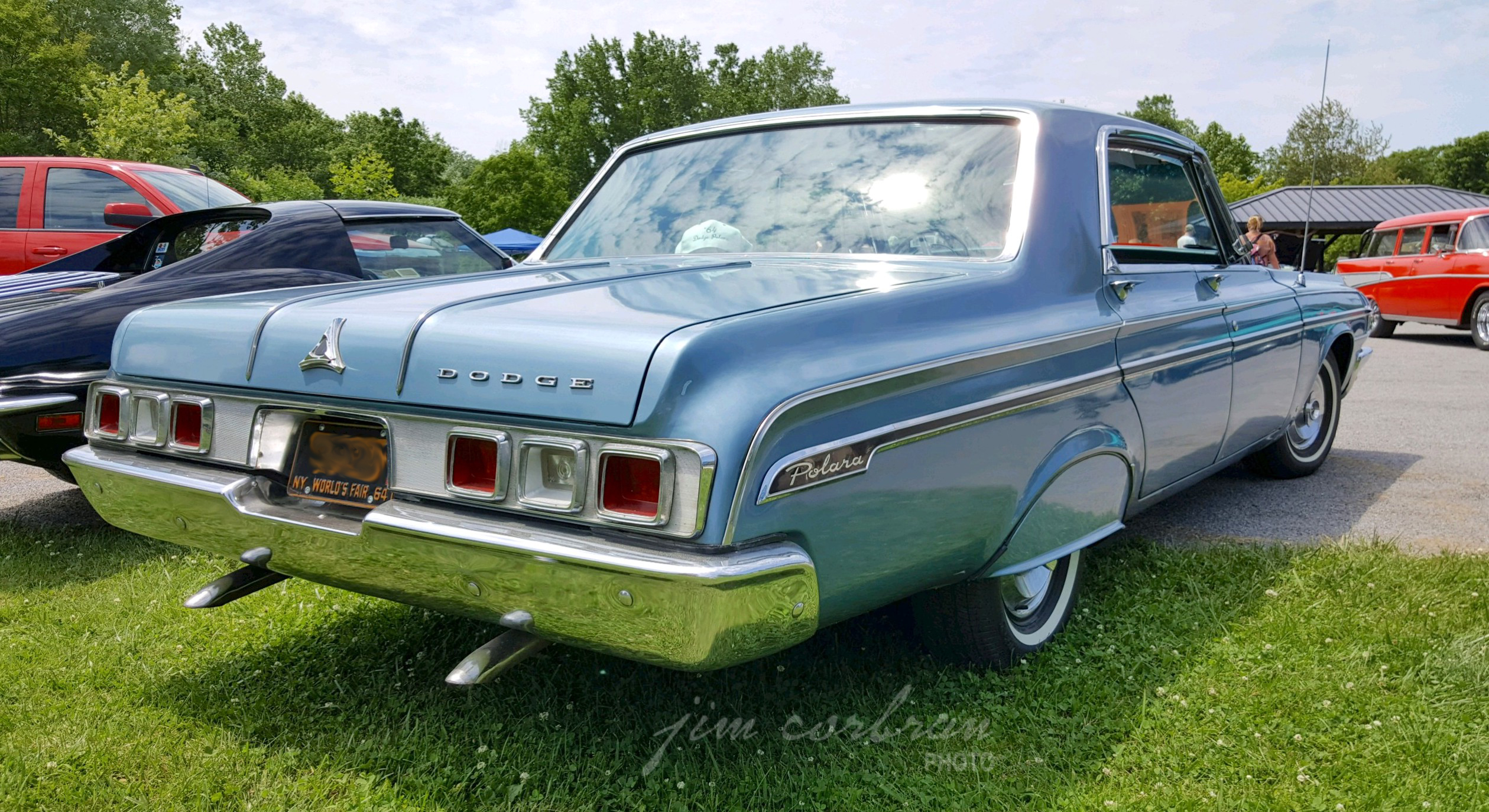 The four-door hardtop body style was in about its tenth year of the modern era when this 1964 Dodge Polara was new. The Polara was, as Dodge told us, “the top of the Dodge line.” (Apparently the brochure writers forgot about the Polara 500, as well as the larger, even-more expensive Chrysler-based 880 lineup.) Its standard equipment list included: 318cid V-8; triple taillights; vinyl-covered visors; dome light; oil pressure gauge; turn signals; cigar lighter; and individual ash receivers in both rear seat armrests. Smoke ‘em if ya got ‘em! The Polara line also offered a convertible and a four-door sedan, as well as a two-door sedan and hardtop (the latter two coming equipped with Chrysler’s 225cid Slant Six under the hood). On the station wagon side, trim-wise the 440 wagon would have been the equivalent of the Polara. Saw this nice blue example a few Sundays ago (for sale) at this year’s Harbor Cruise, which was held in Point Gratiot Park in Dunkirk.