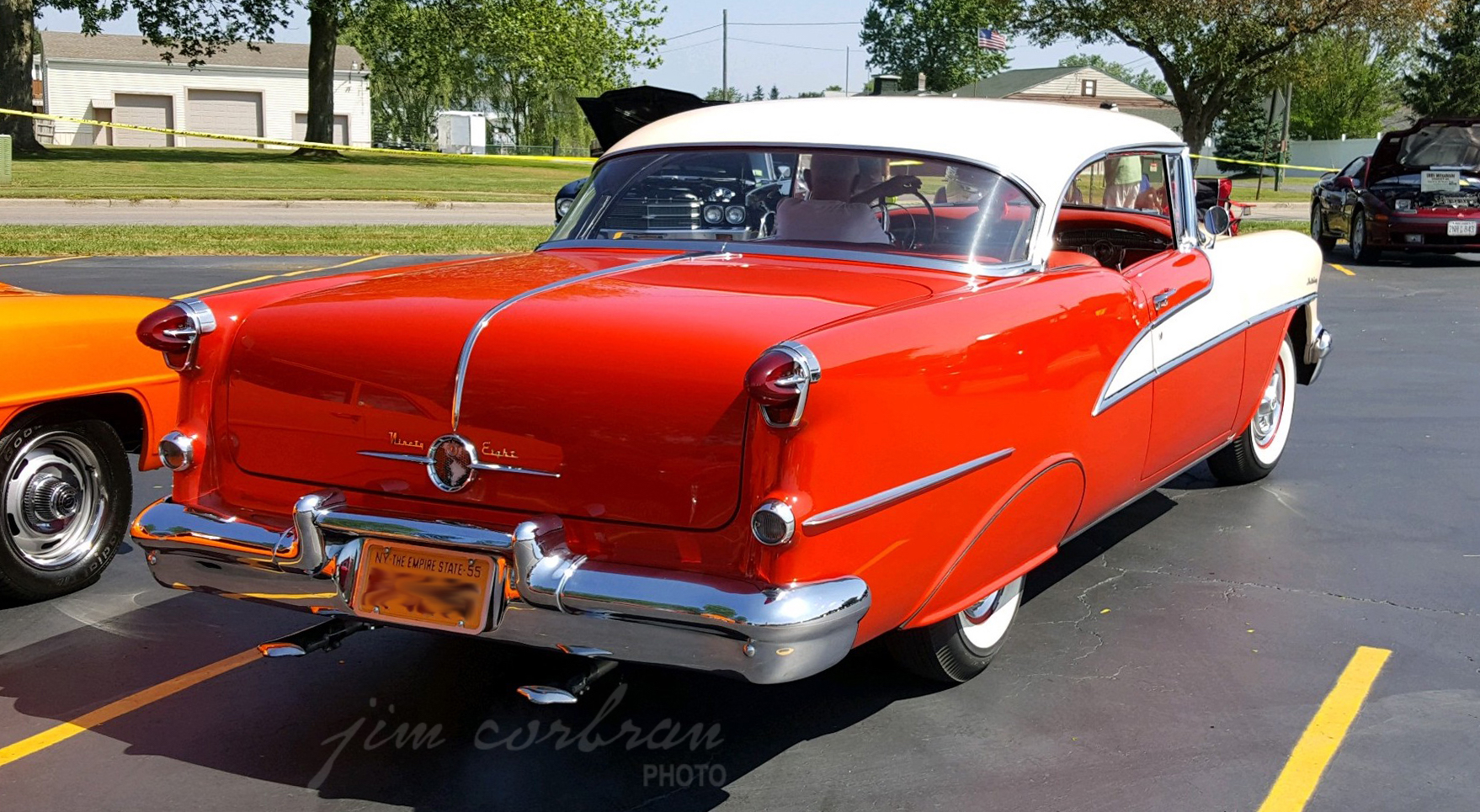 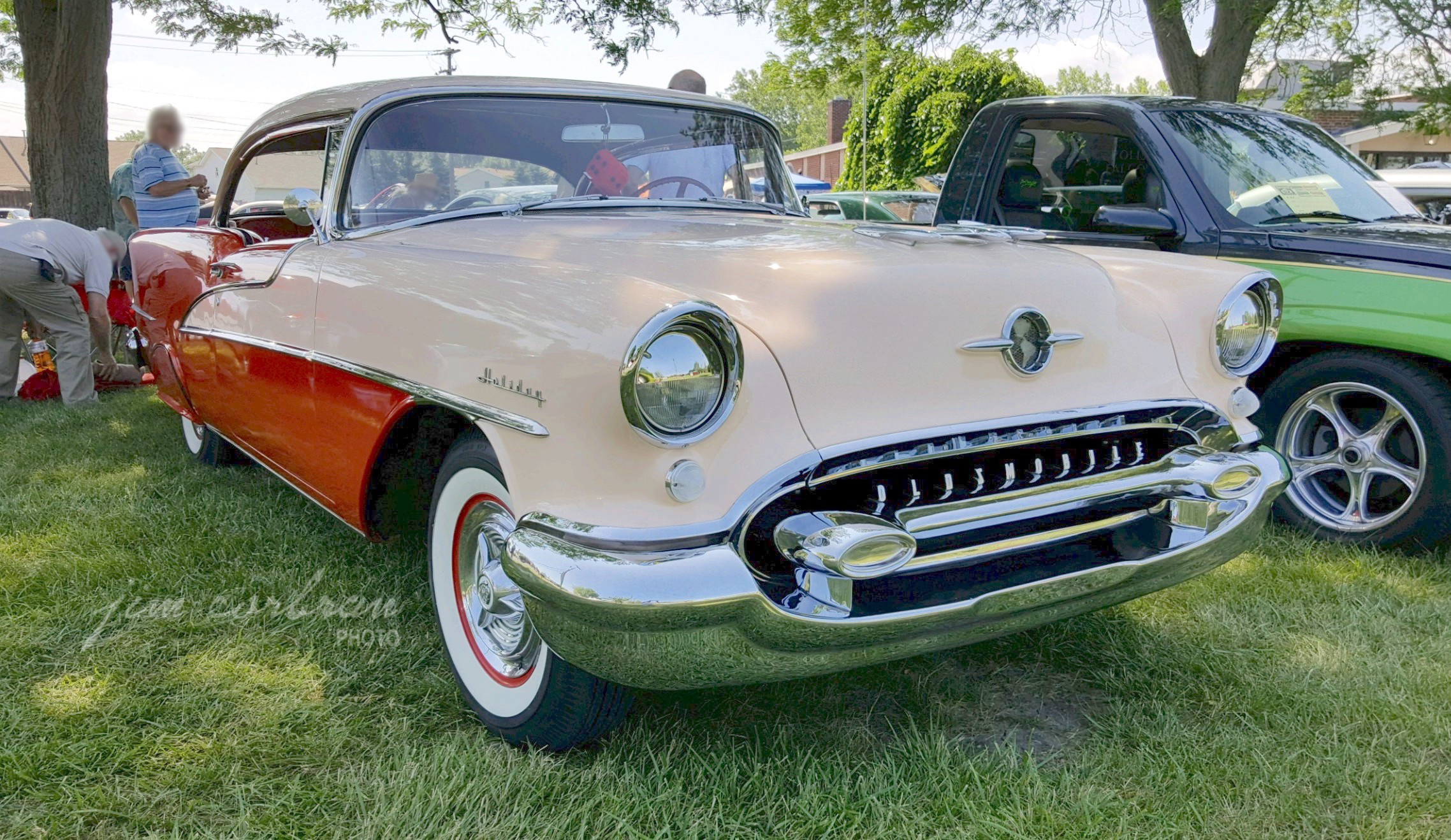 It’s pretty evident from the photograph at the top of the page that the nine-inch overall length increase enjoyed by this 1955 Oldsmobile Ninety-Eight Holiday Coupe over its less-expensive 88 and Super 88 counterparts is mostly in the rear end. The wheelbase is four inches longer, but that trunk seems to go on forever! Olds described the Ninety-Eight lineup as “Spectacular,” telling us “…it fairly sings of action with its smooth symphony of winged color-toning.” Under the hood was Olds’ 324cid V-8, which in the Ninety-Eight (and the Super 88) put out 202 hp. A three-on-the-tree was standard, but I’ll bet not too many Ninety-Eights left the factory equipped with one, as Olds offered the Hydra-Matic Super Drive automatic as an extra-cost option, and stick shifts were definitely falling out of favor in these upper crust cars. Saw this nice Burlingame Red/Polar White example at the Polish Falcons 3rdAnnual Super Cruise in Depew earlier this month.