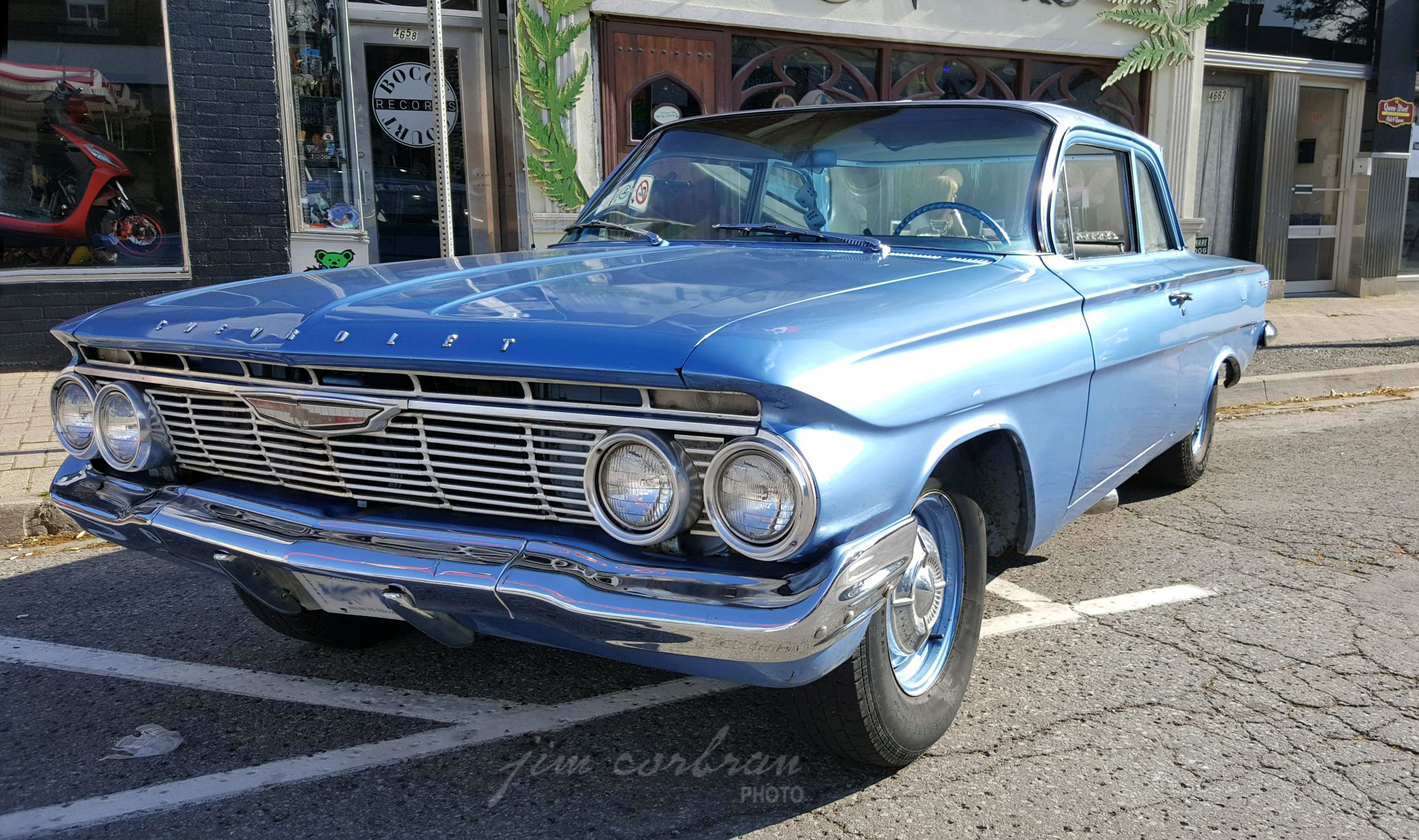 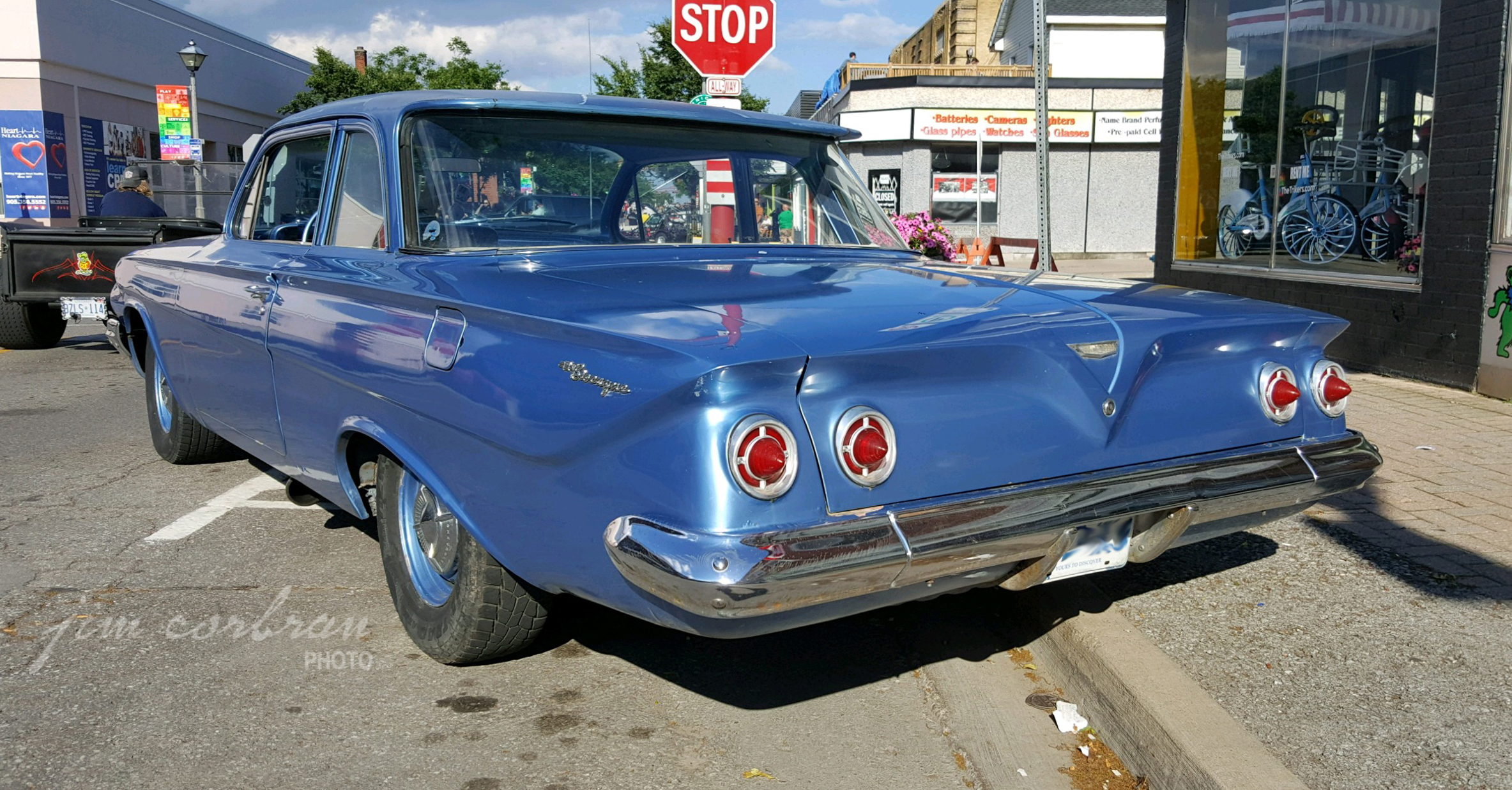 A quick glance at this bottom-of-the-heap 1961 Chevrolet Biscayne two-door sedan might evince the comment “Nice to see that one of these original, low-budget cars survived intact.” Then, you look closer and see just a bit of a header poking out beneath the door. Not likely that this was Joe Salesman’s company car back in the day — at least not as it sits today. Standard engine on the ’61 Biscayne was either Chevy’s 235.5cid High-Thrift inline six, or the Economy Turbo-Fire 283cid V-8 with a 2-bbl carb. Options included: a 4-bbl 283 and a 4-bbl 348cid V-8. Also in Chevy’s engine lineup was a triple two-bbl carb 343, and later (and only on the newly introduced Super Sport models), a 4-bbl 409cid V-8. This blue two-door was seen a few weeks back at a weekly Cruising on the Q Tuesday night event on Queen Street in Niagara Falls, Ontario.