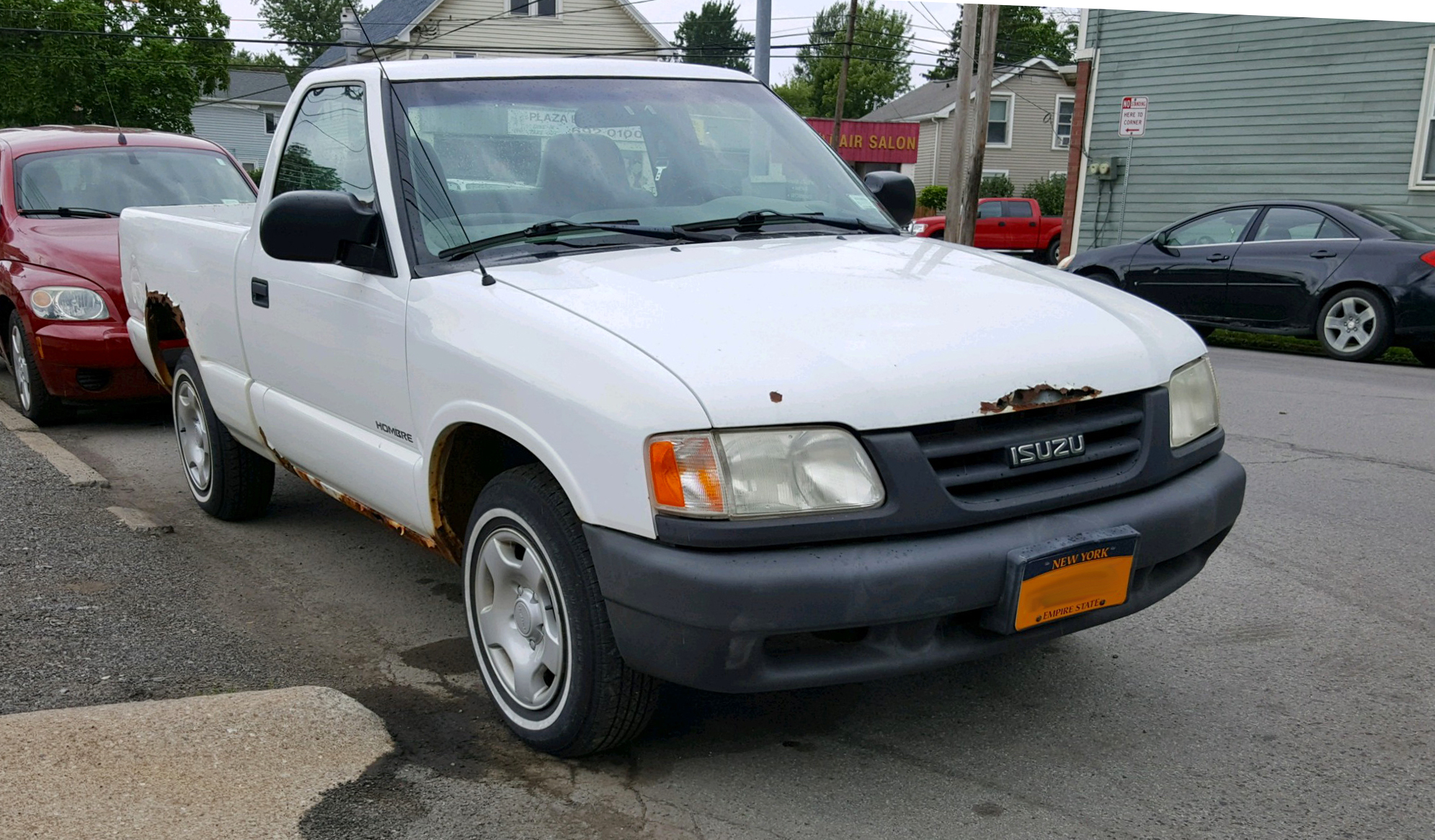 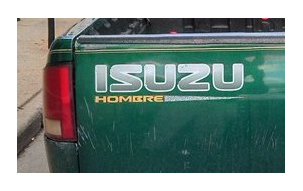 For today’s RealRide we make another visit to the I-Know-It’s-Not THAT-Old, but Hey!... department. For your perusal: a 1998 Isuzu Hombre. In the Hombre’s brochure, Isuzu claims to be Specialized Worldwide Builders of Adventure Machines. But, as you probably already know, the Hombre wasn’t one of them. It was actually built by General Motors, a clone of the Chevy S-10 and GMC Sonoma with a different grille and fewer variations. Hombre badging could be found on the doors, and (except for today's example) the tailgate (see green example). This wasn’t the first Isuzu/GM pickup collaboration, as before the Hombre there was the imported Chevy LUV, a bit of role reversal as the LUV was built by Isuzu in Japan, based on their home-market Faster, which was also sold in North America wearing one of my all-time favorite badges — the Isuzu P’UP. (get it?). This rare Hombre was seen a couple of days ago parked a block down from the RealRides offices in Tonawanda.