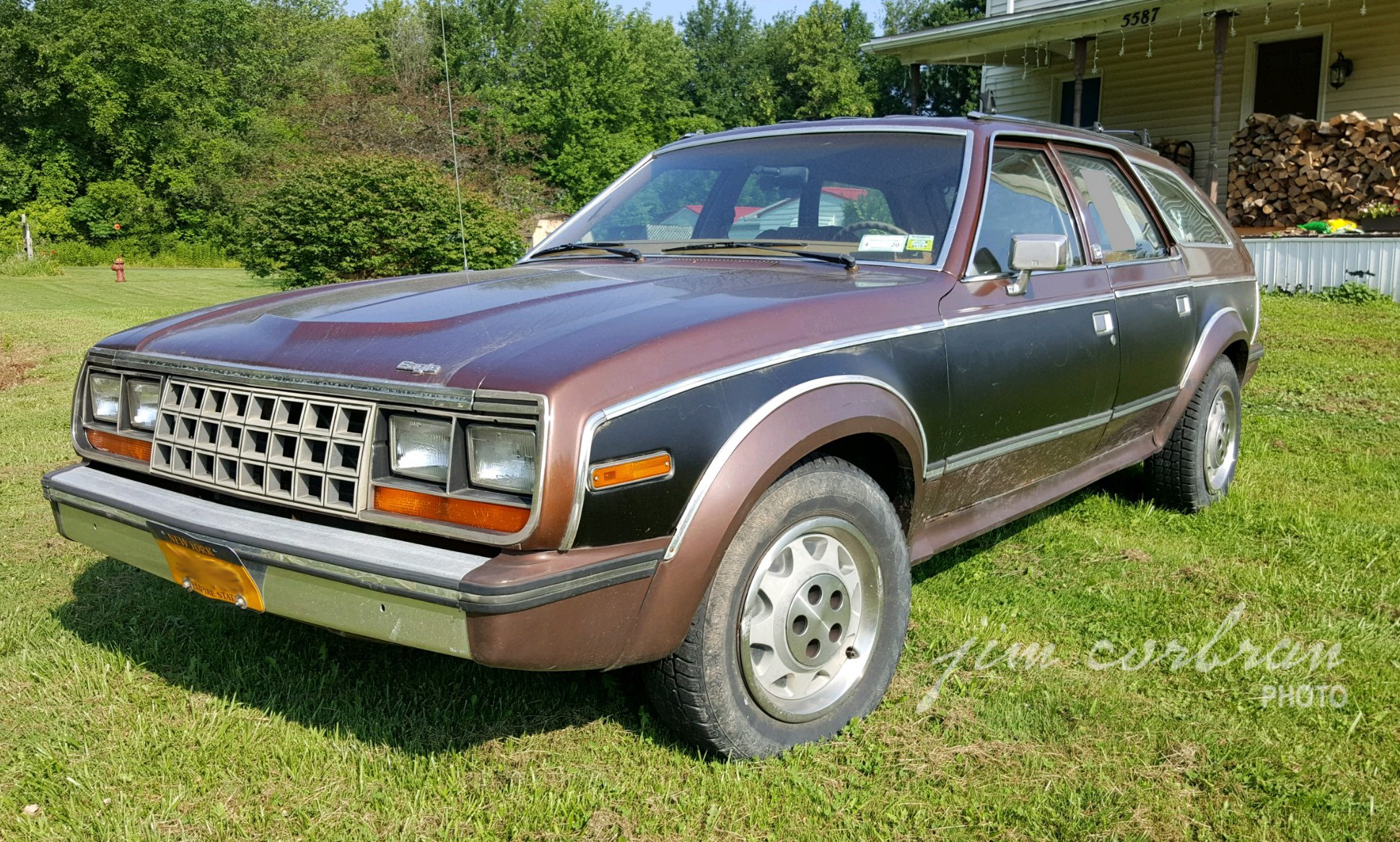 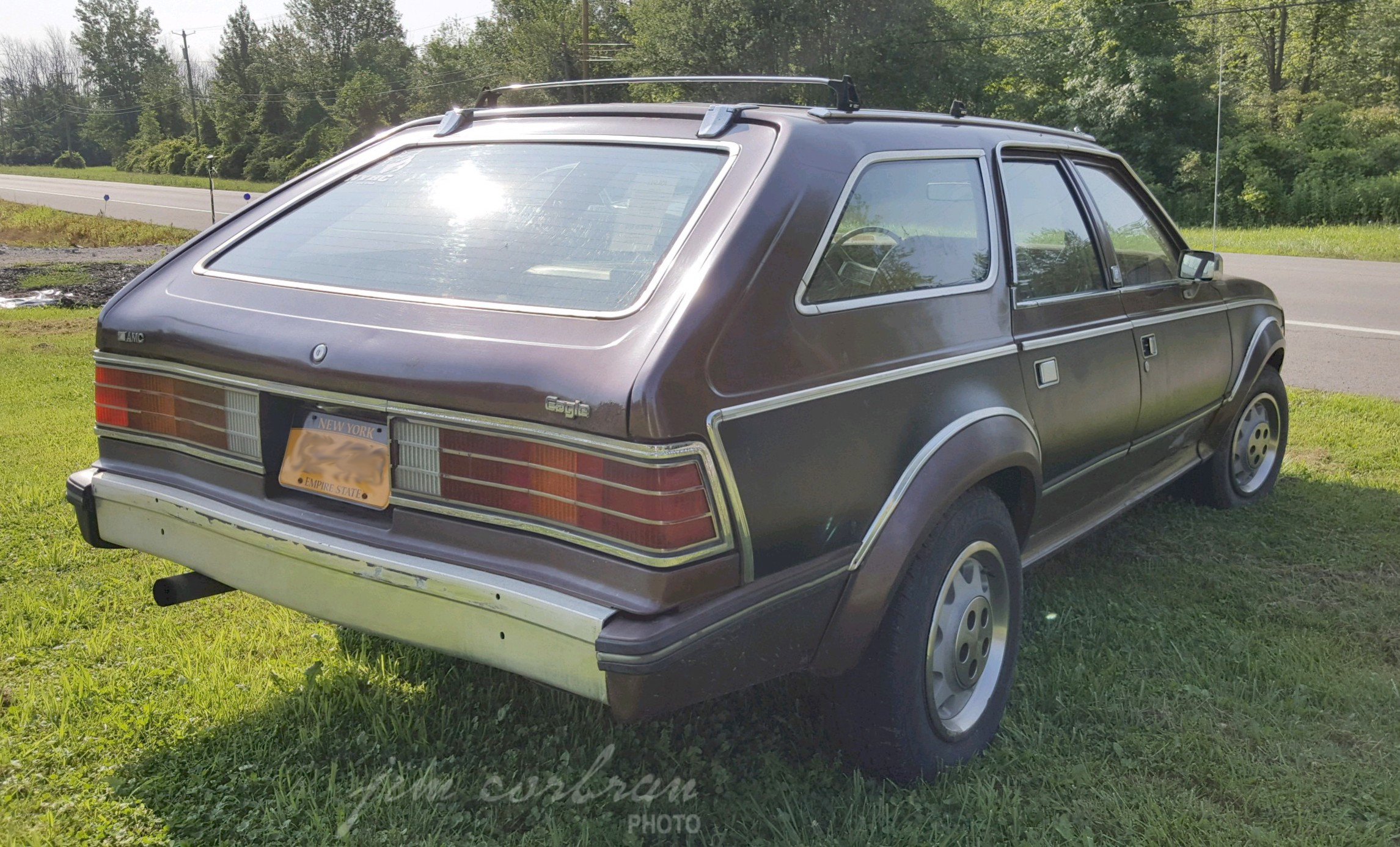 If nothing else, you’ve gotta admit that American Motors was ahead of its time with this car. Today’s RealRide, a 1985 AMC Eagle, was one of the Kenosha manufacturer’s last hurrahs in the automobile business. Call it the first modern crossover if you will. Based on the Concord series (which itself evolved from the popular Hornet compact), the Eagle combined a rather rugged 4-wheel-drive system with traditional automotive comfort — a combination not yet seen in North American showrooms (outside of AMC's own Jeep Wagoneer). The Eagle was produced from model years 1980 – 1987. For 1981, the lineup was expanded to include the SX/4 models, which were based on the smaller Spirit hatchback and sedan. This brown example was found last week (for sale) along a roadside in the town of Newfane.