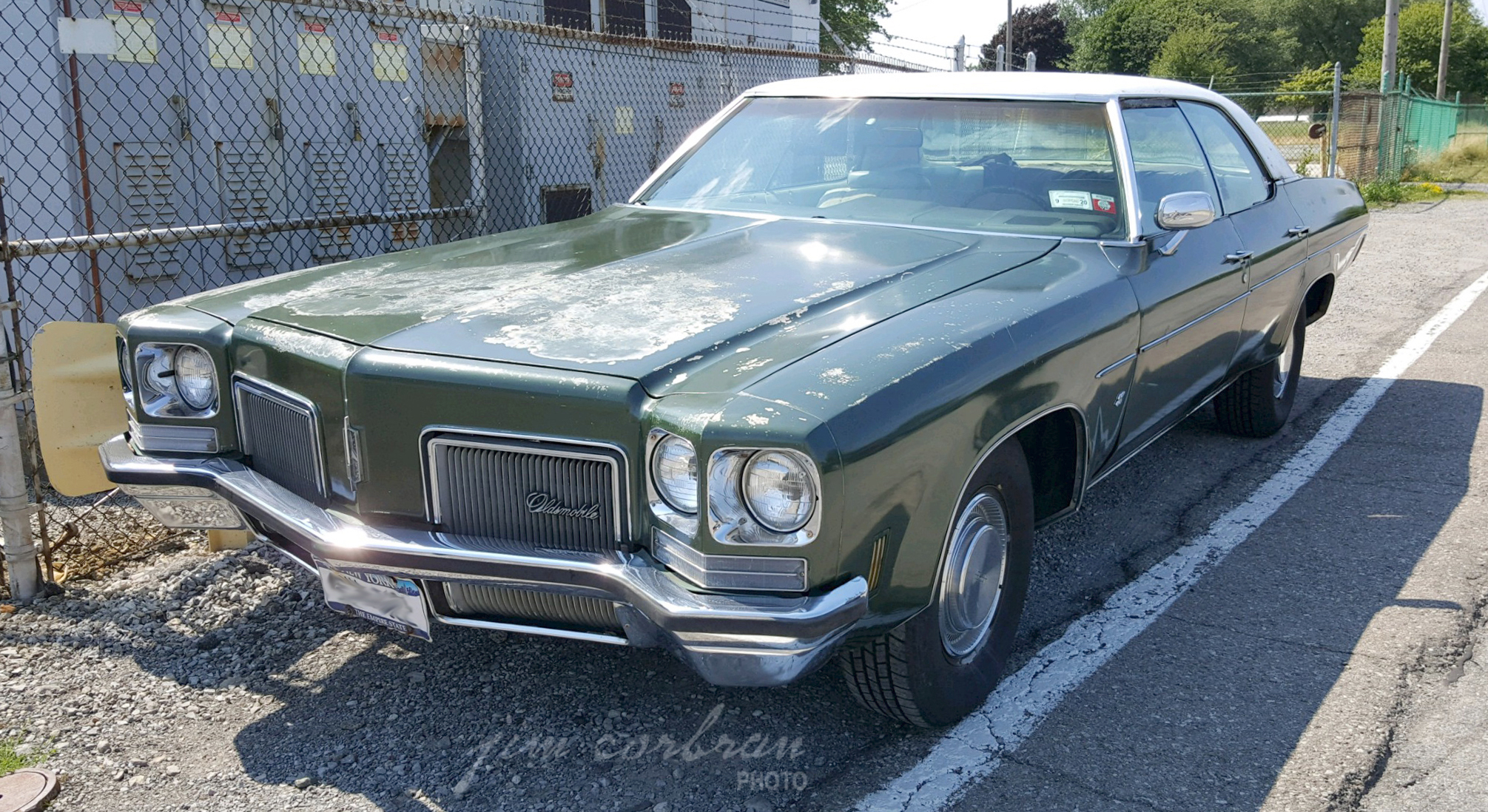 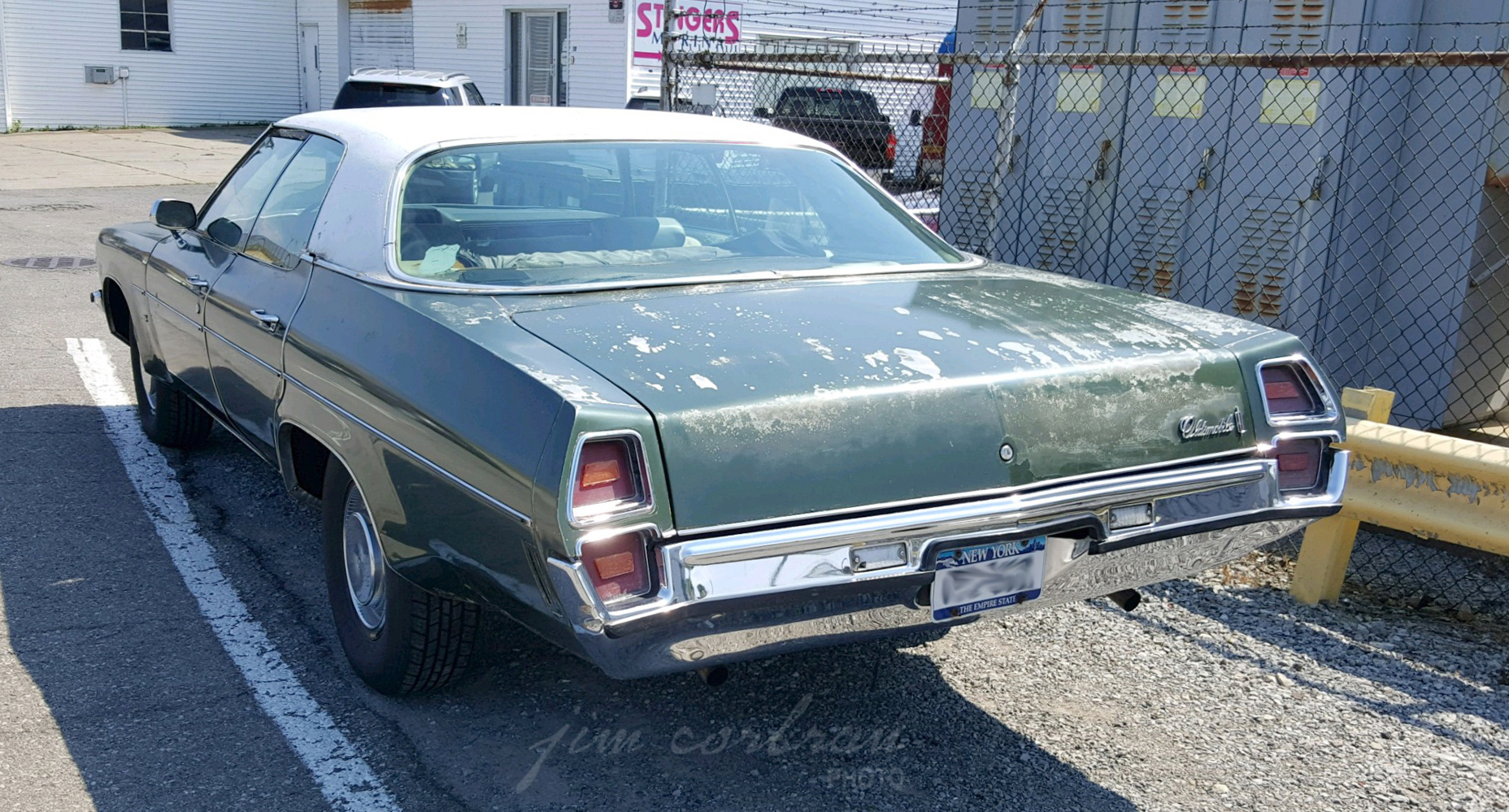 Back when this 1972 Oldsmobile Delta 88 was new, North American car manufacturers still seemed to think its buyers were hung up on size. Erm, size and weight, as we were reminded — in print — that the Delta 88 was “…heavy, over 4,200 pounds, with a long 124-inch wheelbase.” It was also equipped with a rather erotic-sounding “G-Ride System,” with which “roadability becomes smooth.” Today’s RealRide, seen a week or two ago in Tonawanda, is a hardtop sedan. These pillarless models used to be called “Holidays” in Olds-speak, but that moniker went away after the 1970 models. The ’72 Delta 88 was also available as a two-door hardtop and a four-door sedan. Their standard powerplant was a Rocket 350 V-8, rated at 160 hp, and it was connected to a three-speed Turbo Hydra-Matic transmission. Over 46,000 of these four-door hardtops were produced for MY 1972.