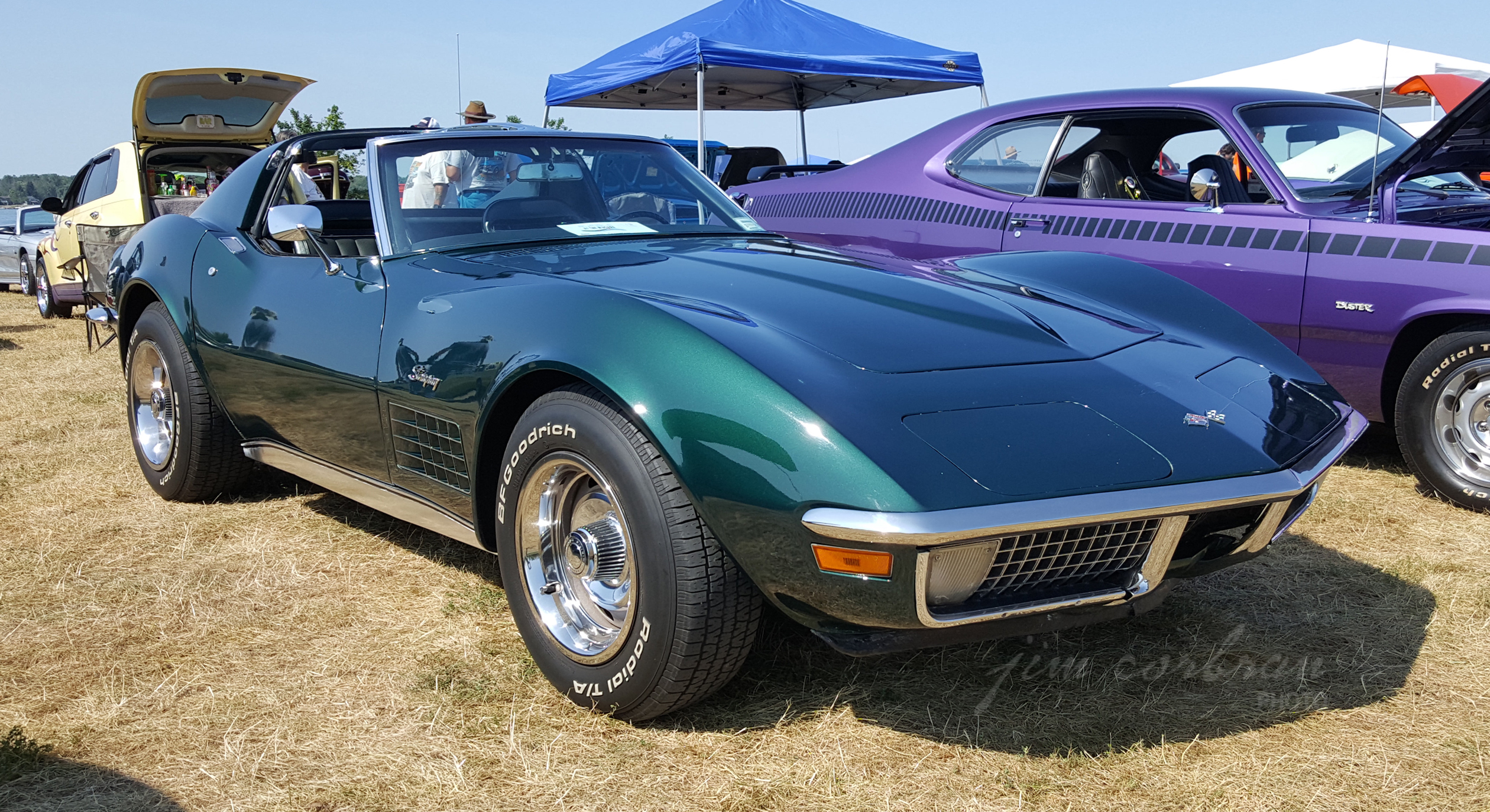 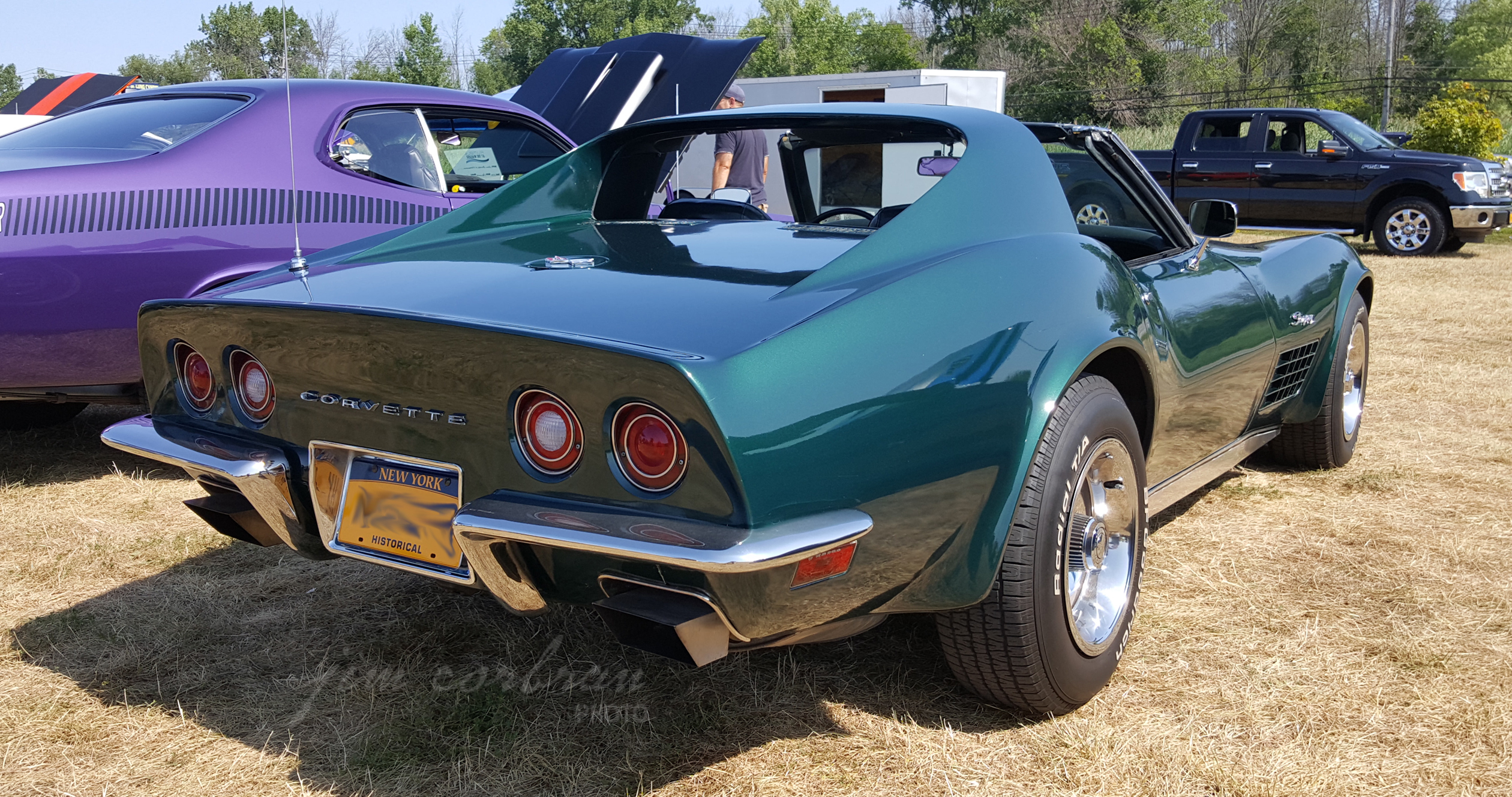 This 1971 Chevrolet Corvette represents my favorite generation of America’s sports car — which covered the model years 1968-72. I know, purists (experts, even) might say that these particular cars spanned the years 1968-82, but from a styling standpoint, I think a line was crossed when the federally-mandated bumper regulations spelled the end of the Vette’s chrome bumpers — the one on the front disappeared in ’73, and the rear one followed in ’74. (I also have a problem with Wikipedia lumping the ’53-55 models in with the ’56-62 cars. But that’s another argument for another day.) The 1971 models were still available in either convertible (7,121 produced) or t-top coupe (14,680) versions. Standard engine was a 350cid 210-hp V-8, and options ranged up through a 275-hp 350 and two different 454s, of 285 and 325 hp. As Chevy pointed out in their sales literature, these horsepower ratings were “as installed.” Saw this nice Brands Hatch Green coupe over the weekend at the Rumble at the Niagara Car & Bike Show held during the annual Thunder on the Niagara hydroplane races at Gratwick Park in North Tonawanda.