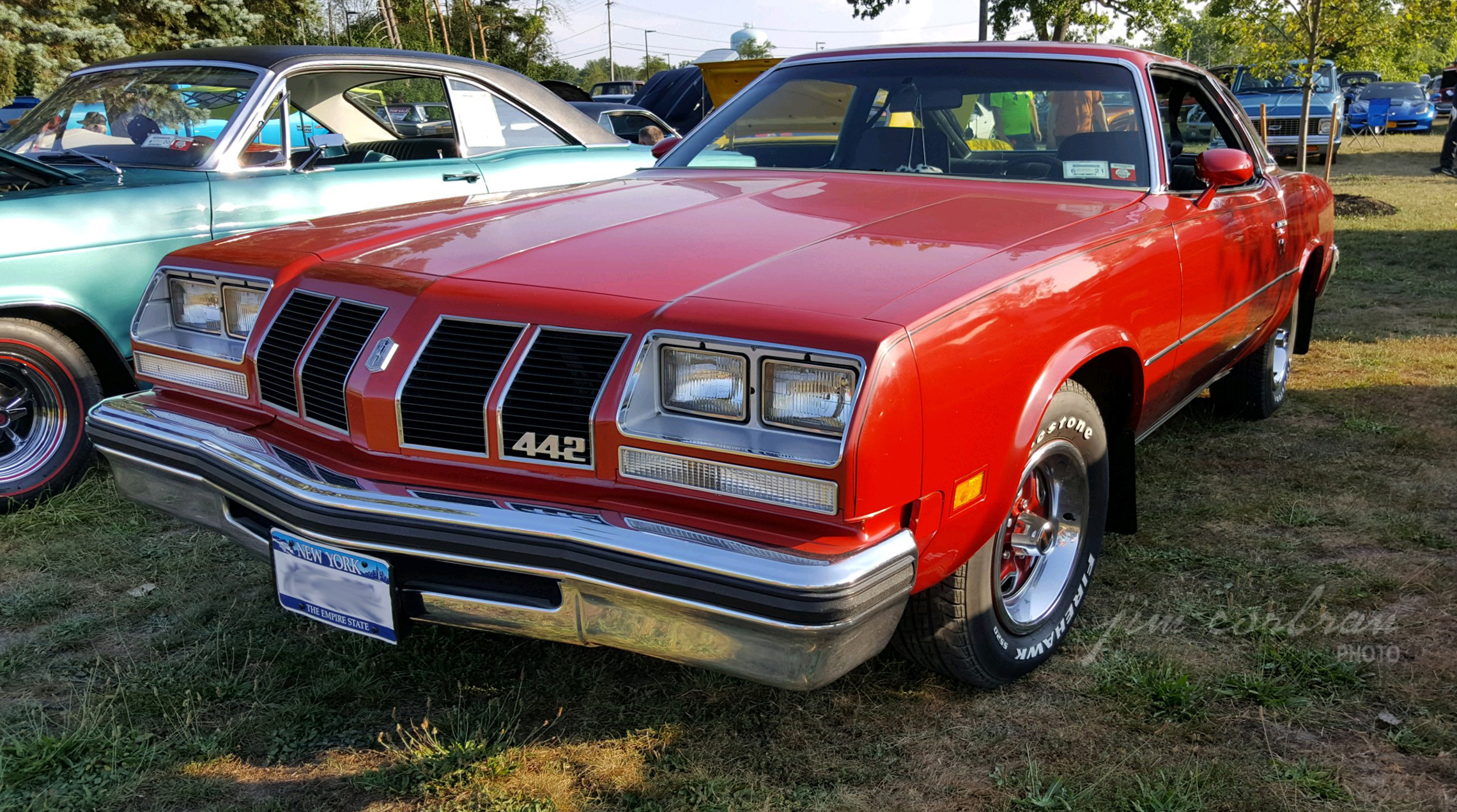 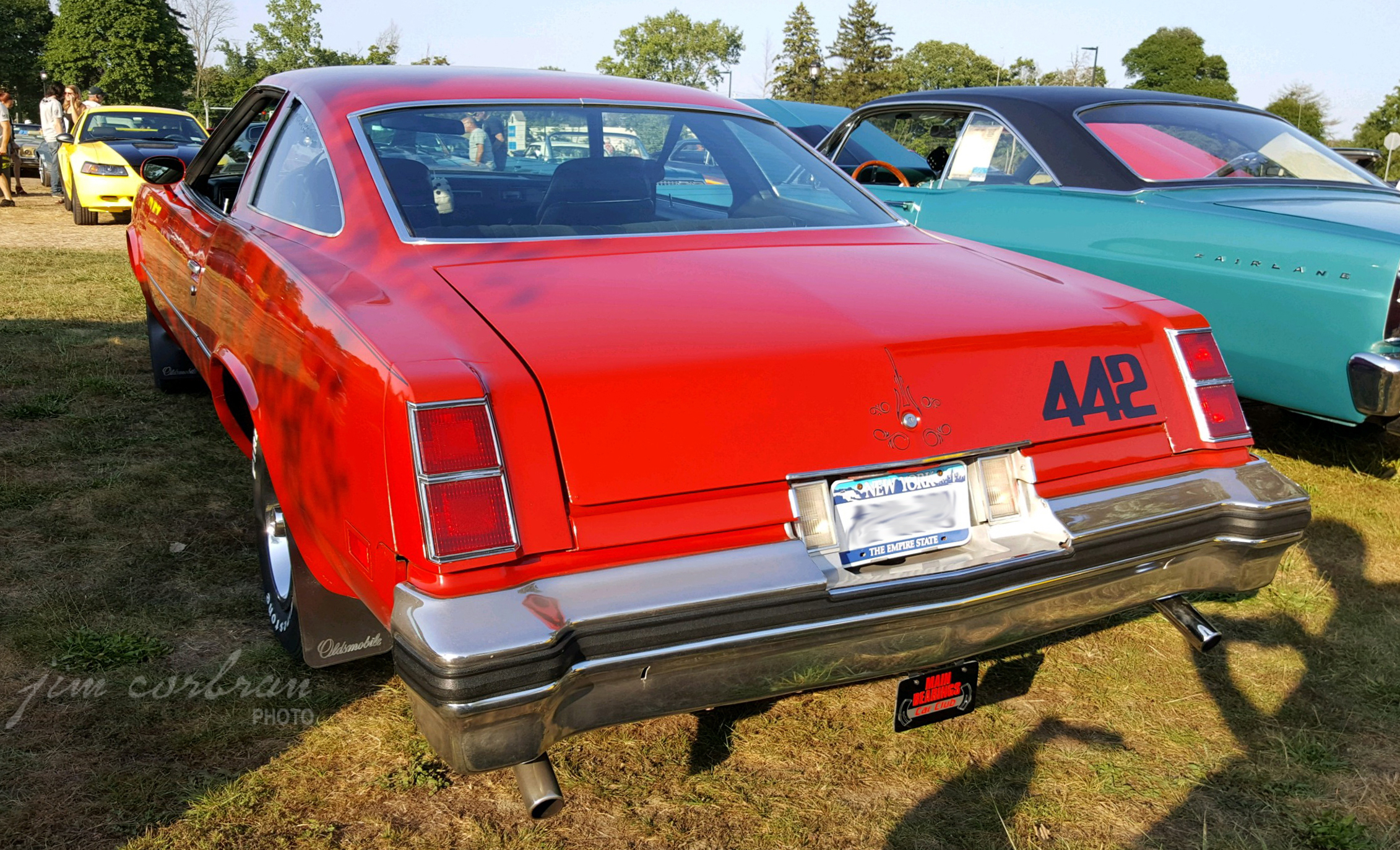 This 1977 Oldsmobile Cutlass 4-4-2 is from the brand’s final year for the Colonnade styling (pillared cars with frameless door glass). For MY 1978, some of Olds’ mid-sized cars would feature the controversial  (IMO) aeroback shape, which was shared with Buick, but (wisely) shunned by Chevy and Pontiac. The Cutlass 4-4-2 (it’s actual name for 1977) wasn’t quite the car that it was when the 4-4-2 was introduced as an option package for 1964, whose numbers stood for: 4-on-the-floor, 4-bbl carb, and dual exhausts. The ’77 models had a (as described by Olds in the brochure) “spunky 231 V6” under the hood. Standard transmission was a three-speed manual. And the duals? No. At least not with the standard powertrain. There was an optionalal 350cid 4-bbl V8, but the only transmission offered with it was a Turbo Hydra-Matic. No four-speed was even in the catalog, although a five-speed manual was offered — but only with the (also optional) 260cid 2-bbl V8. A nice styling touch on the Cutlass 4-4-2 was the sloping grille, which was much sportier-looking than the upright version seen on other Cutlass models. Saw this red example a few nights ago at the weekly Monday cruise night at the Wurlitzer Building in North Tonawanda.