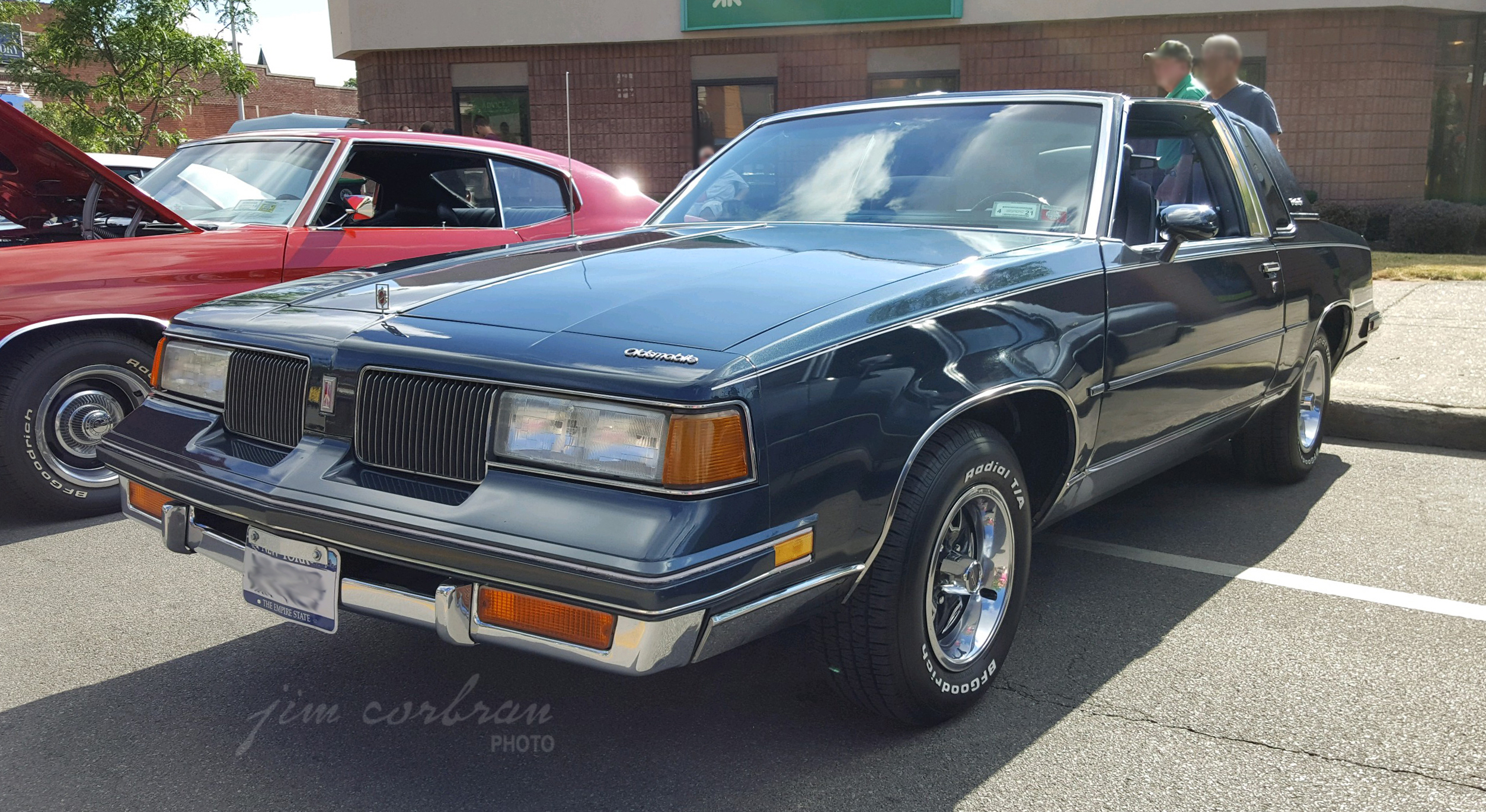 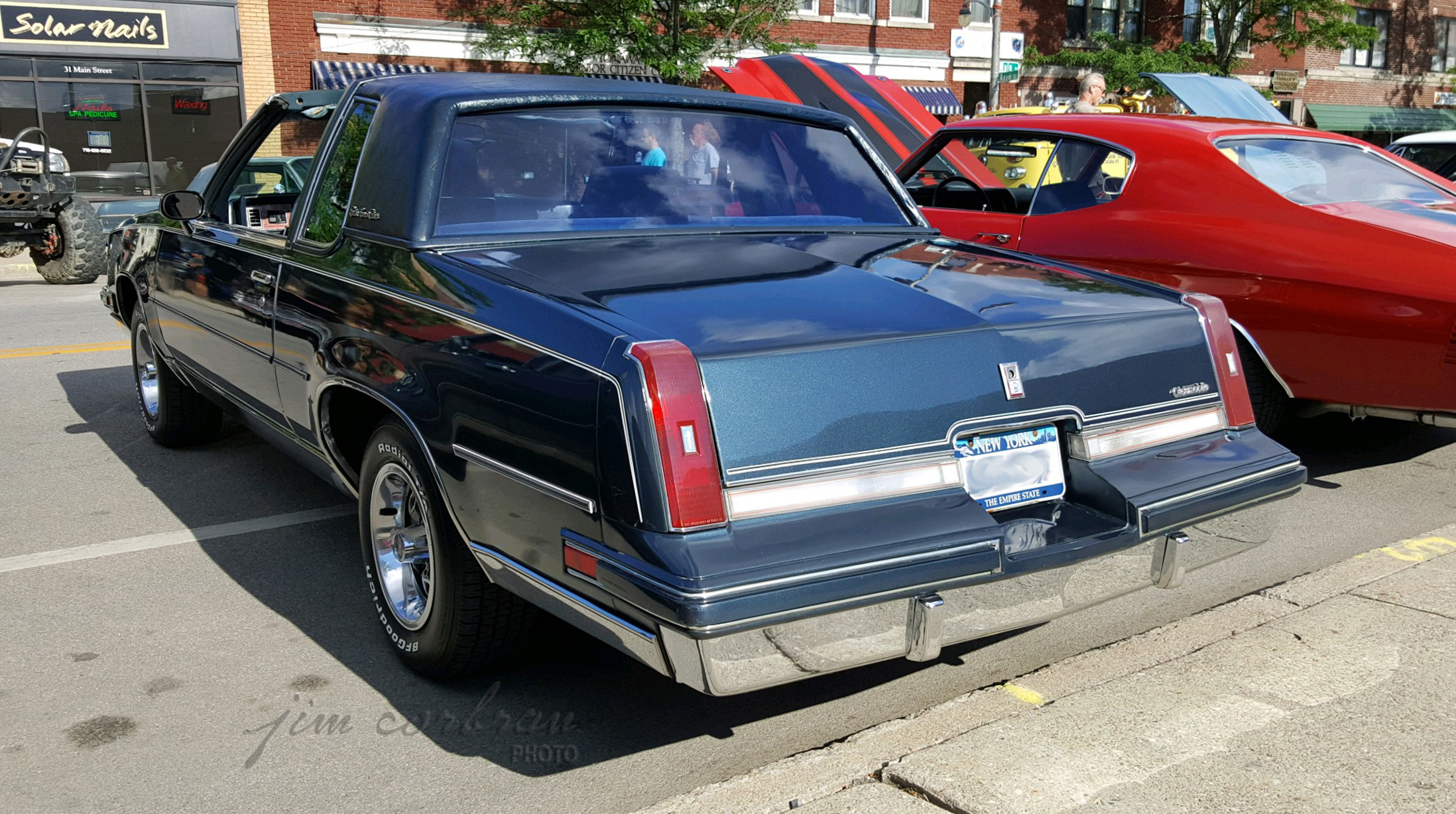 You saw a ton of these driving around in the 1980s, but it’s not often these days that you see a decent 1988 Oldsmobile Cutlass Supreme Classic out and about — especially one with a t-top. By this time, Olds was really cashing in on the popularity of the Cutlass nameplate. There was of course this model, which was the original (if you will) rear-wheel-drive Cutlass mid-size car that shared a platform with the Buick Regal, Chevy Monte Carlo, and Pontiac Grand Prix. But, there was also the mid-sized front-drive Cutlass Supreme, the smaller-than-mid-sized front-drive Cutlass Ciera, and the soon-to-come compact Cutlass Calais (not to mention the “rebadged Chevy Malibu” Cutlass of 1997-98). Today’s RealRide belongs to North Buffalo resident Jim Pasel, who bought the car in, and drove it back from, Atlanta back in 1996. The odometer is showing 202k, but you’d never guess it from looking at the car. We met Jim at this year’s Canal Fest of the Tonawandas Car Show on the Tonawanda side of the bridges.