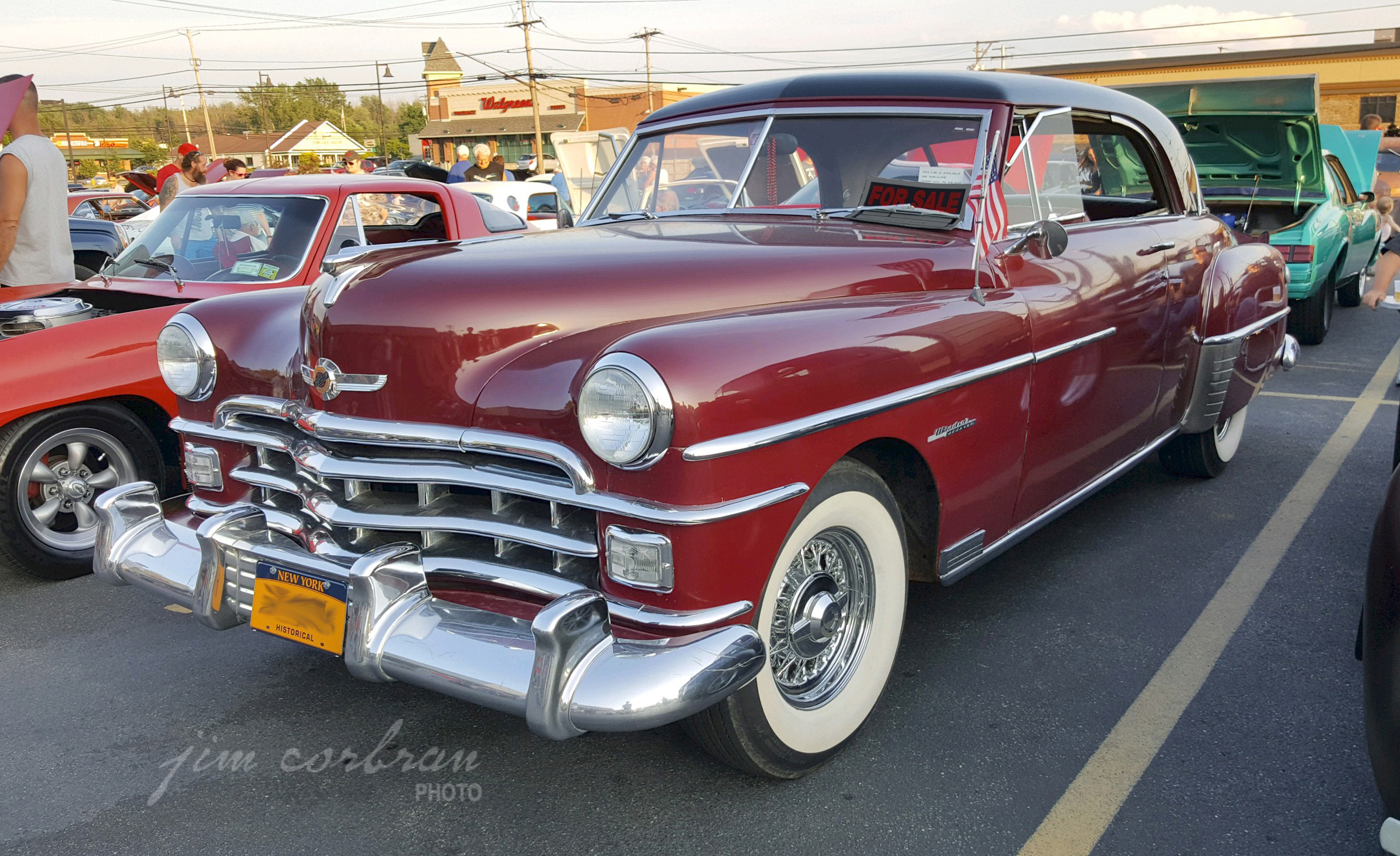 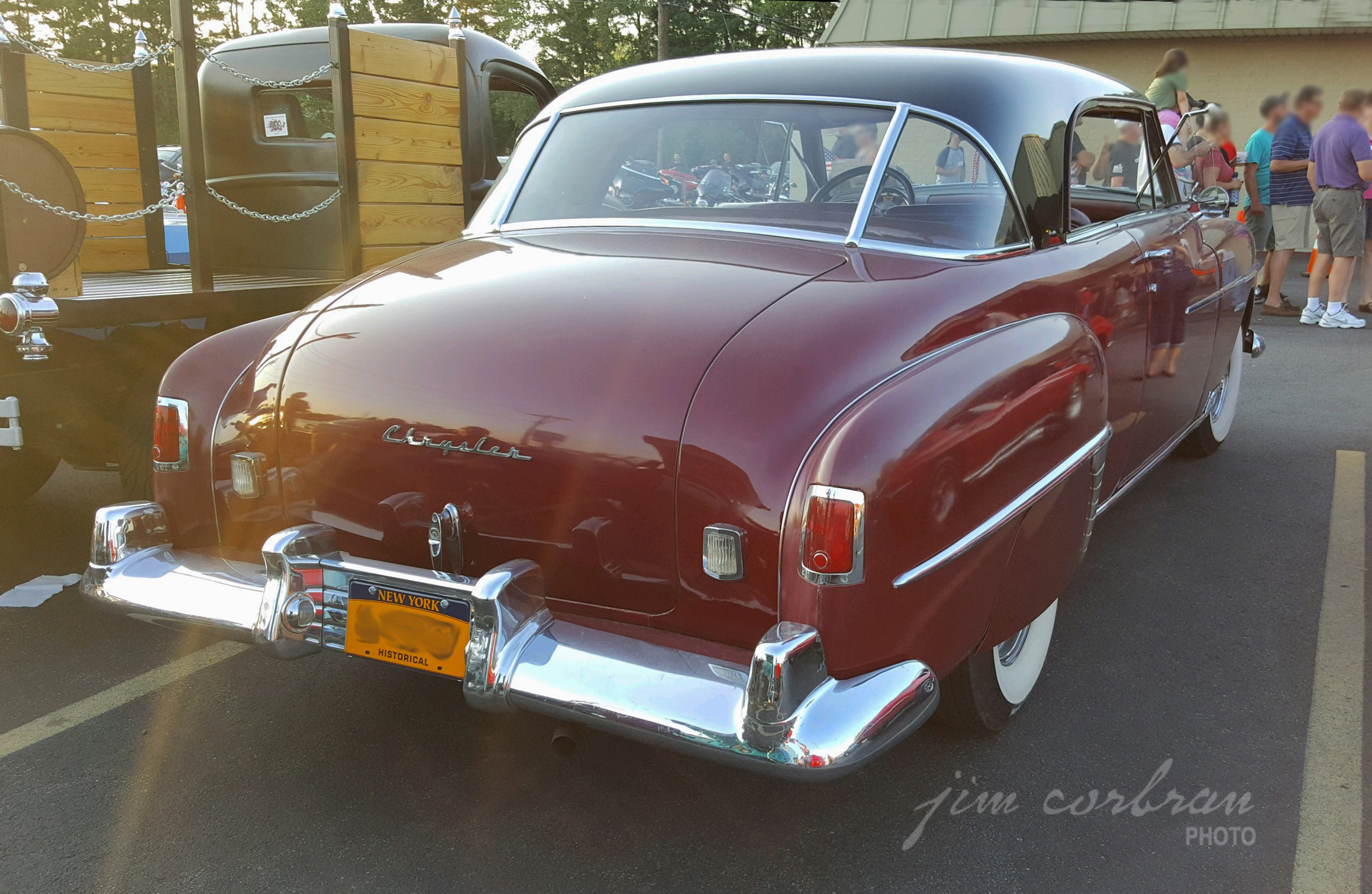 Came across Joe Galvin’s 1950 Chrysler Windsor Newport a few weeks back at a Striker’s Lanes Friday cruise night in West Seneca. The two-door hardtop body style was a relatively new phenomenon in 1950, and Chrysler touted it in its advertising: “Visibility unlimited! You can see out in all directions in the Newport, for there is practically nothing to interfere with your vision. Door pillars have been eliminated—windshield pillars are unusually narrow—and the rear of the roof consists almost entirely of the curved glass CLEARBAC window.” Joe’s Newport (Chrysler-speak for the pillarless body style) also incudes such niceties as wire wheels, wide whitewalls, fender skirts, and two-tone paint. Oh, and it’s for sale.