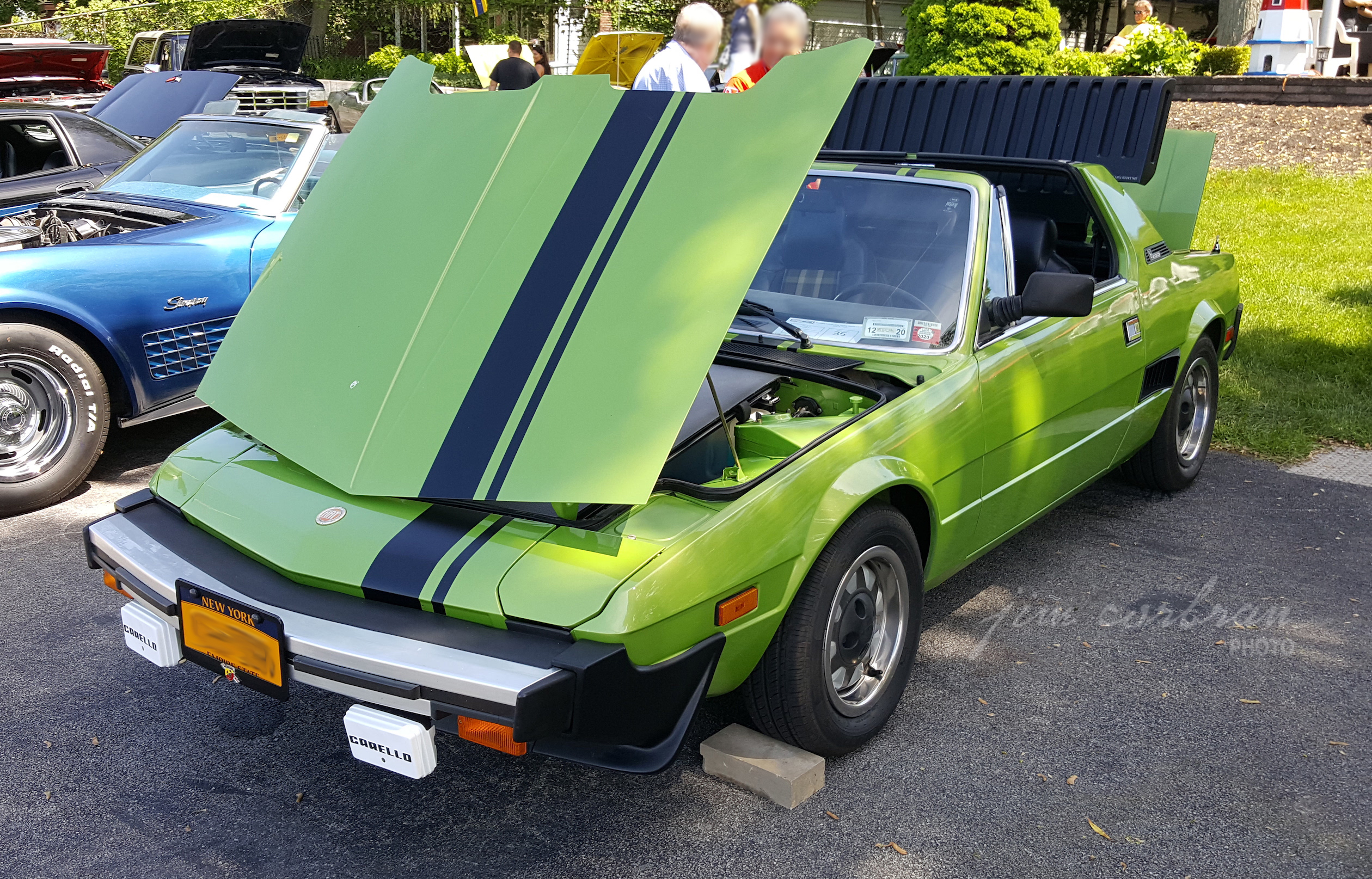 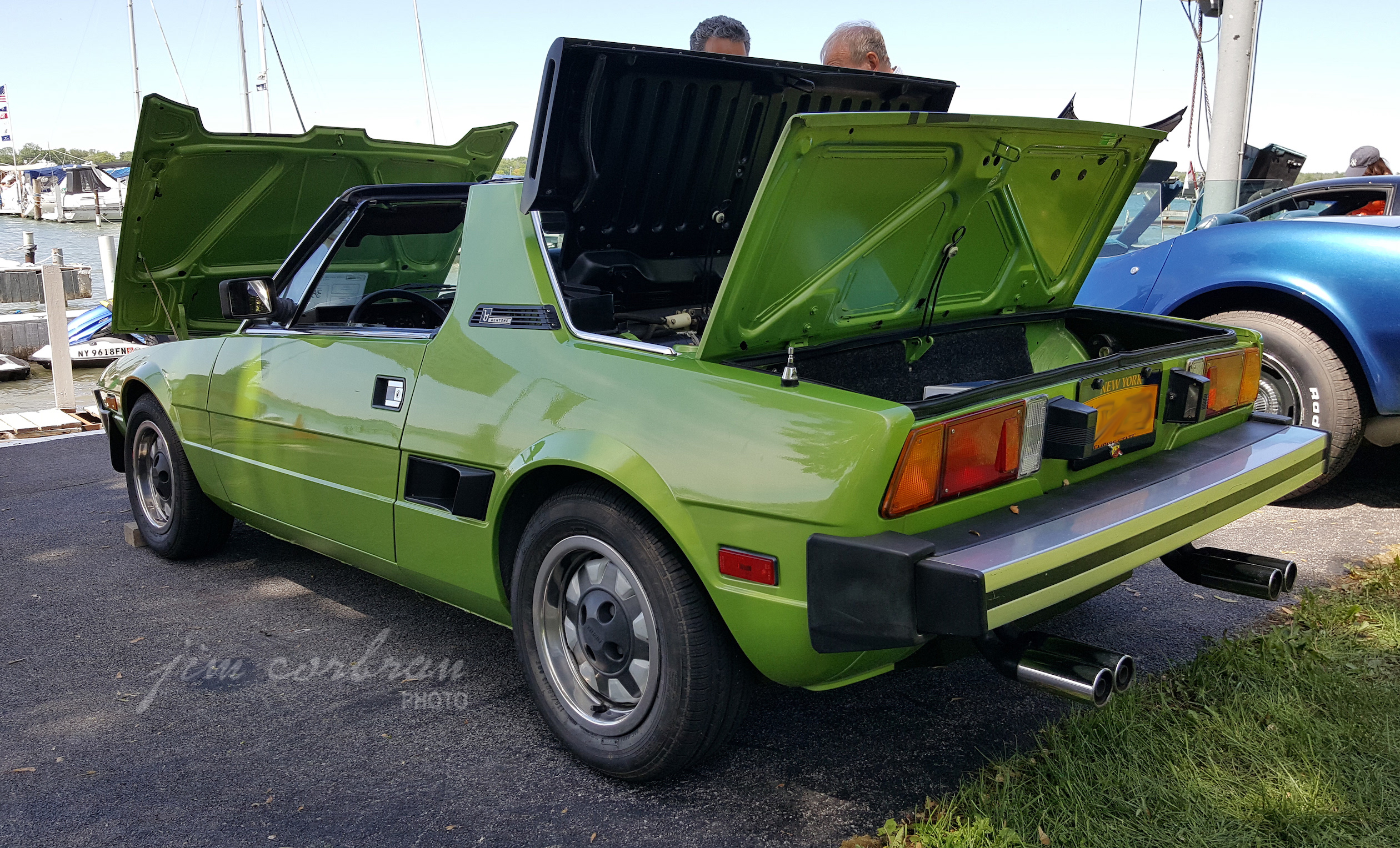 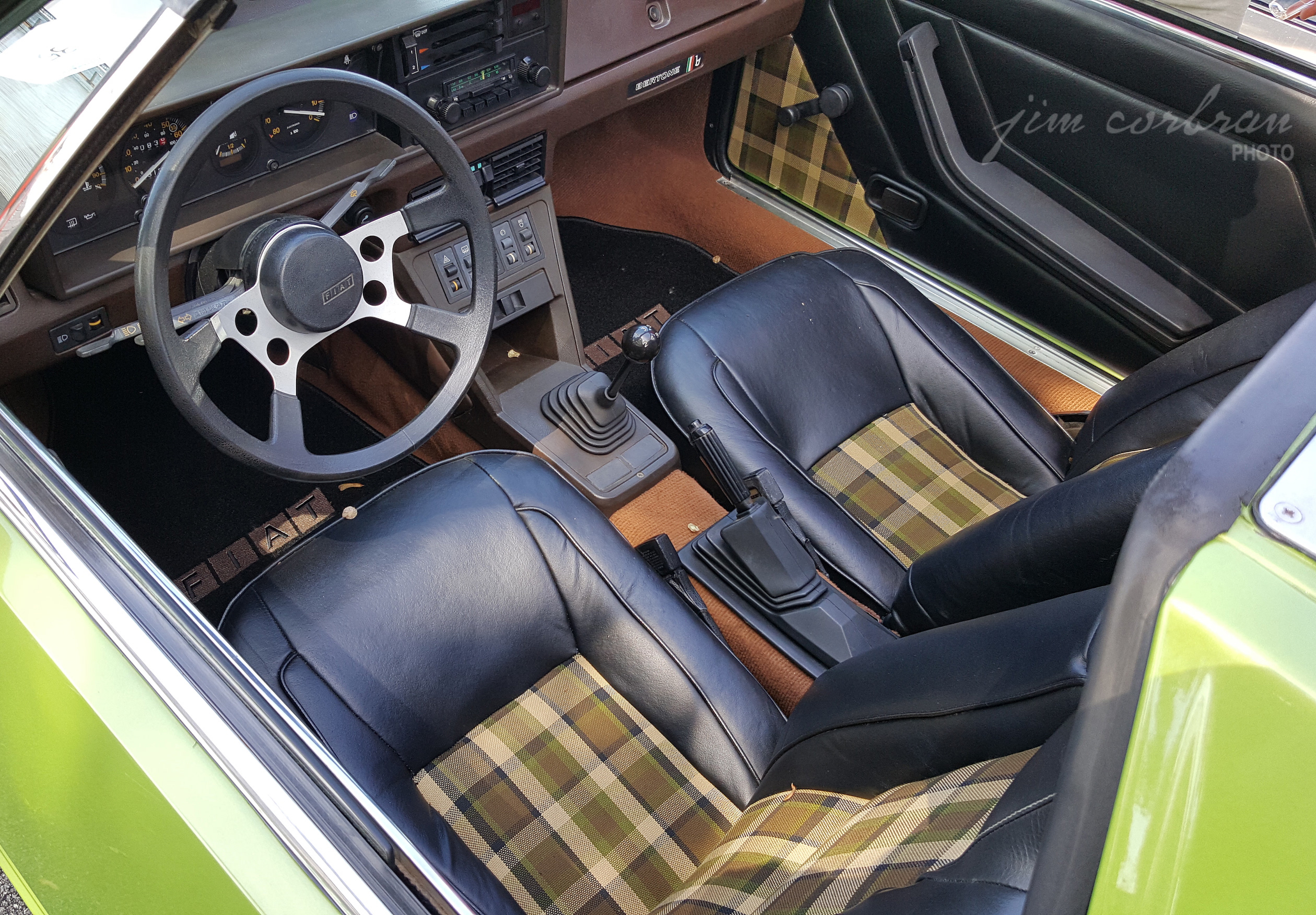 Regular readers of this space probably know about my dislike for “hood open” photos; I just think they’re unattractive. But when I came across this 1980 Fiat X1/9 earlier this summer, I thought the three open lids made for an interesting composition. Being a mid-engined car, the front opening is of course a trunk, which on this day had the removable roof panel stored inside. The middle hatch covers the 1500-cc engine, while at the rear is yet another trunk. Designed by the Italian coachbuilder Bertone, the X1/9 was sold in the U.S. by Fiat from 1974 to 1982. From mid-1982 until 1989, the X1/9 was actually sold here as the Bertone X1/9, with Fiat having pulled out of the North American market. This one’s the very period-correct metallic green (Verde Metallico) with (IMO) one of the best looking interiors to ever grace an automobile showroom. (Okay, I’m a sucker for plaid seats!) Came across this gem at a Saturday Car Show held at the Sandy Beach Yacht Club on Grand Island.