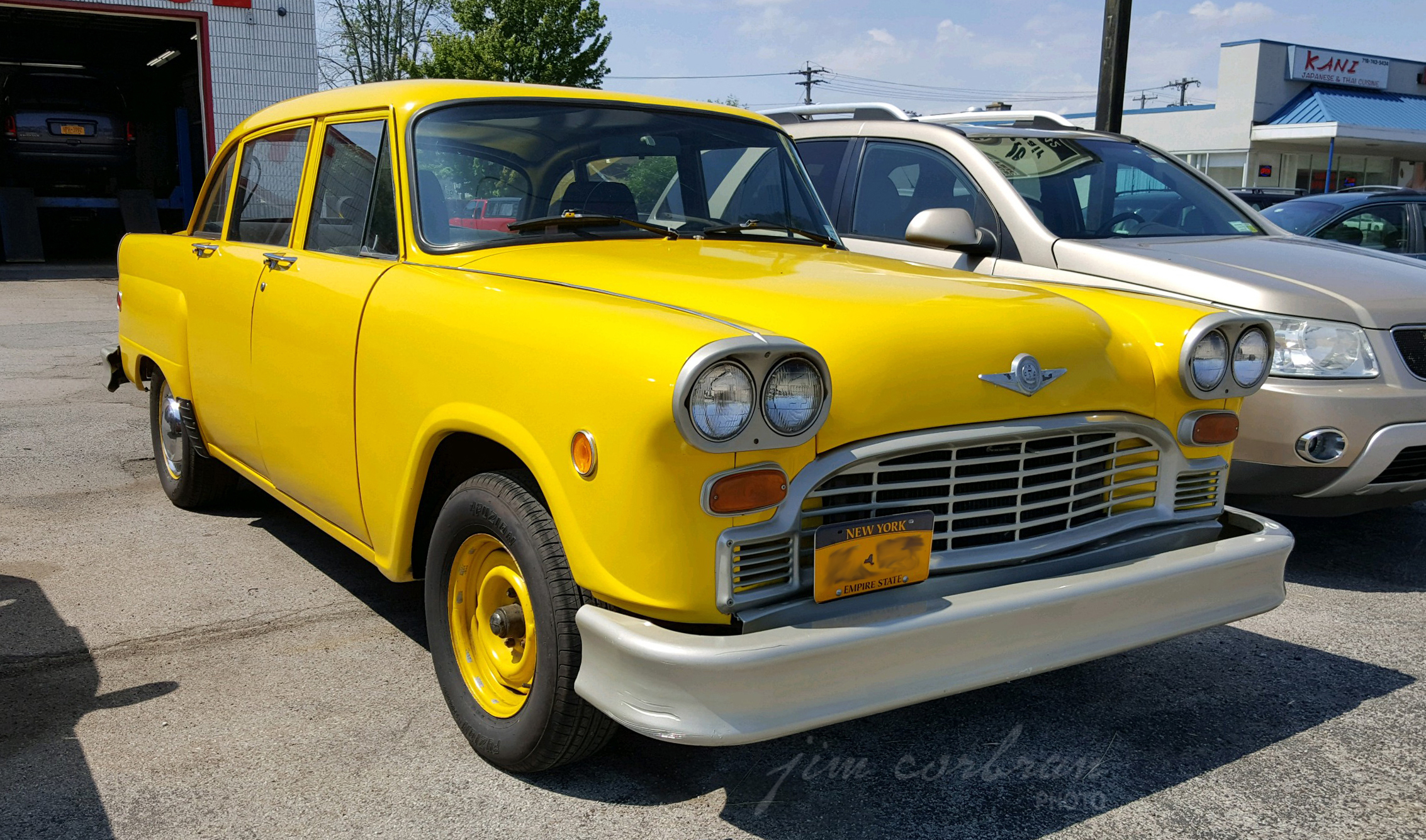 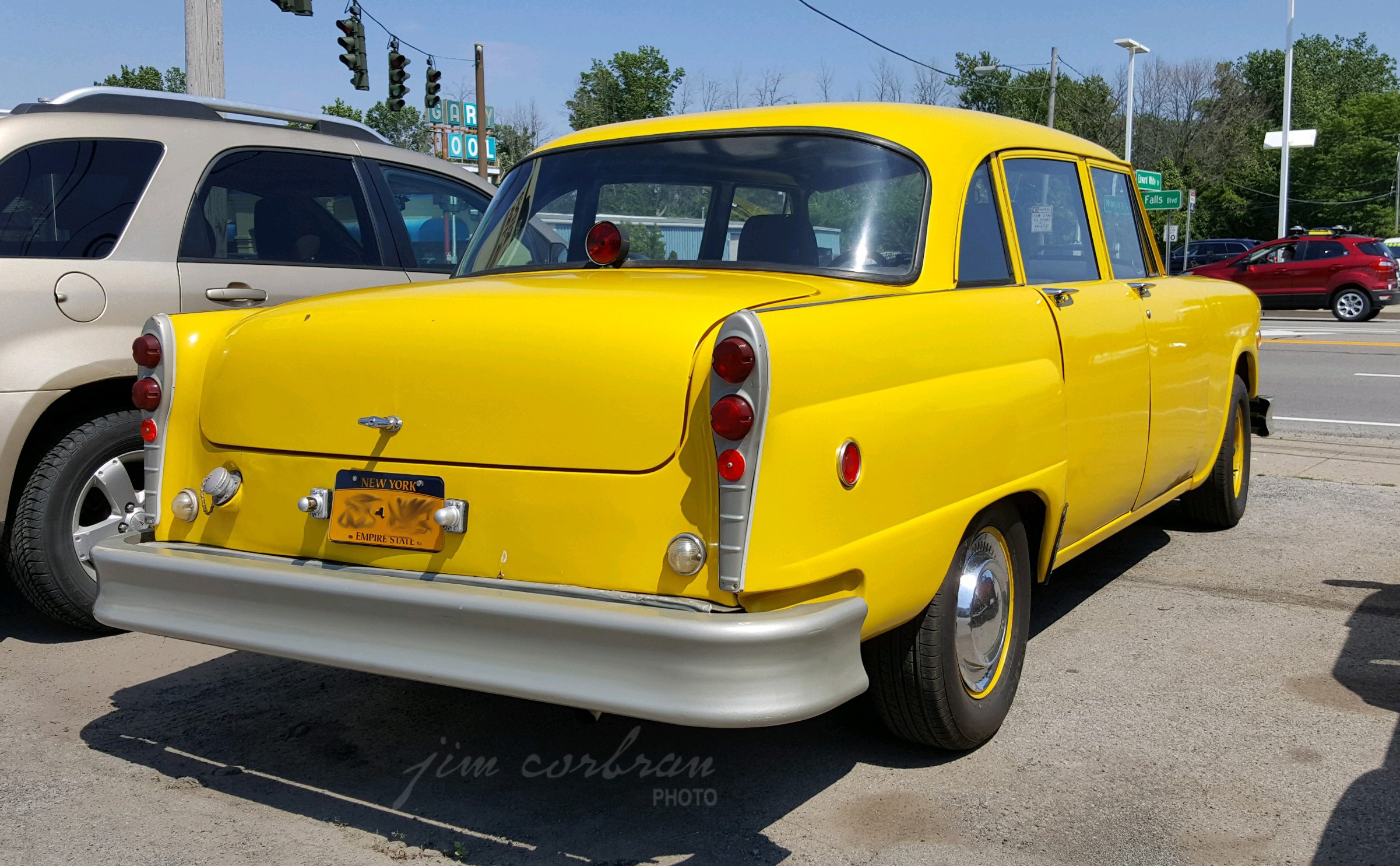 “It’s functional. It’s spacious. It’s sensible.”
Yes, it was all three of these things, but the brochure copywriters nevertheless failed to address the elephant in the room. The Checker Marathon was — how shall we put this mildly? — not exactly easy on the eyes. But, for thousands of cab drivers and millions of fares, that was probably the farthest thing from their minds as they stretched out in comfort on their way to and from wherever hacks… hacked. Reliable with their Chevy engines under the hood, Marathons drove millions of miles, and co-starred in countless movies, decked-out in their easily recognizable New York City liveries. Today’s RealRide is a penultimate 1981 model — minus the taxi markings but still wearing the expected paint job — and we came across it just yesterday in Tonawanda.