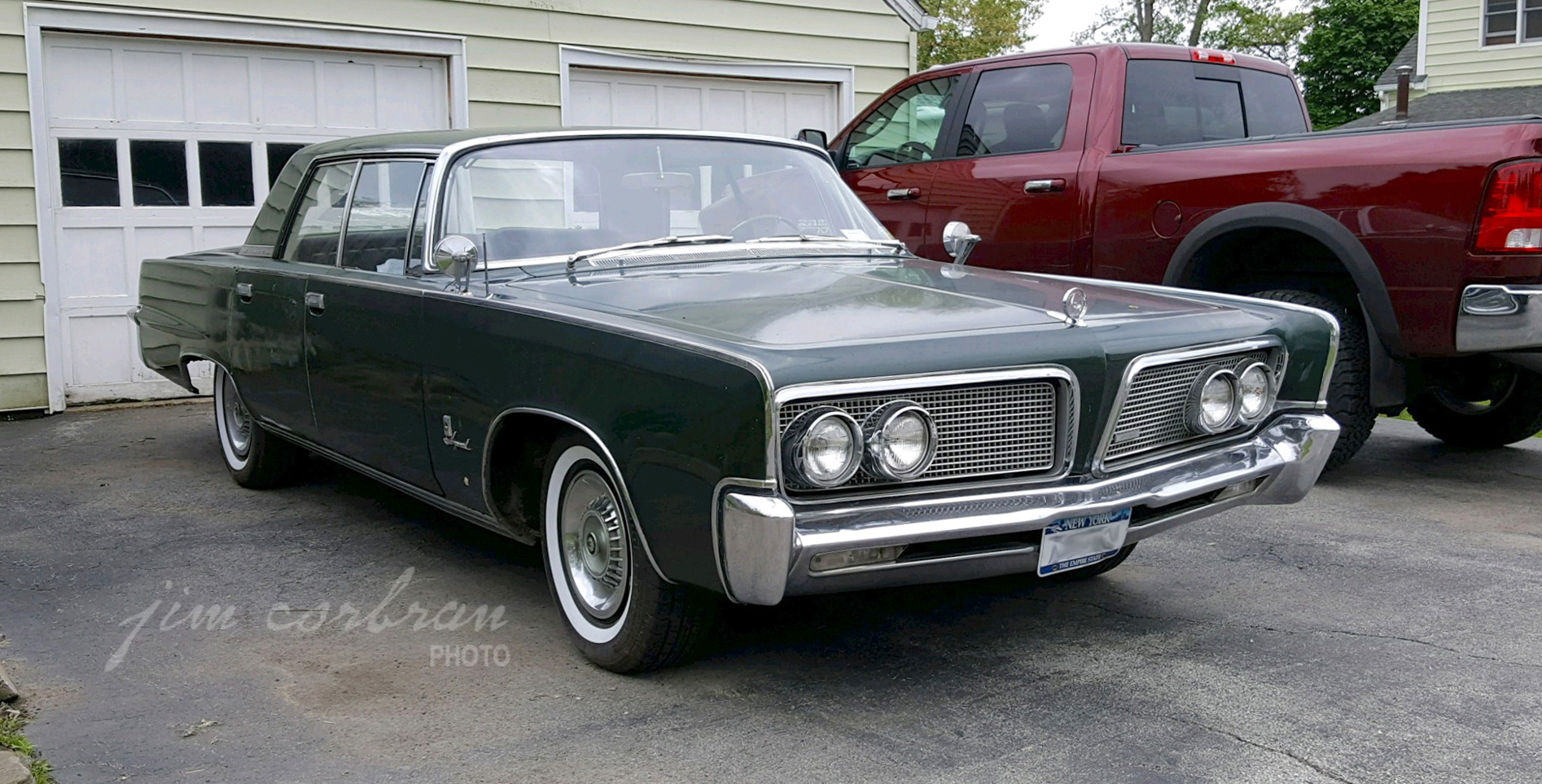 Because sometimes the sun can wreak havoc on your (or, at least mine) color recognition, we’re only guessing here that this 1964 Imperial Crown is sporting a Sequoia Green paint job (could be Black?). The Crown was Imperial’s entry-level model (if such a thing even existed) and was also available in coupe and convertible versions. Chrysler told us their redesigned Imperial was “…the largest car built in America—and it (had) comforts, luxuries and owner satisfactions to match.” (Apparently copywriters balked at using the Oxford comma here. Perhaps it was too “common.”) Loaded with luxuries, nevertheless there were options, and the brochure pointed out that air conditioning and power door locks were the most popular of them. Under the hood of every 1964 Imperial was a 413cid V8 rated at 340 hp. And of course it was connected to a TorqueFlite automatic transmission — with Chrysler’s popular (with some) push-button gear selector system. Sales of the Crown four-door, Imperial’s biggest seller, amounted to 14,181. Came across this one a few weeks ago in North Tonawanda.