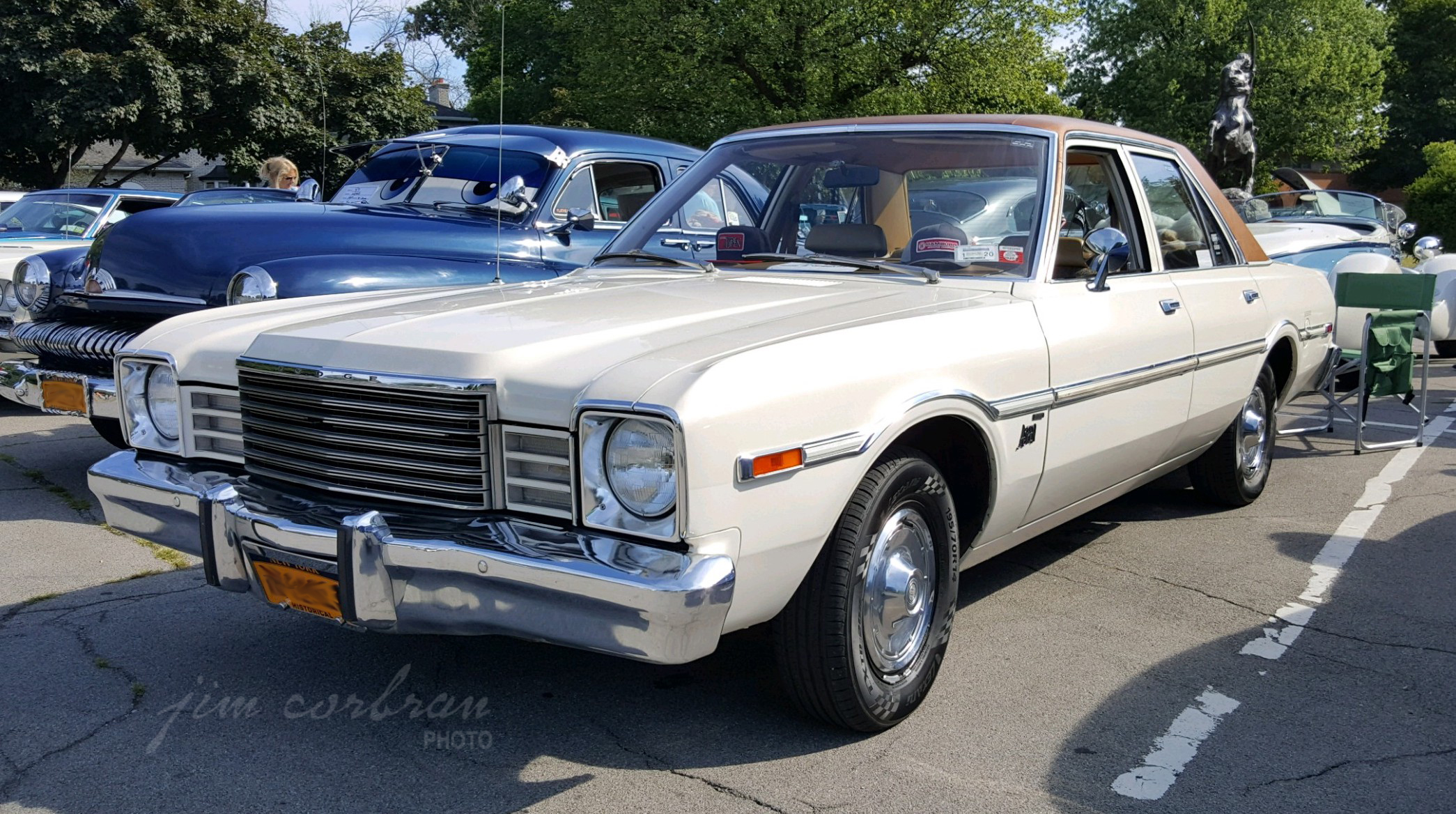 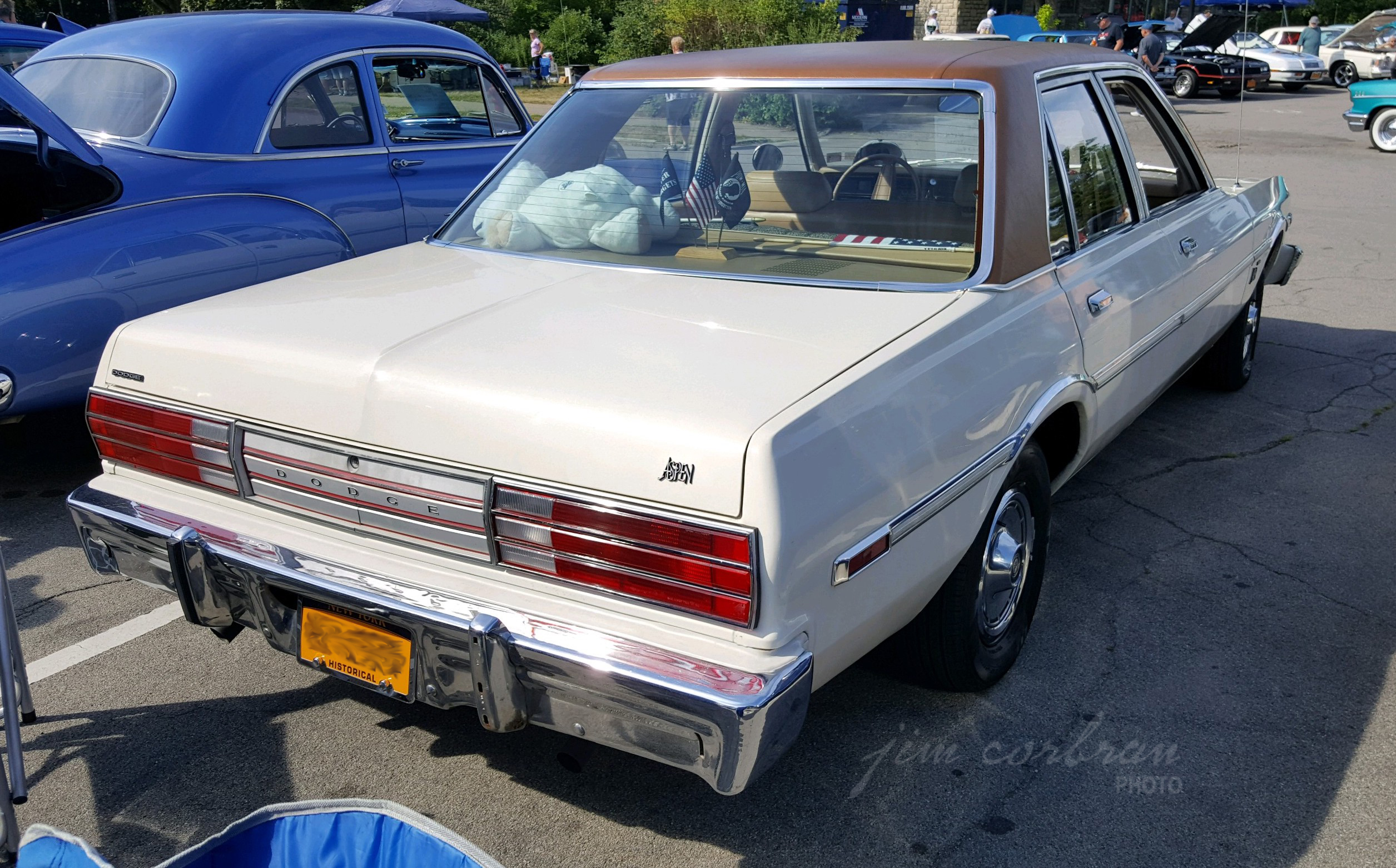 The RealRides staff (me) loves going to car shows and cruise nights and coming across something like this 1979 Dodge Aspen, which we saw last Sunday at the Buffalo History Museum’s Antique and Classic Car Show in — yes — Buffalo. The Aspen was introduced for 1976 as a replacement for the Dart… but the Dart was just too popular to kill at that point, and soldiered on for one more year. Today’s RealRide, which we can’t imagine the original buyer ever foresaw being in a car show 40 years later, has Chrysler’s venerable Slant-Six under the hood, which at that point in time was rated at 100 hp. Advertised as “Big For Its Size,” the 1979 models were to be the second-to-last Aspens sold, what with the front-drive K-car coming along for 1981 and taking its place as Dodge’s family-sized compact.