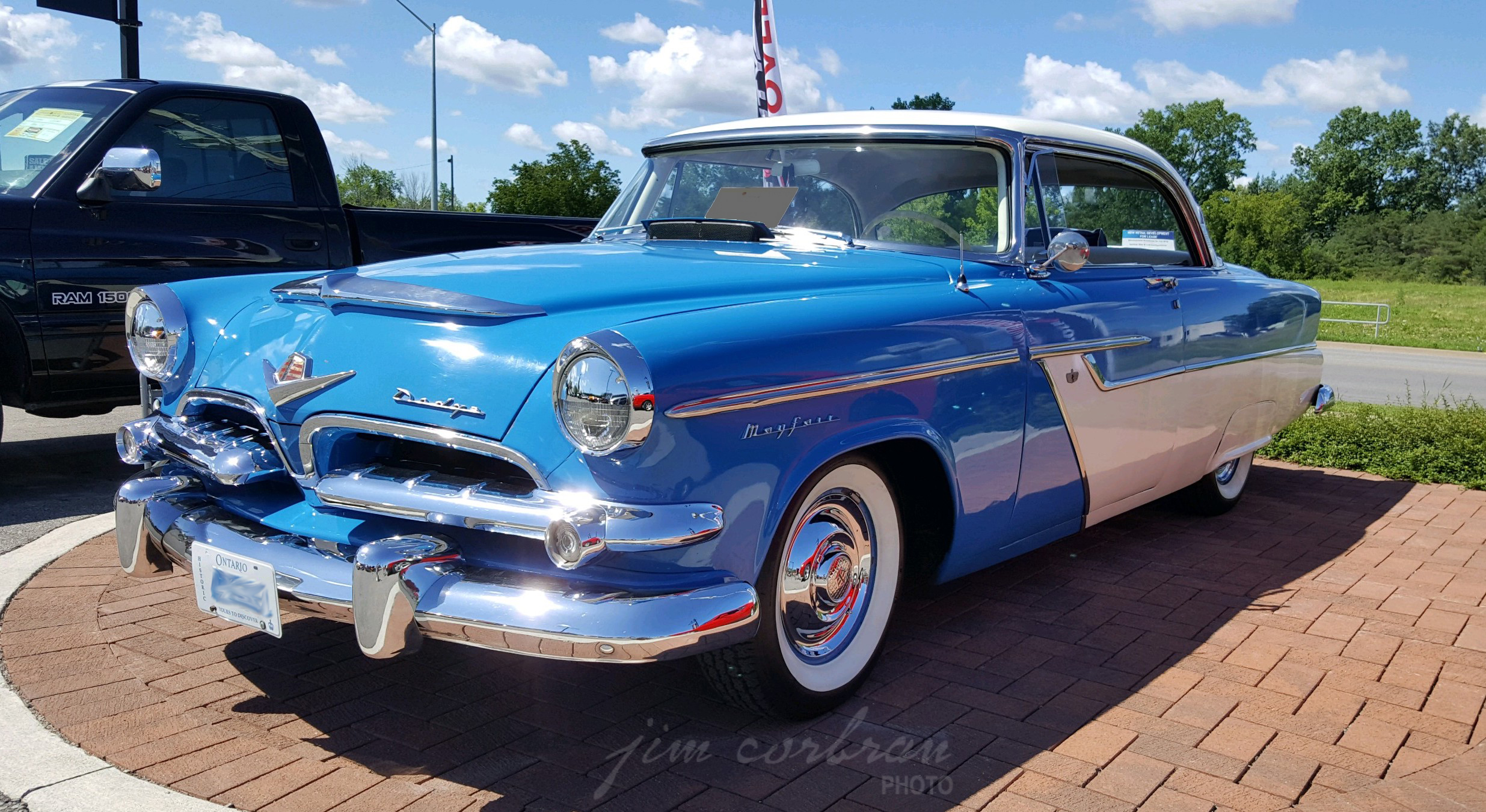 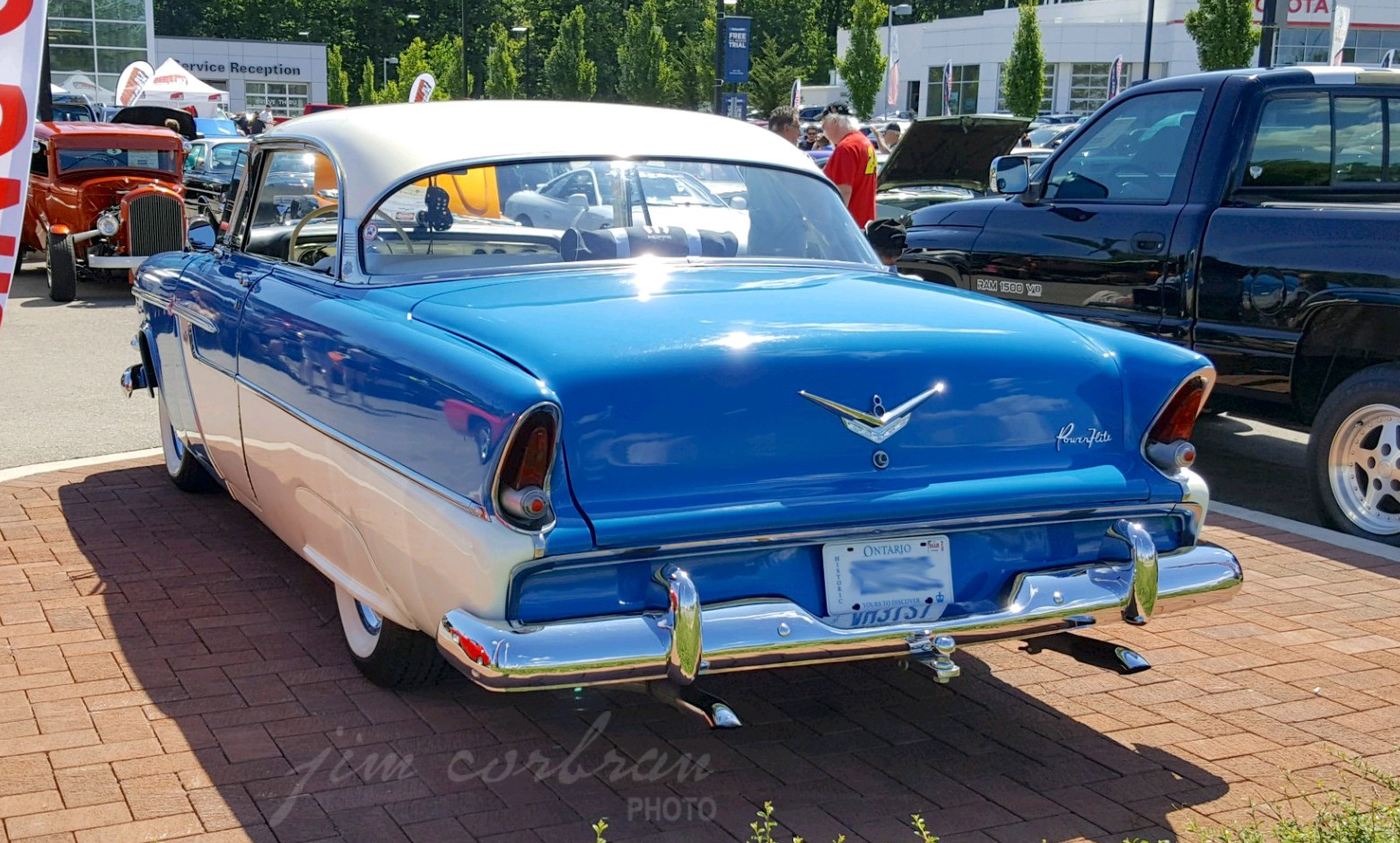 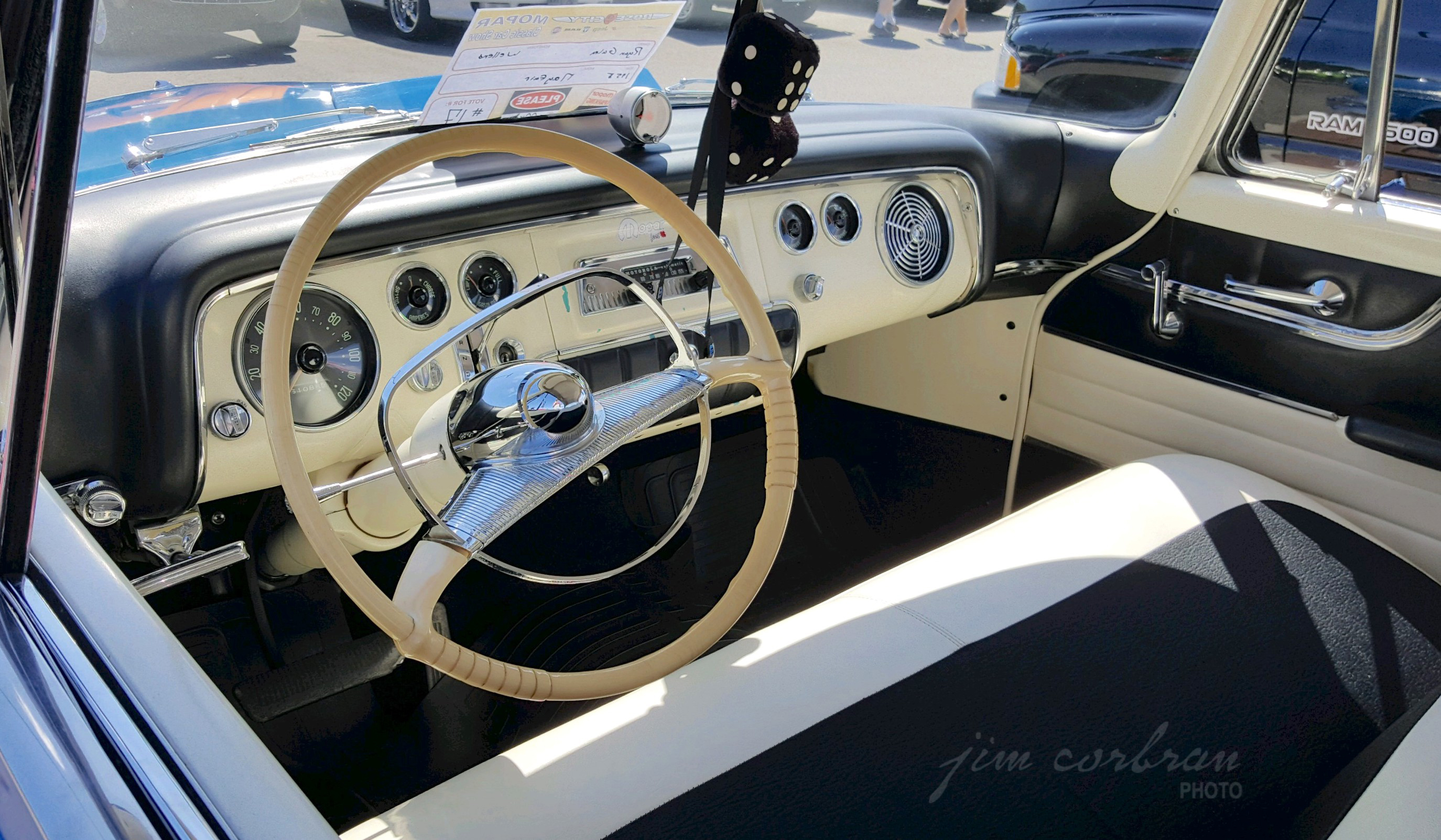 Saw this stunning 1955 Dodge Mayfair at last Saturday’s Rose City Chrysler's Mopar Classic Car Show in Welland. Built and sold for the Canadian market, all 1955 Mayfairs were equipped with Dodge’s Hy-Fire V-8; lesser Regent and Crusader models had the PowerFlow (or the optional PowerFlow Special) L-head six under the hood. As you’ve probably noticed, the Mayfair is a mash-up of the U.S. Dodge and Plymouth cars. The front clip is Dodge, while the rest of the body, and the interior, are from the Plymouth. The only real Dodge, if you will, sold in Canada for 1955 was the Custom Royal (according to the folks at allpar.com). The Dodge Custom Royal wheelbase was 120 inches (as were the U.S. Dodges), while the Mayfair, Regent, and Crusader rode the shorter 115-inch Plymouth wheelbase. It was a cost-saving  decision made to keep Dodge competitive in the Canadian market, where all car prices were higher than those south of the border.