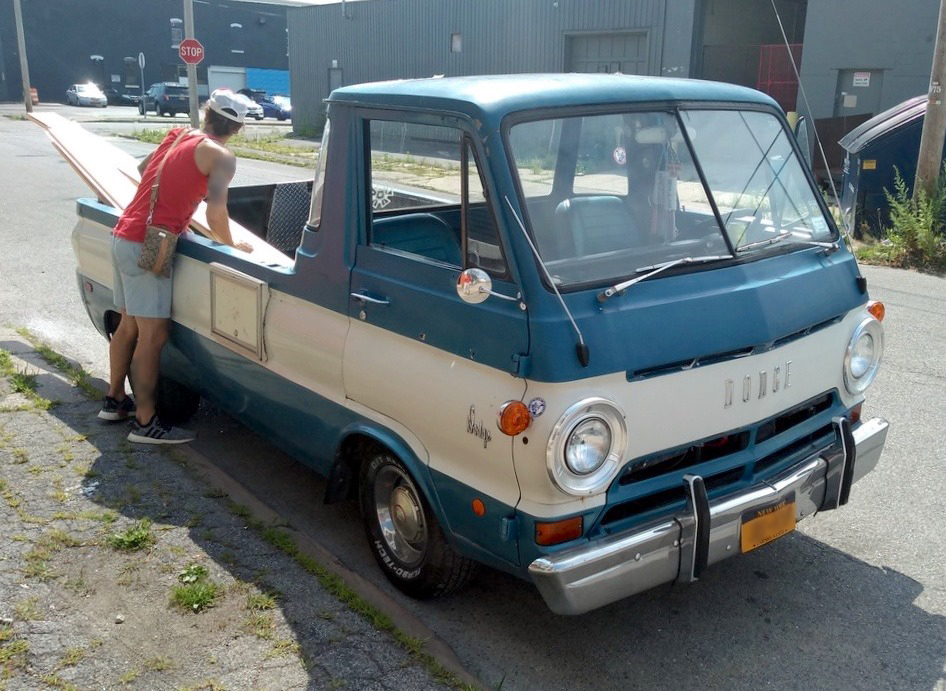 RealRides reader Kevin Hayes spotted this 1969 Dodge A100 pickup being loaded up outside of ReUse Action in Buffalo earlier this week. Not only is it relatively rare to see one of these compact, cab-over trucks these days, but it’s even rarer to see one being used as a pickup truck to actually pick-up stuff! The A100 was also available in short or long wheelbase (the longer version being called A108) delivery van and window bus versions, competing directly with Ford’s Econoline and the GMC/Chevy twins from General Motors (not to mention VW’s bus/van/pickup). Across the border, a Fargo-badged version was offered at Canadian Chrysler-Plymouth dealerships (see example below). The A100 would be replaced by a new model, the larger Tradesman van, which was introduced for 1971, with no pickup version offered. 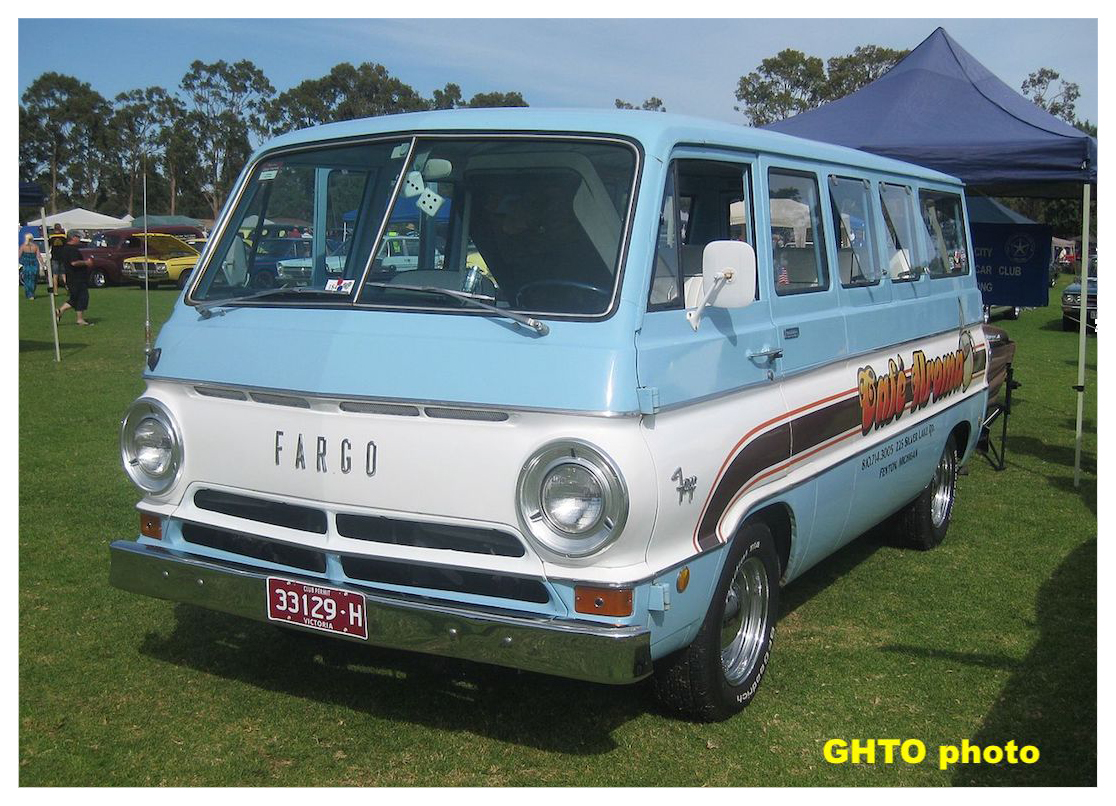 Got a RealRide you'd like to see featured here? Drop us a line at RealRidesofWNY@gmail.co