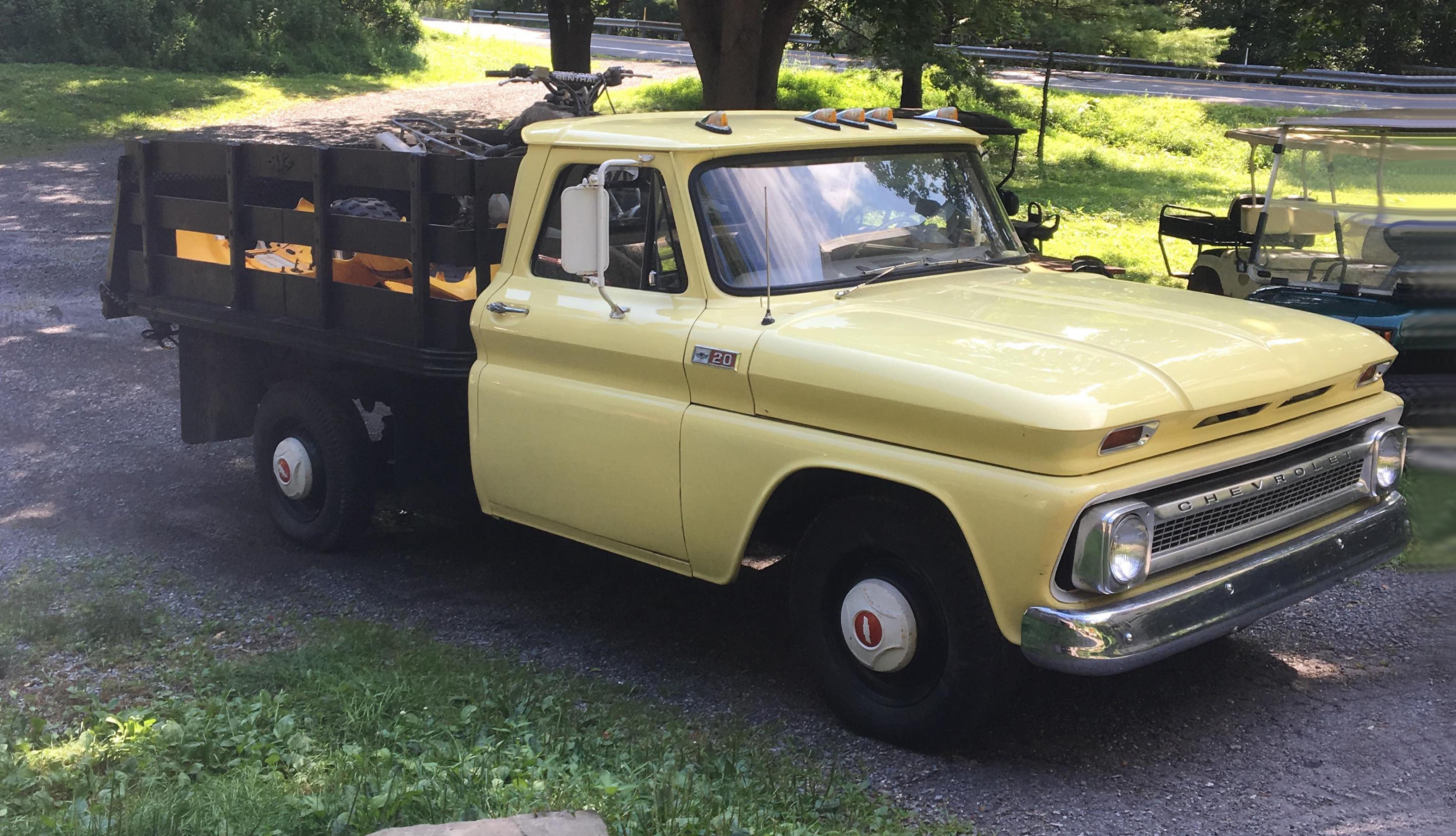 This 1965 Chevrolet C-20 ¾-ton truck most likely started life as a pickup, and the stake bed on the back looks here like it might have a tilt feature to ease unloading. Stake truck chassis were available from the factory back in the day, but only in the medium- and heavy-duty truck series models like the C-50, which had a rear-axle carrying capacity of 11,000 pounds. Alert RealRides Pennsylvania correspondent (and native WNYer) Rick Lapp snapped this photo in his rural hometown in the central part of the Keystone state. It’s in very impressive condition for a 54-year-old truck; as photographer Lapp pointed out,  “Even the tires are correct.” It’s also festooned with the extra-cost chrome bumper and grille, although it’s still sporting the painted hubcaps. Nice to see these old trucks still at work.