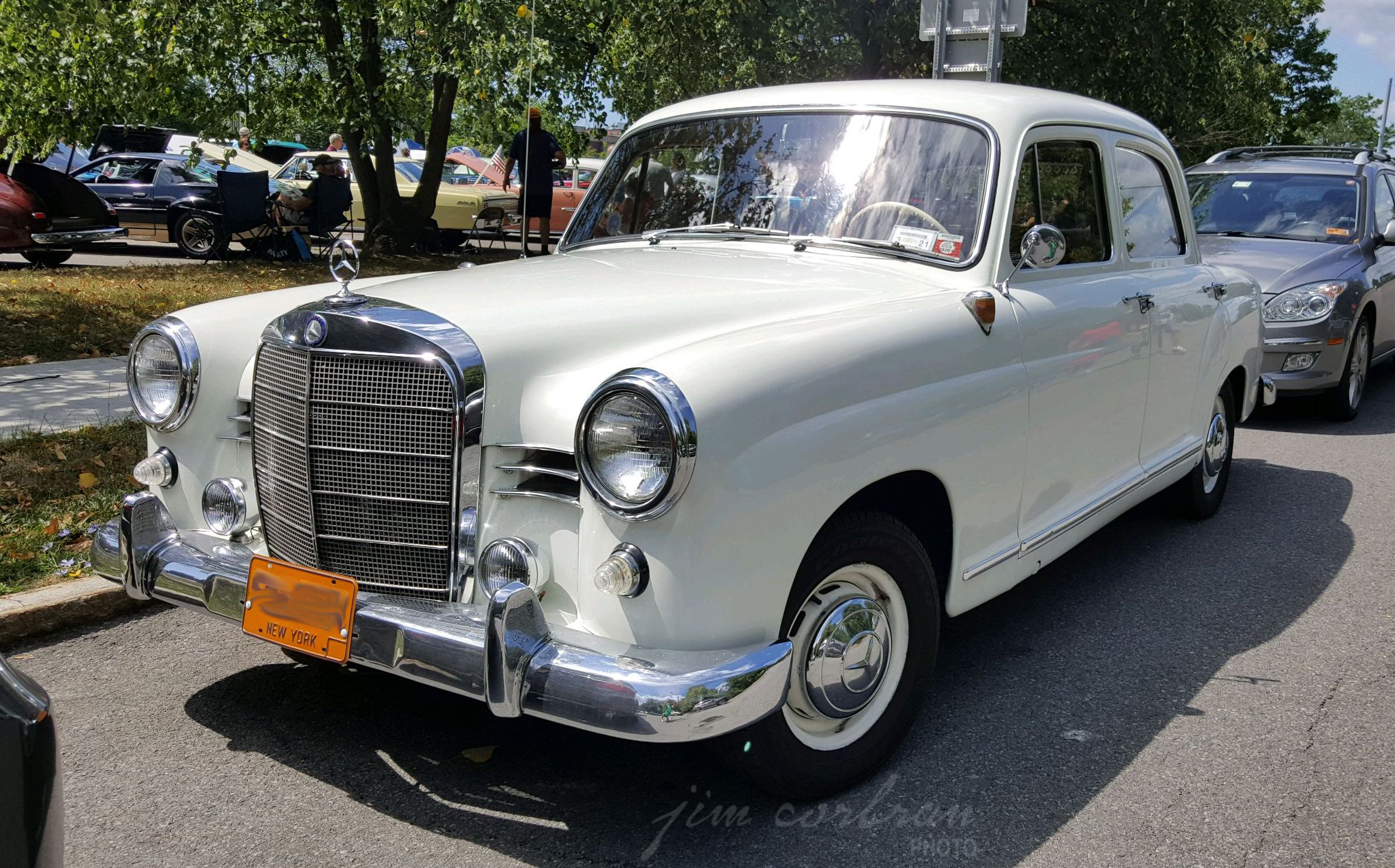 Judging from the AAA’s California State Automobile Association sticker on the trunk lid of this 1960 Mercedes-Benz 180 (and the car’s pristine-looking condition), I’m going to go out on a limb here and guess that it hasn’t spent its entire life here in WNY. These cars, produced from 1953-62, were often called Pontons, the German word for pontoon, a reference to their overall three-box slabsided shape. The 180 was equipped with a 1.8L inline four (a diesel-equipped 180D was also available) connected to a column-mounted four-speed manual transmission. For 1956, the 180 series was upgraded to include the 190/190D models which had slightly larger 1.9L engines. They were all phased out for 1962 by the new, more modern-looking Fintail models. Saw this nice example recently in the vicinity of the Buffalo History Museum Antique & Classic Car Show at the museum’s Buffalo location in Delware Park.