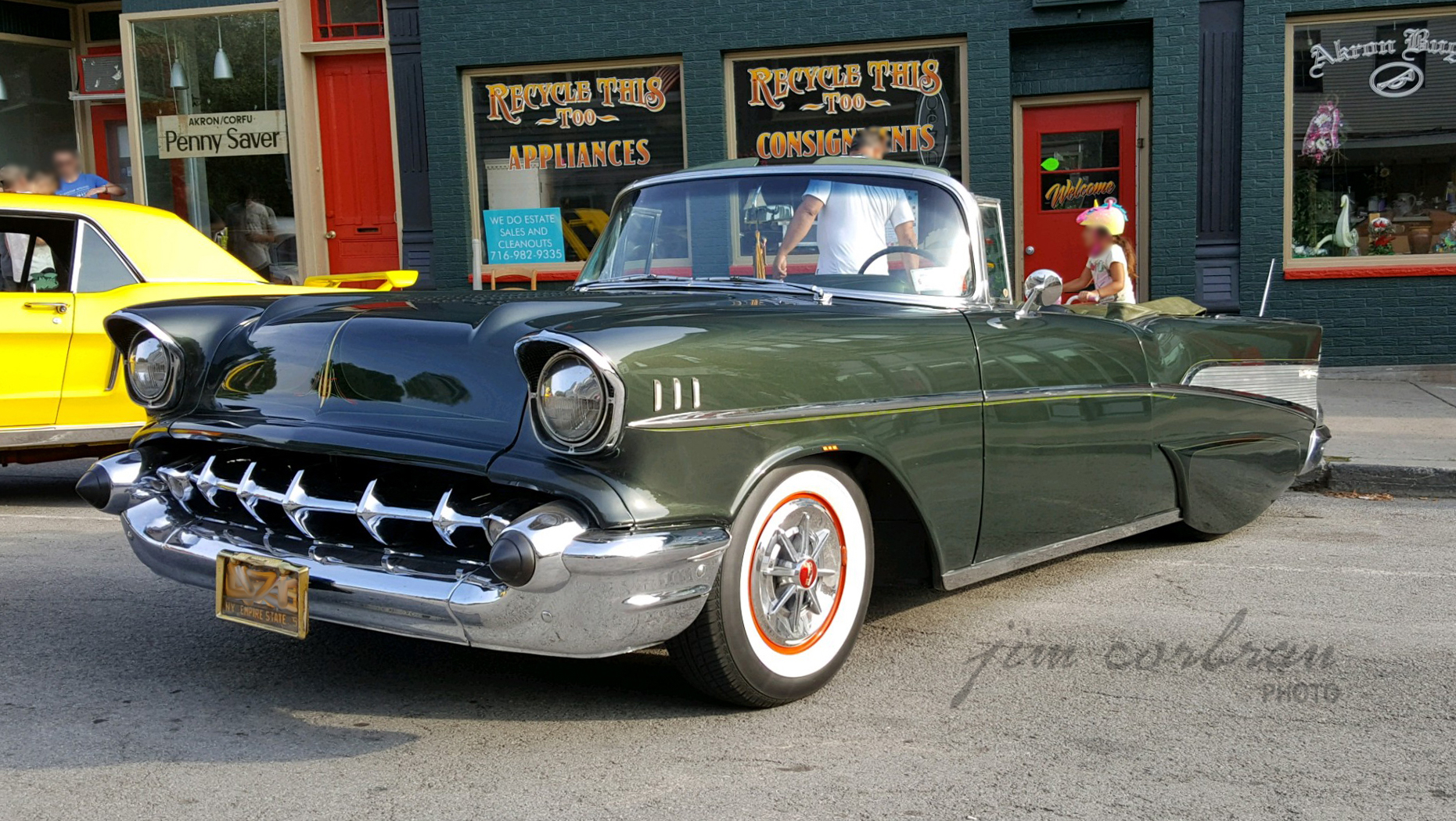 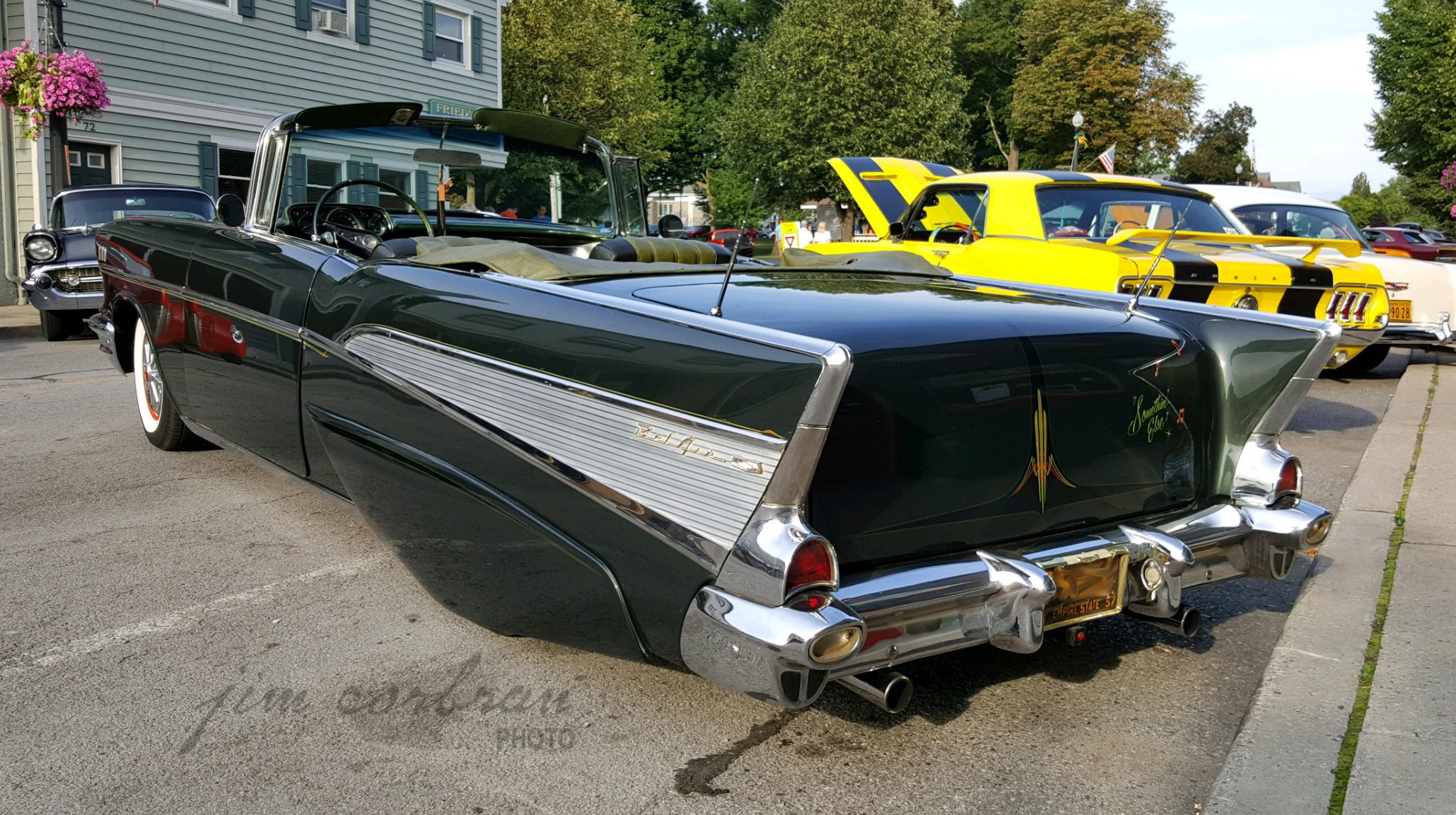 As it says on the trunklid, this 1957 Chevy Bel Air is “Somethin’ Else.” Seen last Thursday at one of Akron’s weekly cruise nights, this one’s been given the works: new grille, huge cruiser skirts, wide whites with a set of killer hubcaps, pinstriping, and a beautiful green and black interior to offset the gorgeous paintjob. We’ll have to guess what’s under the hood, but I’m thinking it’s probably not a Blue-Flame Six; then again… you never know! Chevy offered a dizzying number of model configurations for 1957, in the One-Fifty, Two-Ten, and Bel Air lines; but this was the only convertible model. Often times ’57 Chevys are a dime-a-dozen at cruise nights/car shows, but every once in a while you run across one that’s different. This looks like one of ‘em!