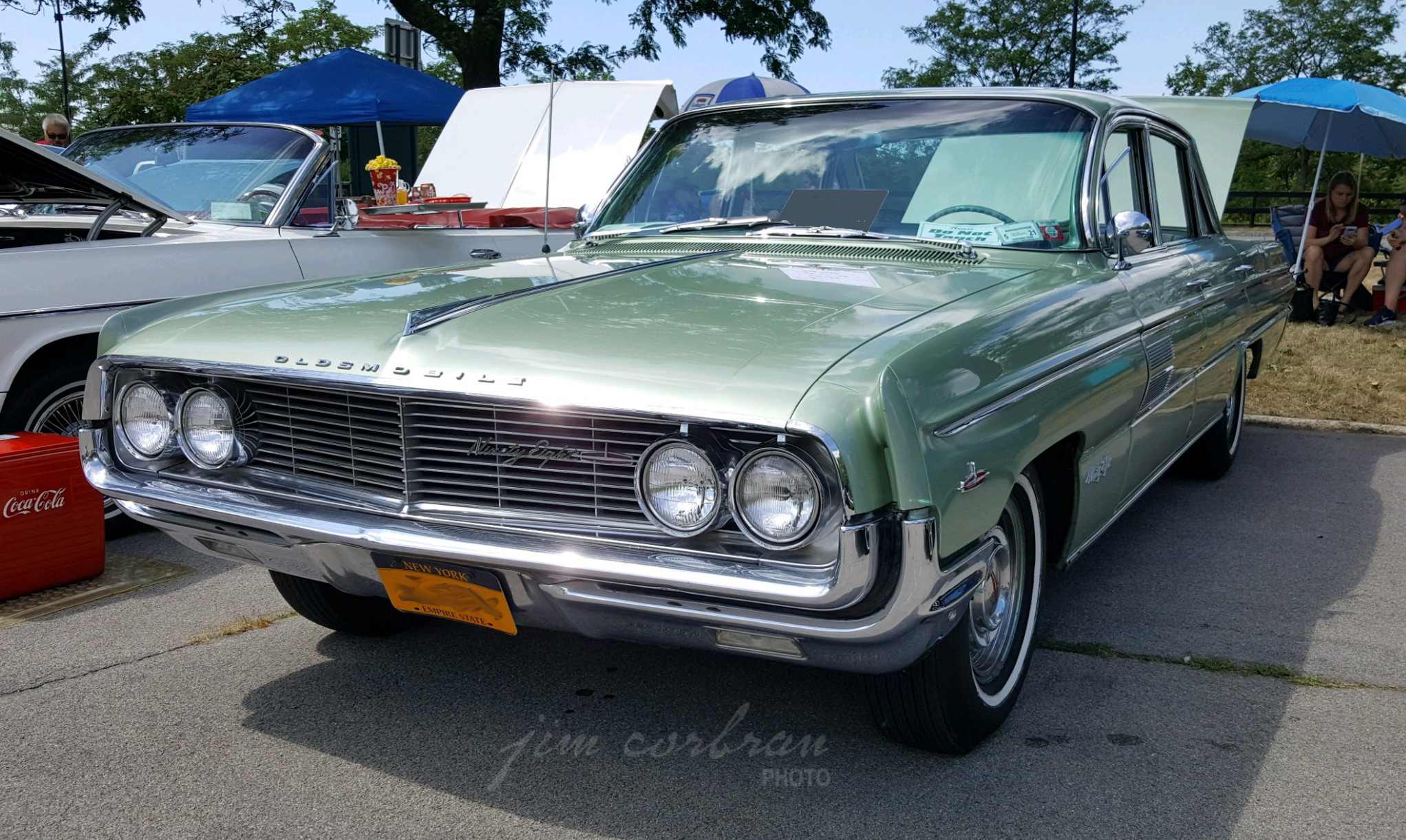 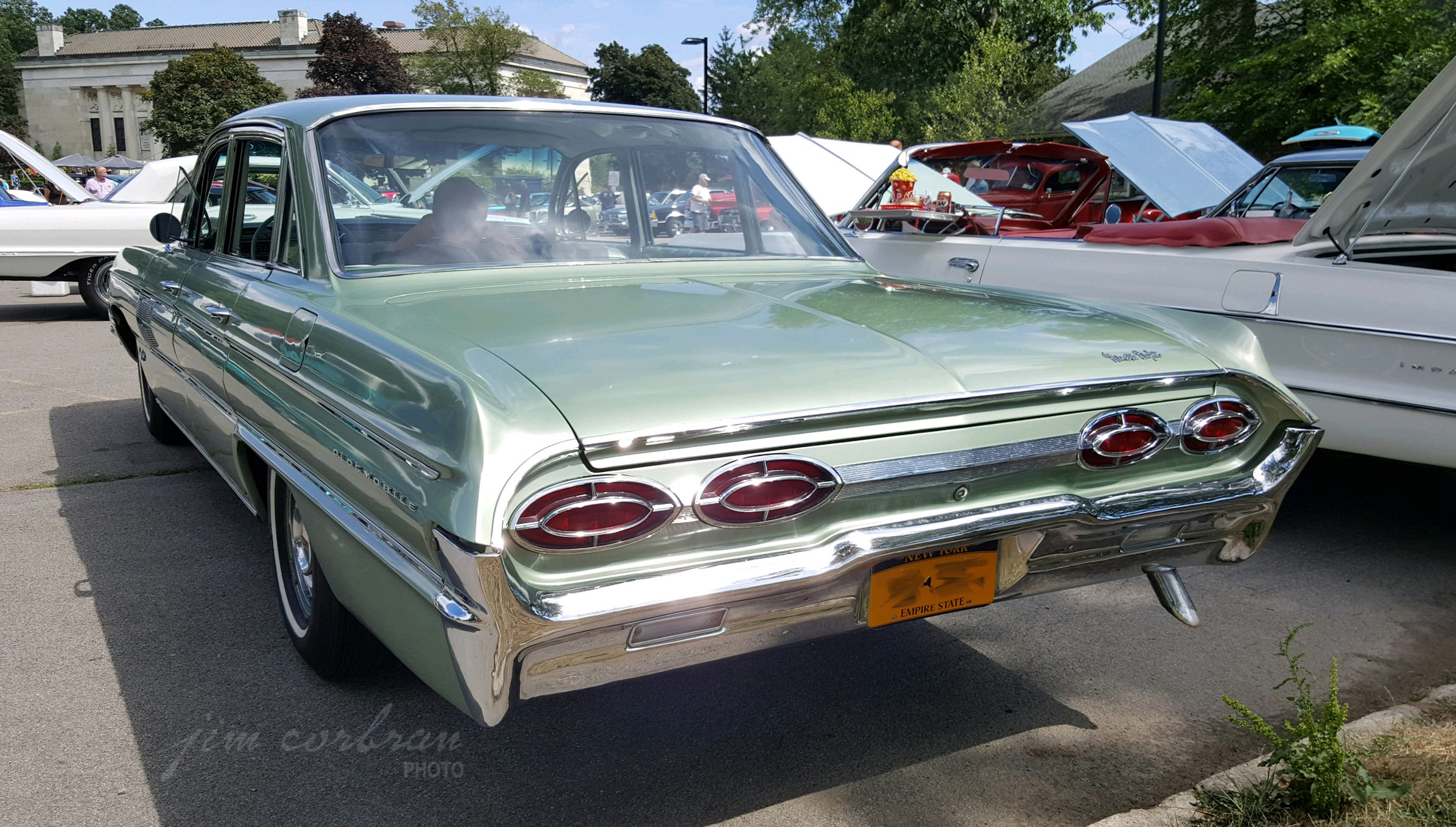 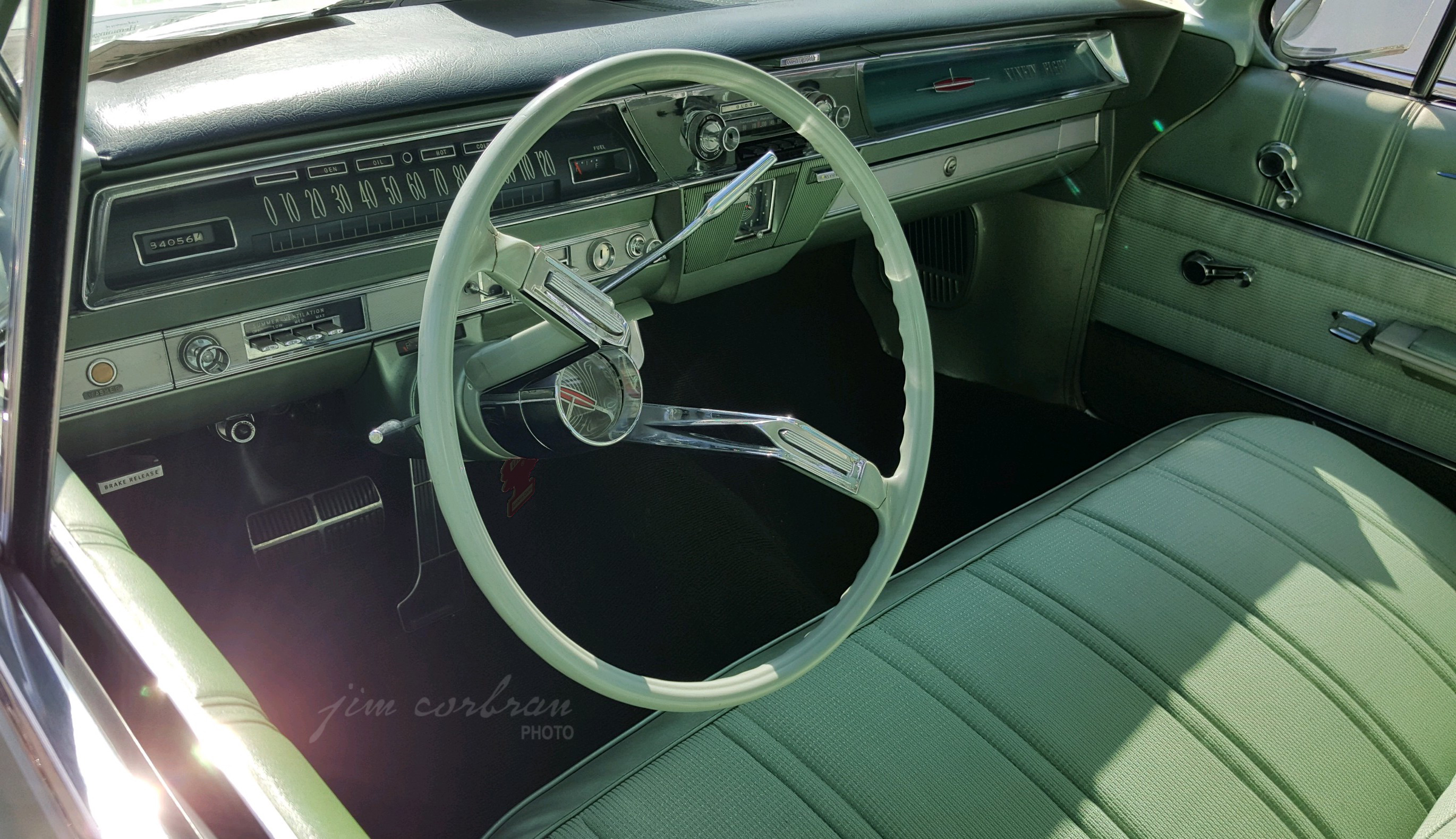 Unlike in subsequent years, except for badges, trim bits (and an extra pair of taillight lenses), from the outside this 1962 Oldsmobile Ninety-Eight didn’t look all that different from the less expensive 88-series cars. Yes, at 126 inches its wheelbase had an extra three inches, and the car itself was half-a-foot longer, but unless they noticed the six-window styling, from a block away your neighbors would have had a hard time knowing that you’d spent the extra bucks for the top-of-the-line Olds. The innards were different, however. The Ninety-Eight came standard with Olds’ 330-hp Skyrocket V-8, and the automatic transmission, power steering, and power brakes were also standard equipment, while the cabin featured “gleaming chrome…luxurious interior detailing…and impeccable appointments.” This pillared Town Sedan was the second-most popular Ninety-Eight for 1962, with sales of 12,167. We photographed it in Buffalo at the recent Buffalo History Museum Antique & Classic Car Show.