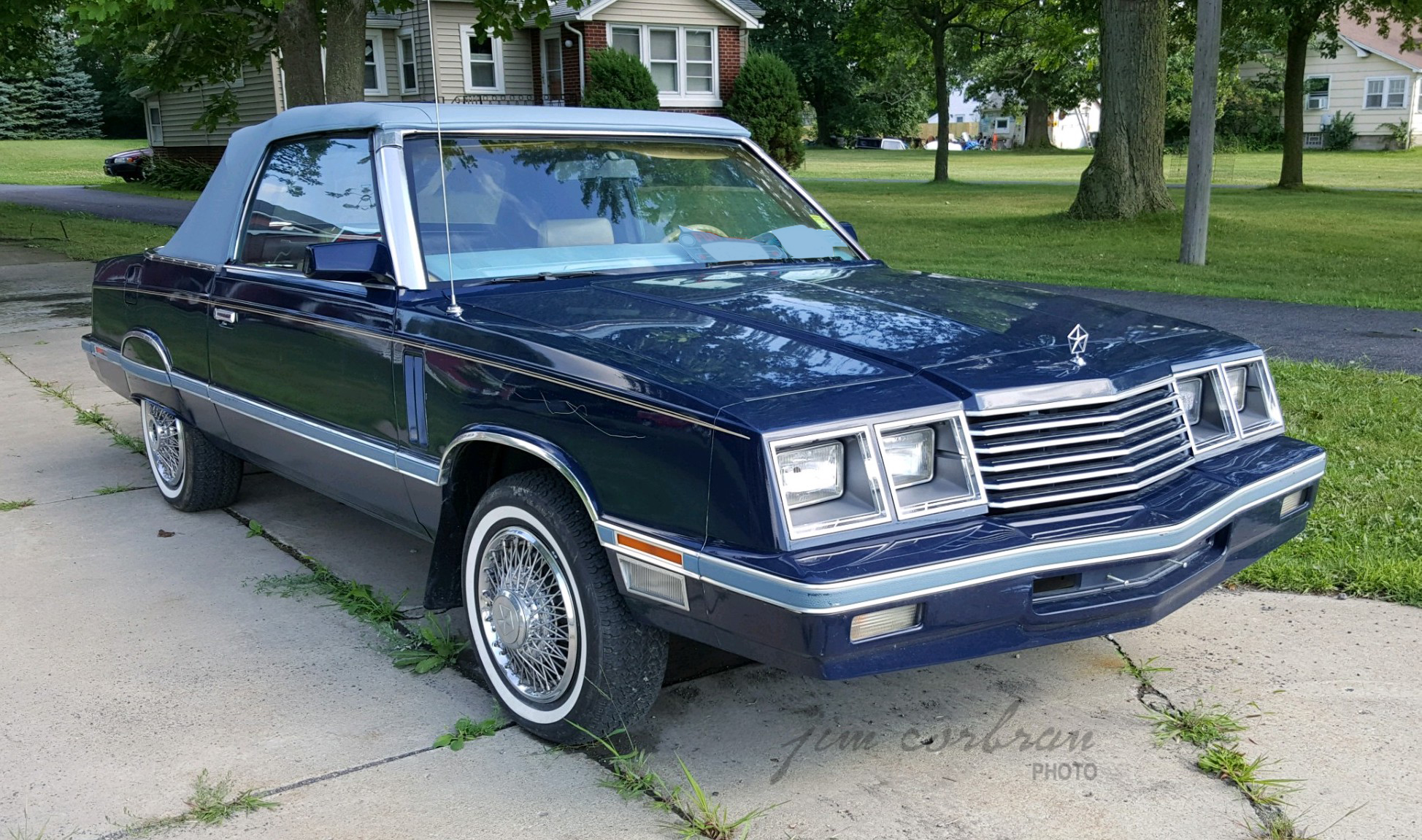 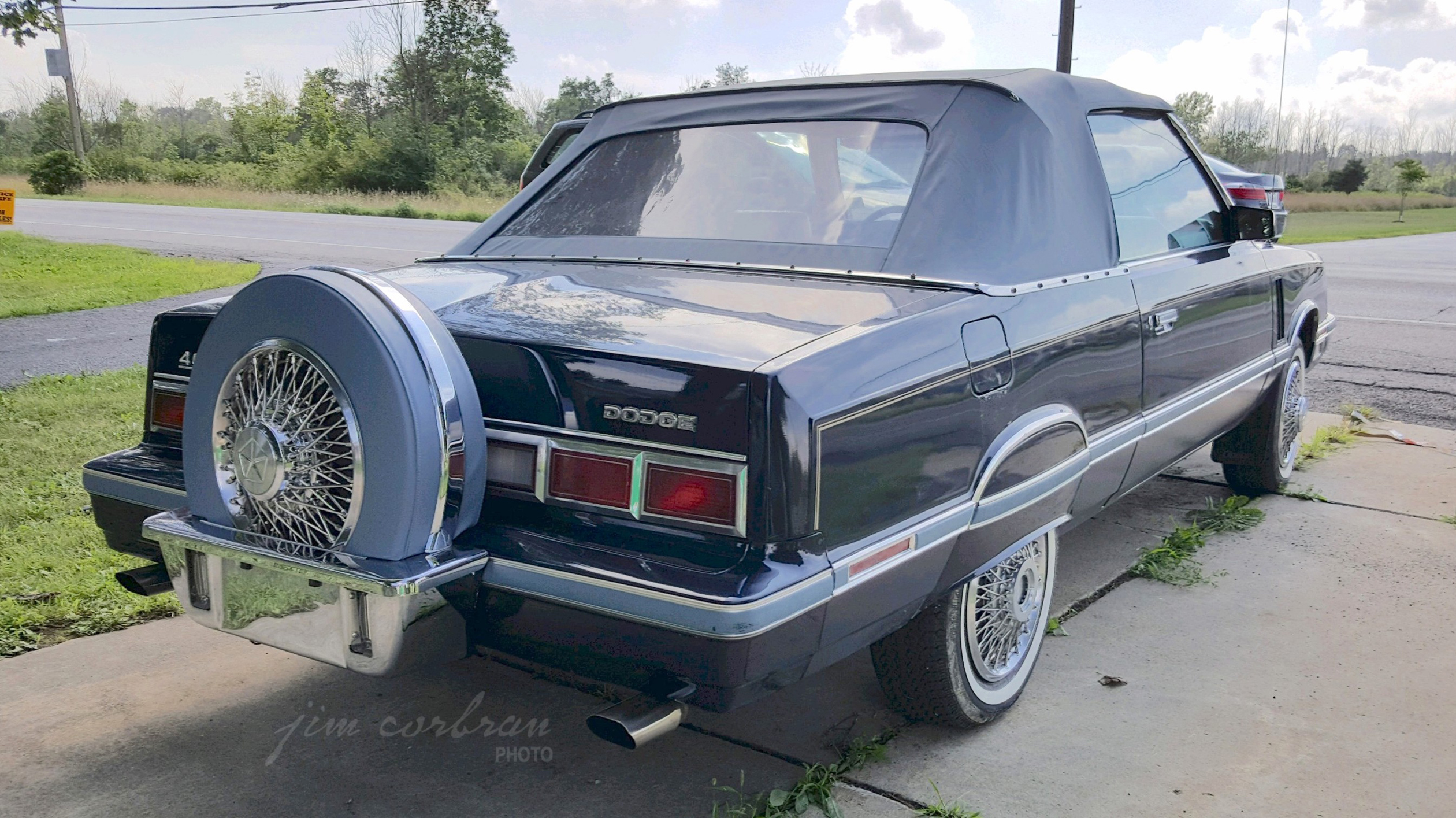 Chrysler is often credited with starting the comeback of the American convertible with the introduction of its 1982 LeBaron. What seems to often get lost in the shuffle is the fact that there was a corporate twin to the LeBaron, the 1982 Dodge 400. In their advertising, Dodge called it “America’s Most Beautiful Driving Machine…” Hyperboles aside, the 400 droptop was a handsome car, but it lasted only two model years; for 1984 Dodge stretched the 400 a bit and renamed it the 600, and it was available in two-door coupe and convertible versions as well as a couple of four-door sedans. (One has to wonder why Dodge didn’t eventually make an even larger version and call it the 800… then again, where would it end? Lol…). Today’s RealRide, seen last week in Lancaster (with help from reader John Weiksnar), has “had some work done.” Fender skirts and continental kits were not likely found on the Dodge order sheet — nor, one would suspect, were the chrome-tipped dual exhausts seen here. If this is your cup of tea, you’ll be glad to hear that it’s also wearing a For Sale sign.