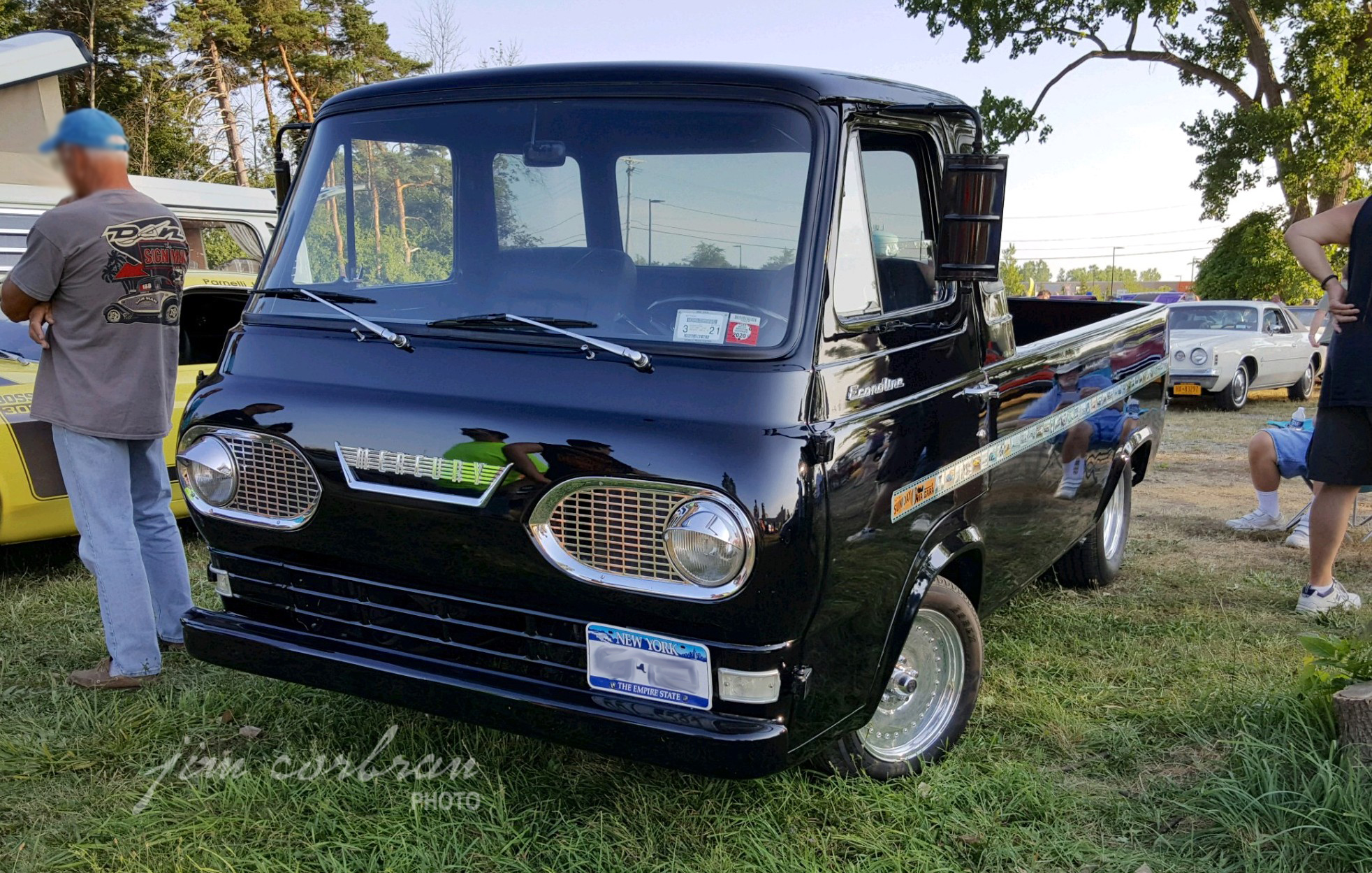 Last week we featured an early Dodge van, and yesterday in this space was a Corvair Greenbrier from 1962. So it seems only fitting to follow up with one of these old compact trucks from the other member of The Big Three. But this one’s probably the rarest of them all — a 1961 Mercury Econoline pickup. That’s right — Mercury. Why, you may ask, was there such a thing? Well, it was sold in Canadian markets, and was obviously a Ford knock-off. The reasoning behind the Mercury light trucks north of the border was due to the population being spread out over such great distances that some areas were serviced only by either a Ford/Monarch dealership, or a Mercury/Meteor store. The latter wouldn’t have had any trucks to sell without selling the — gasp! — Ford lineup, so instead the Mercury light truck line was created. As you can probably guess, it’s exactly the same as the Ford Econoline but for the badging — especially noticeable at the rear (see example below). Saw this one a few weeks ago at a weekly Monday night cruise-in at the Wurlitzer Building in North Tonawanda. 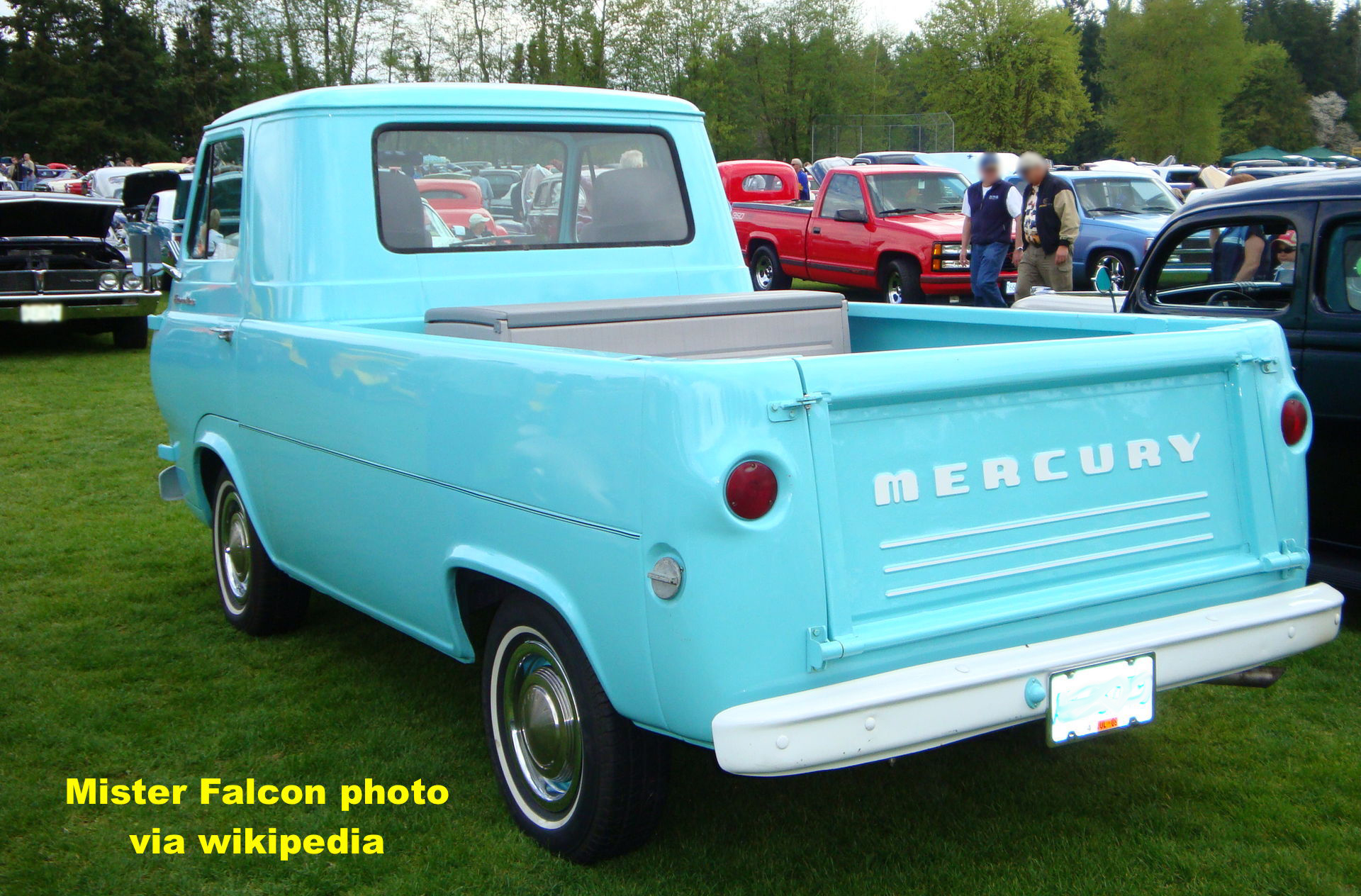