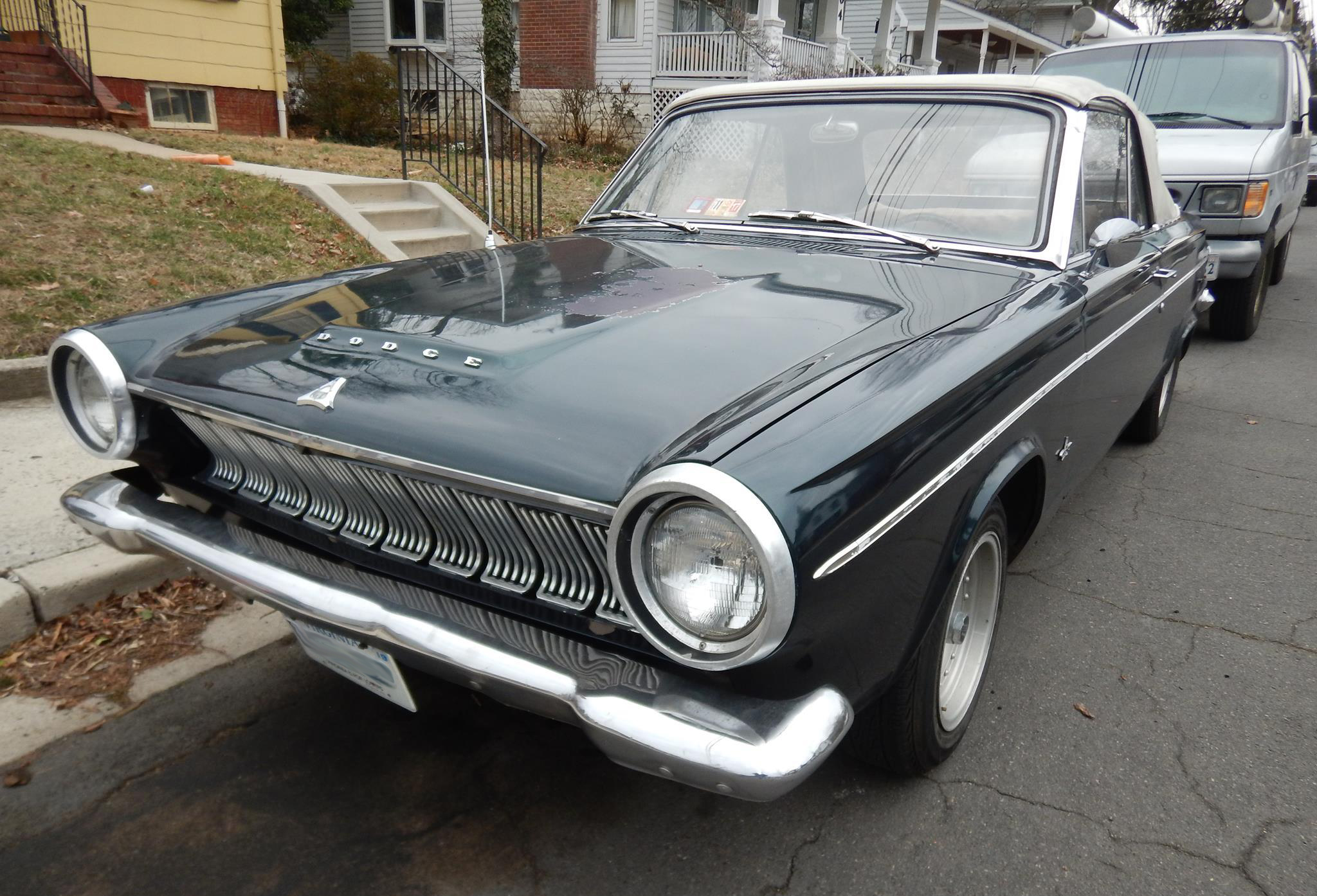 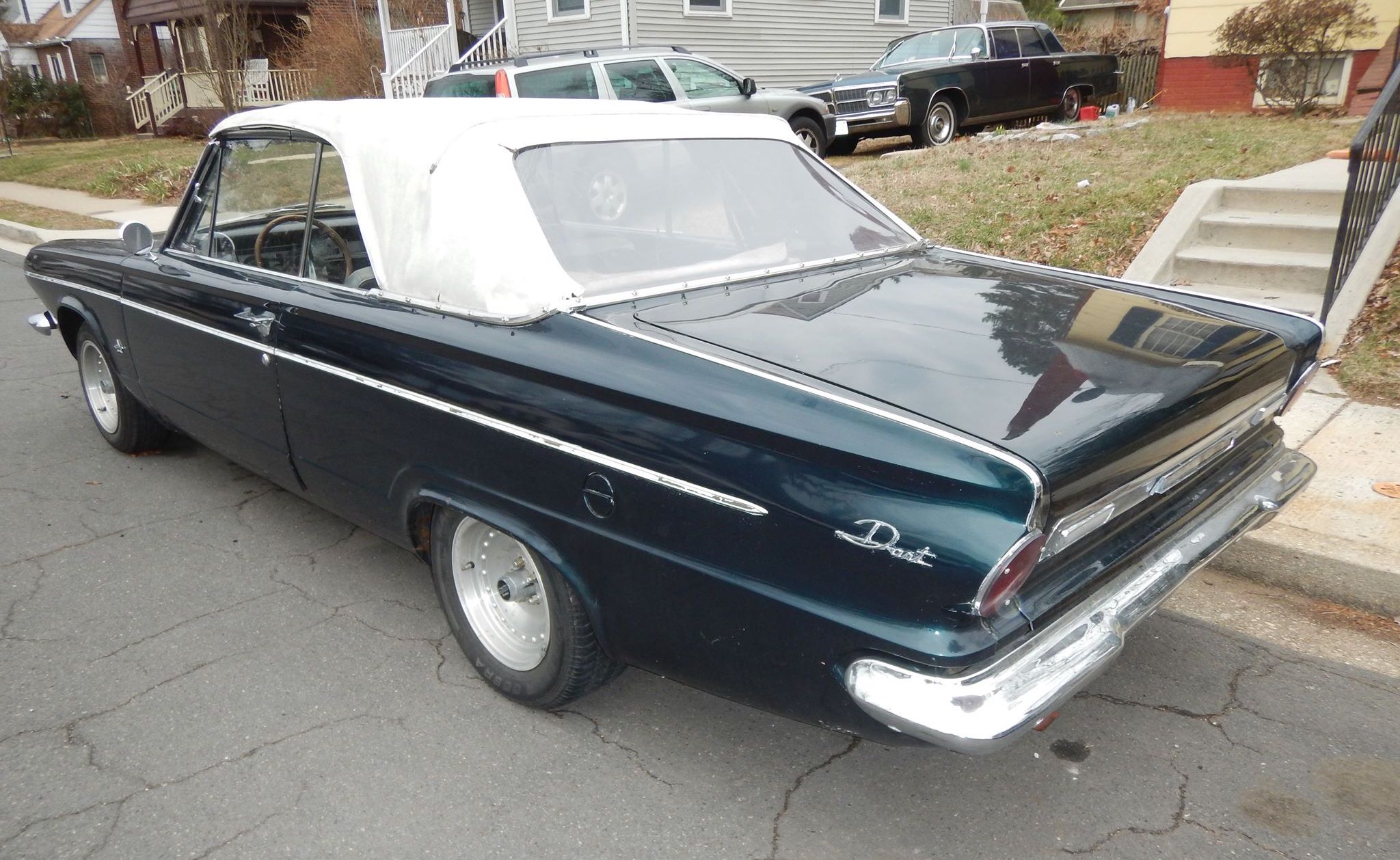 You’ve gotta love the copywriters for the 1963 Dodge Dart GT: “And for those drivers who tend to feel their way into a parking space, lookee here. There’s no excuse for it. In Dart, you can see all four fenders. Of course, if you insist on using the touch system, you’re in good shape. Dart bumpers can take it… and then some.” Doesn’t look like the drivers of today’s RealRide, spotted a while back in Arlington, Virginia by reader (and former WNYer) Nick O., tested the touch system, as everything here still seems to be intact. The Dart, as were most other early American compacts, was available only with six-cylinder engines, in this case of either 170 or 225 cubic inches — the latter of which Dodge advertised as “…the ‘six’ with the muscle of an eight! Right out of Bombsville, U.S.A.” Lol…