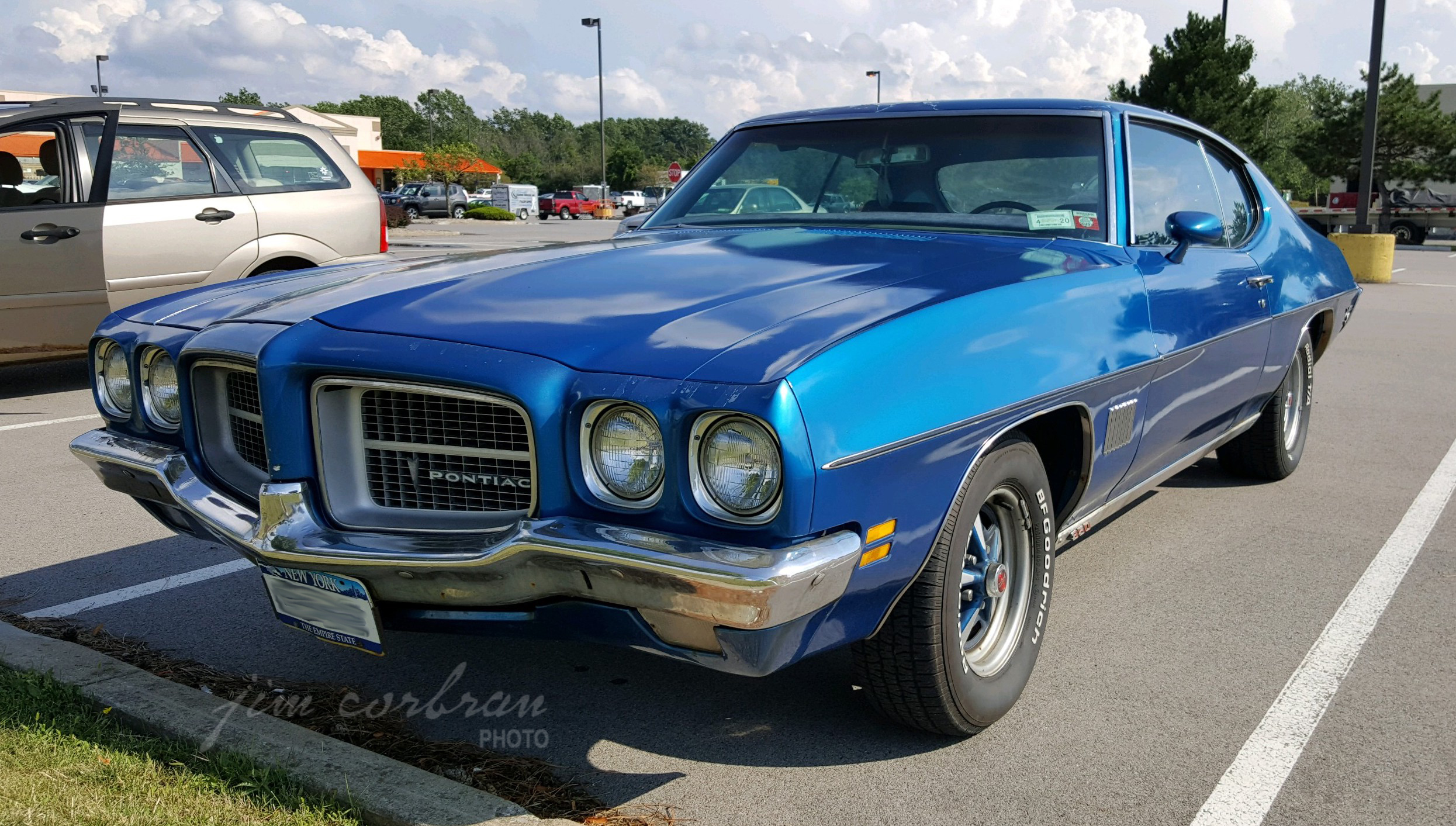 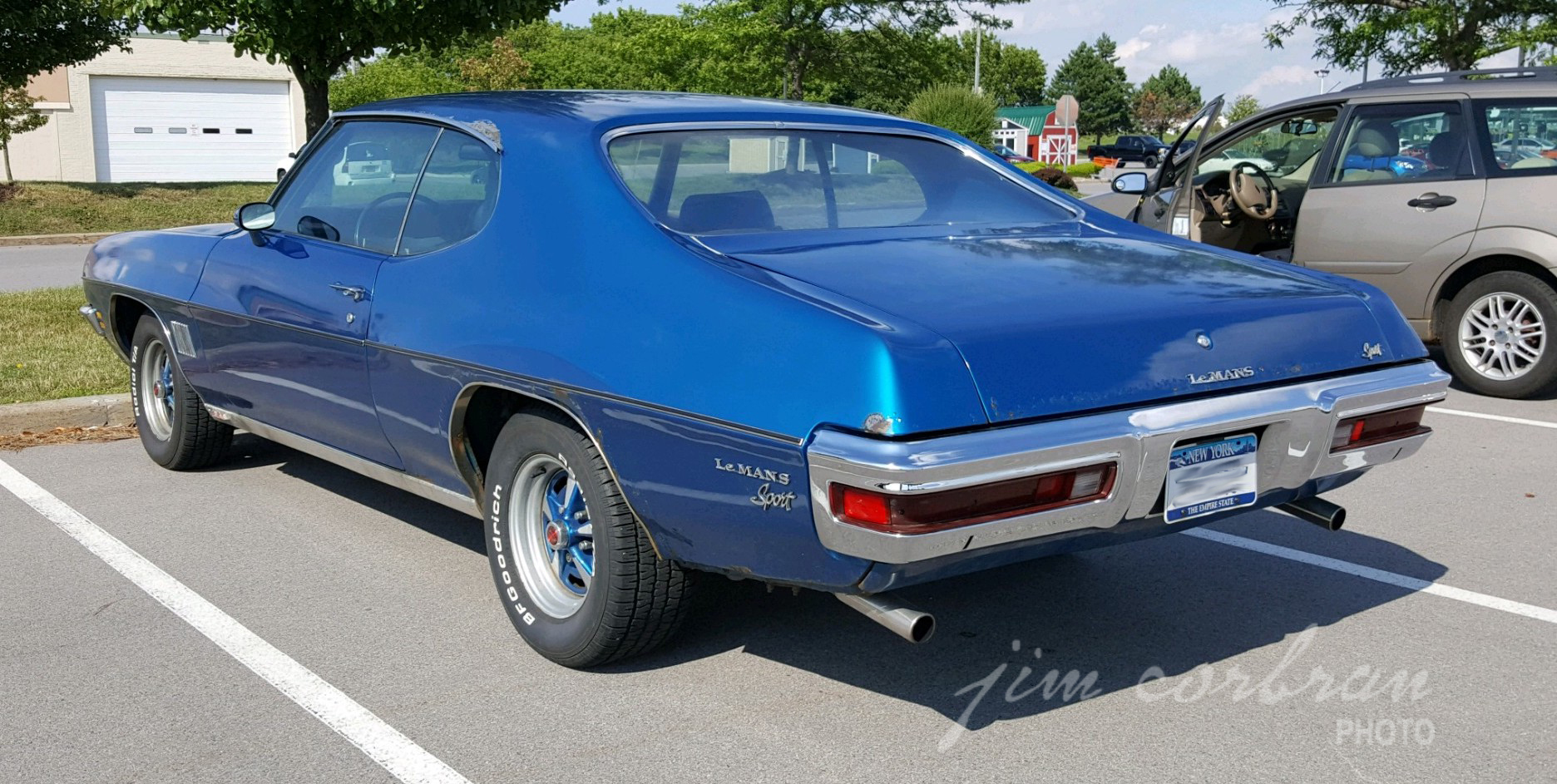 The 1971 Pontiac LeMans Sport was available with a total of six different engines. Six! They ranged from the 250cid straight six (which was actually a Chevy engine), through five V8s: a 350cid, and two each of 400 and 455 cubic inches. There were also six transmission choices, depending on engine selection. About the LeMans Sport Pontiac said “Except for our own GTO, we can’t think of a sportier intermediate.” Although today’s feature car doesn’t have it, the LeMans Sport was available with the Endura front end of the GTO (bottom of page). And inside you had a choice of Strato-bucket seats or a notchback bench for either the coupe or convertible (no buckets for the 4-door hardtop, though). At the end of their LeMans Sport spiel, Pontiac mentions that “…you can even get a bug deflector for the grille of your new LeMans Sport at your Pontiac dealer’s. But you wouldn’t, would you?” Geez, I hope not! Saw this one a couple of weeks ago in a parking lot which, according to the company website doesn’t seem to know if it’s in Clarence or Williamsville. Wikipedia says Clarence, so we’re going with that. 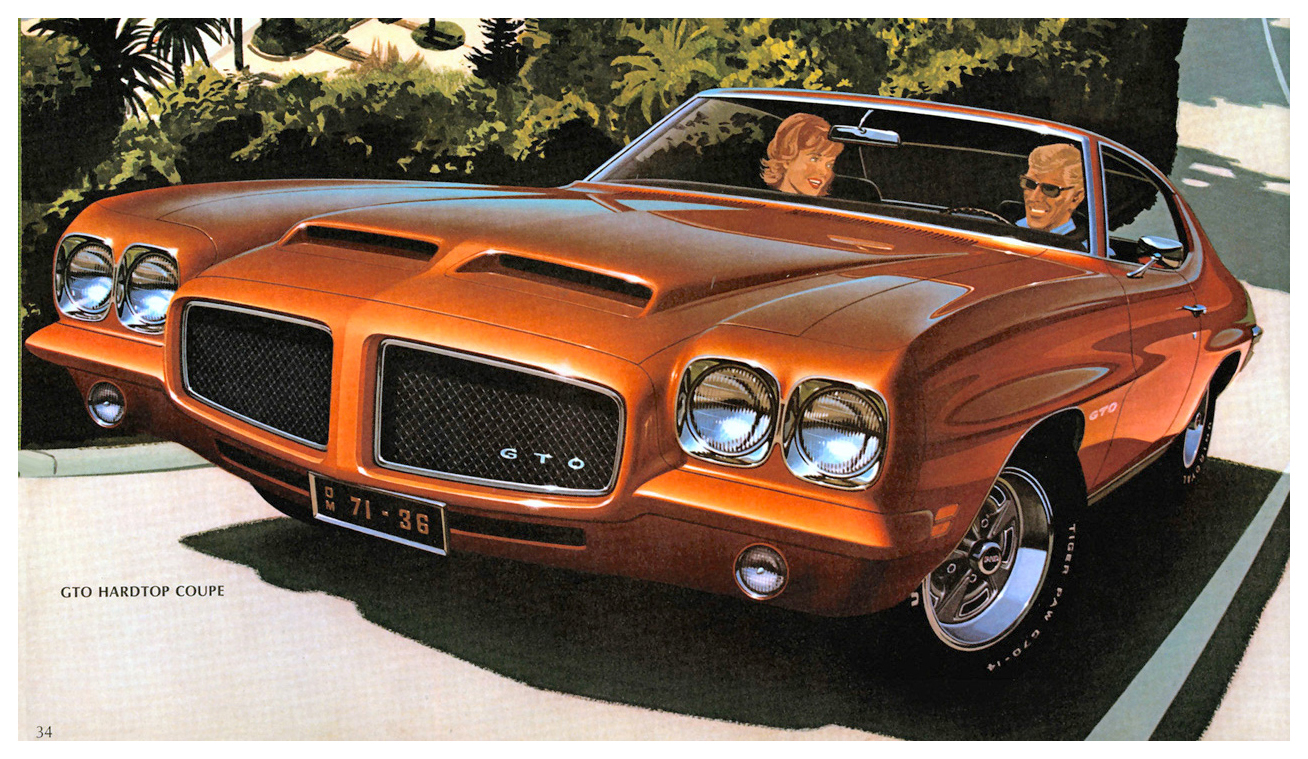