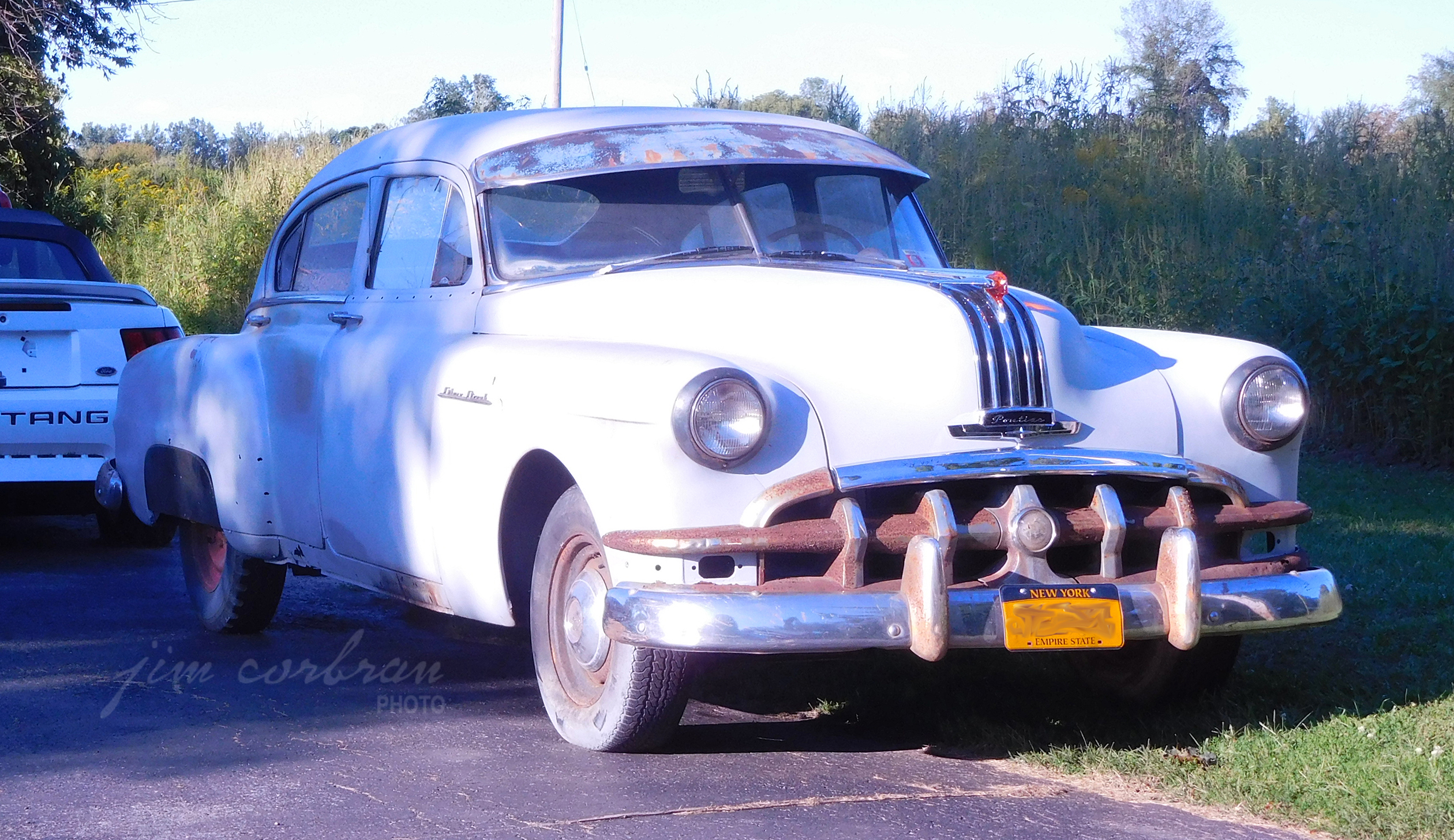 Although Cadillac’s version of this GM fastback body style was discontinued after the 1949 models, the other four divisions carried it for one more year. This 1950 Pontiac Streamliner Deluxe was one of two offered by the PMD (there was also a two-door). As if Pontiac Streamliner Deluxe wasn’t already enough of a name, these cars carried the Silver Streak not only as ornamentation over their hoods and trunk lids, but they bore the moniker on their front fenders as well. They were available with either of two engines: “Pontiac’s famous straight-eight, or the equally renowned six.” There wouldn’t be a V8 offered in a new Pontiac until the 1955 models hit the showroom. We saw this one just yesterday, driving through the hamlet of Wright’s Corners on our way to (and from) the 30thAnnual Olcott Beach Car Show.