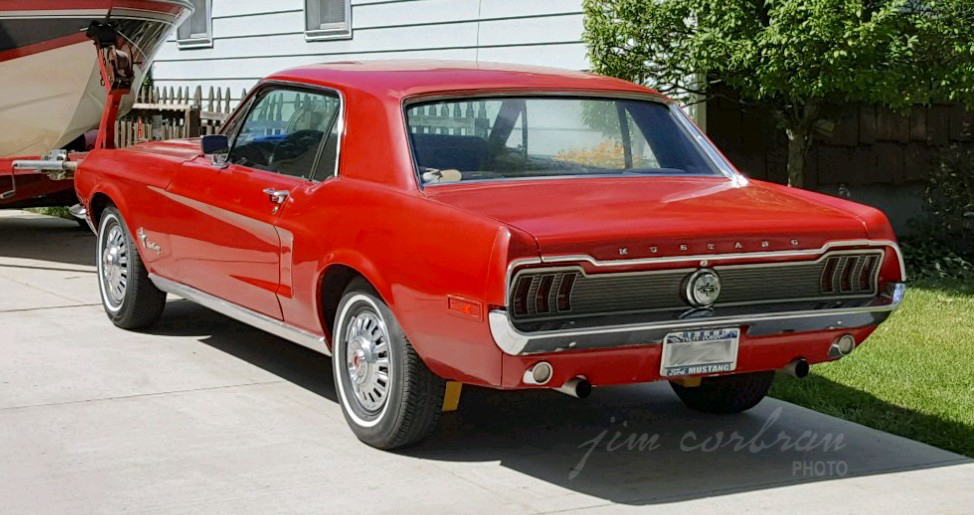 Came across this 1968 Ford Mustang hardtop last week while bicycling through the RealRides Tonawanda neighborhood. It’s a bit unusual as it’s wearing a dark gray Lower Back Grille — which from every source I checked was a $19.48 option available only on the 1967 models. One source says the reason they weren’t available for the ’68 models was that the factory which produced them was destroyed in a fire. It’s quite possible that Ford used-up any of these grilles which were still in their inventory when the early ’68 models were built, but that’s conjecture on my part. The 1967 Ford Buyer’s Digest shows a couple of photos with the optional grille painted the same color as the rest of the car, while many Mustang owners’ forums on the internet discuss the dark gray color seen here. The chrome trim which surrounds the taillight panel at the edge of the trunklid and on the quarter panel extensions, which was part of the Exterior Décor Group option for 1967, was standard on all ’68s. Nice to see one of these still looking stock!