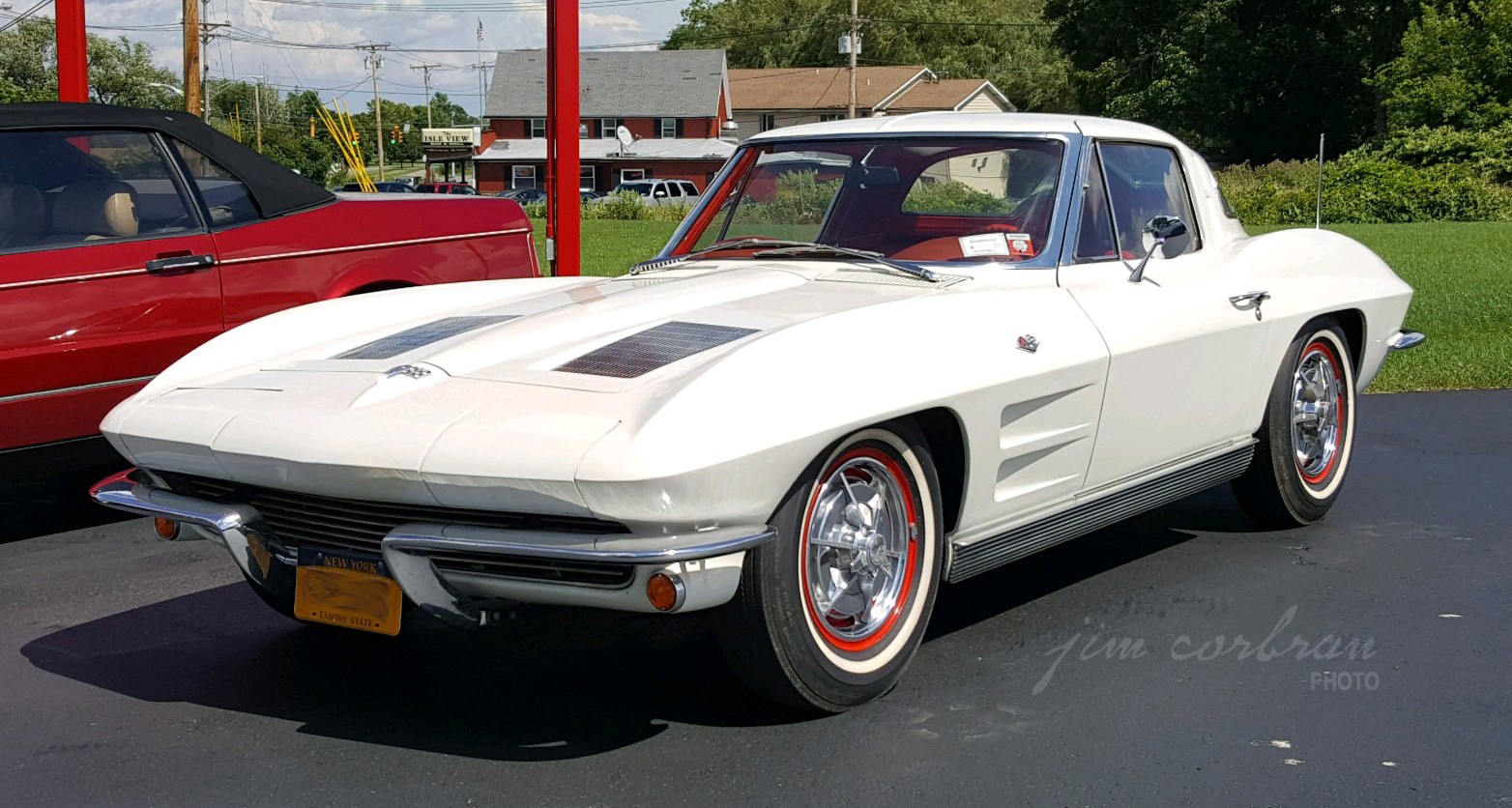 There was almost an equal number of sport coupe and convertible models of the 1963 Chevrolet Corvette Sting Ray produced: 10,594 vs 10,919. This sport coupe was spotted last week nestled amongst a few other classics in a Tonawanda used car row. Hard to say if it’s for sale or not. This was the first year for the restyled Corvette — well, at least restyled from the rear quarter panels forward; the back end (the new coupe version being the exception) was still pretty much the same as it had been since the 1961 model was introduced. It was however, the first year for the Sting Ray name (a name which for some reason morphed into Stingray in 1969), and the only year to feature the famous split rear window (below). Why did Chevy switch to a one-piece rear window for the ’64 models? The story goes that head GM designer Bill Mitchell pushed for the split version and won out, temporarily, until the engineers pointed out the production problems installing it (not to mention the rear-vision problems it caused for drivers). That being said, it is arguably one of the great designs of the Sixties from a visual standpoint. 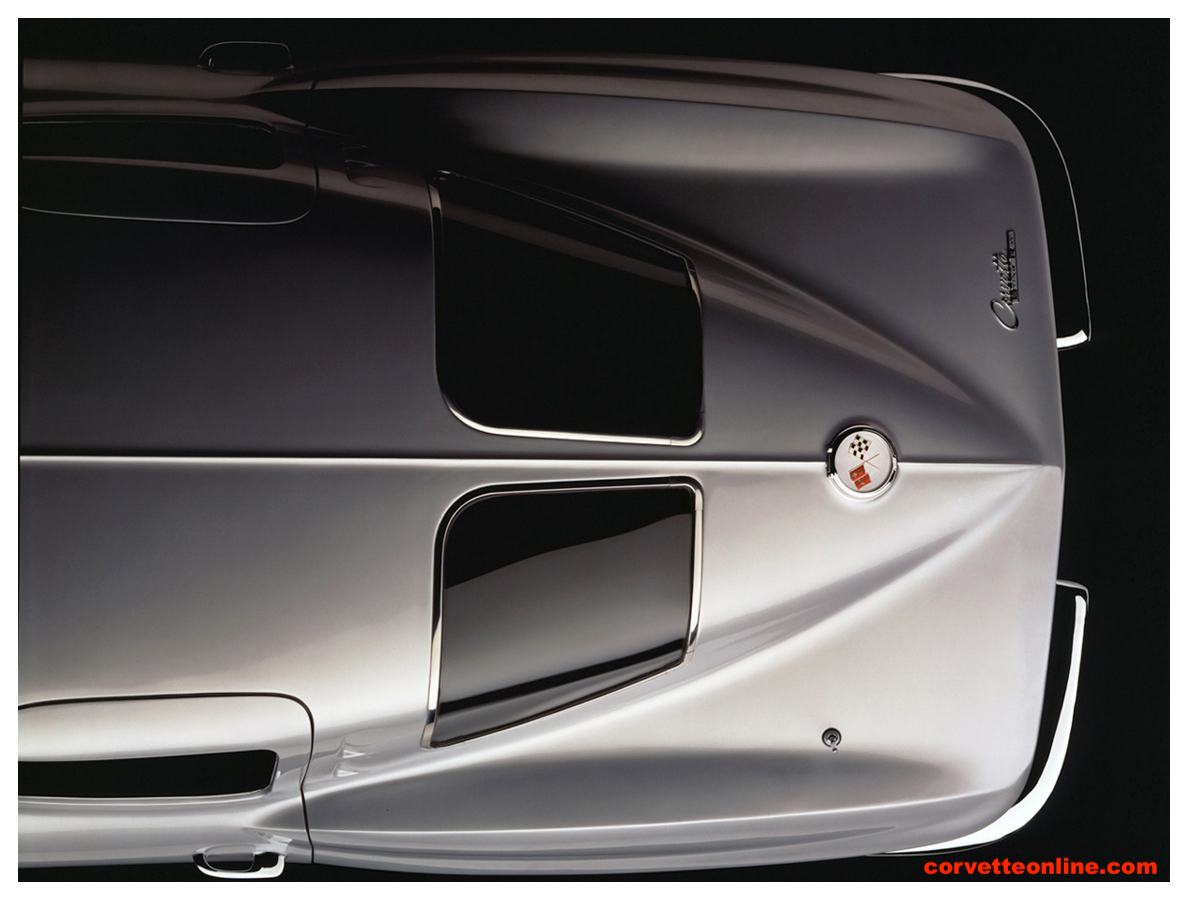