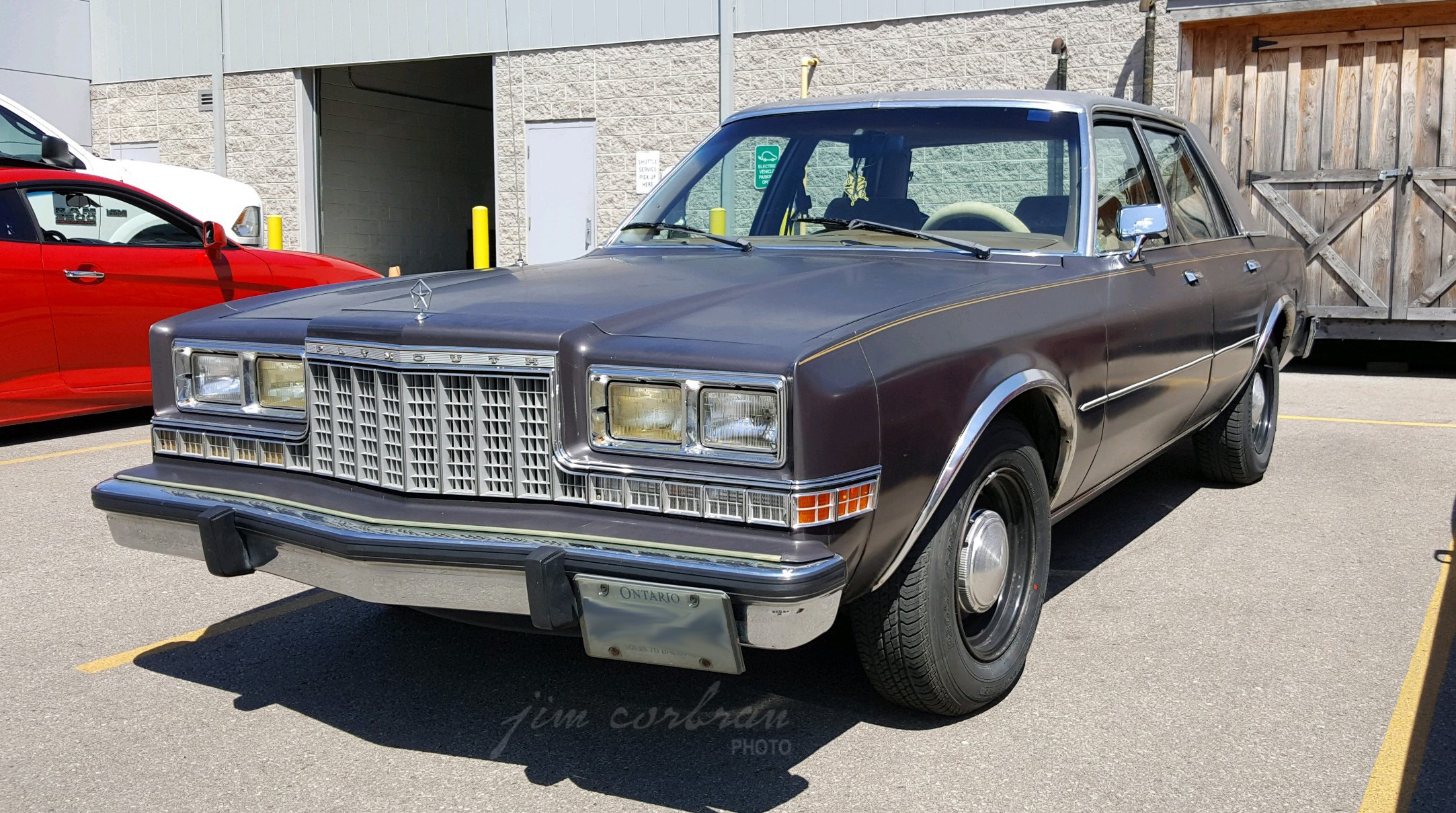 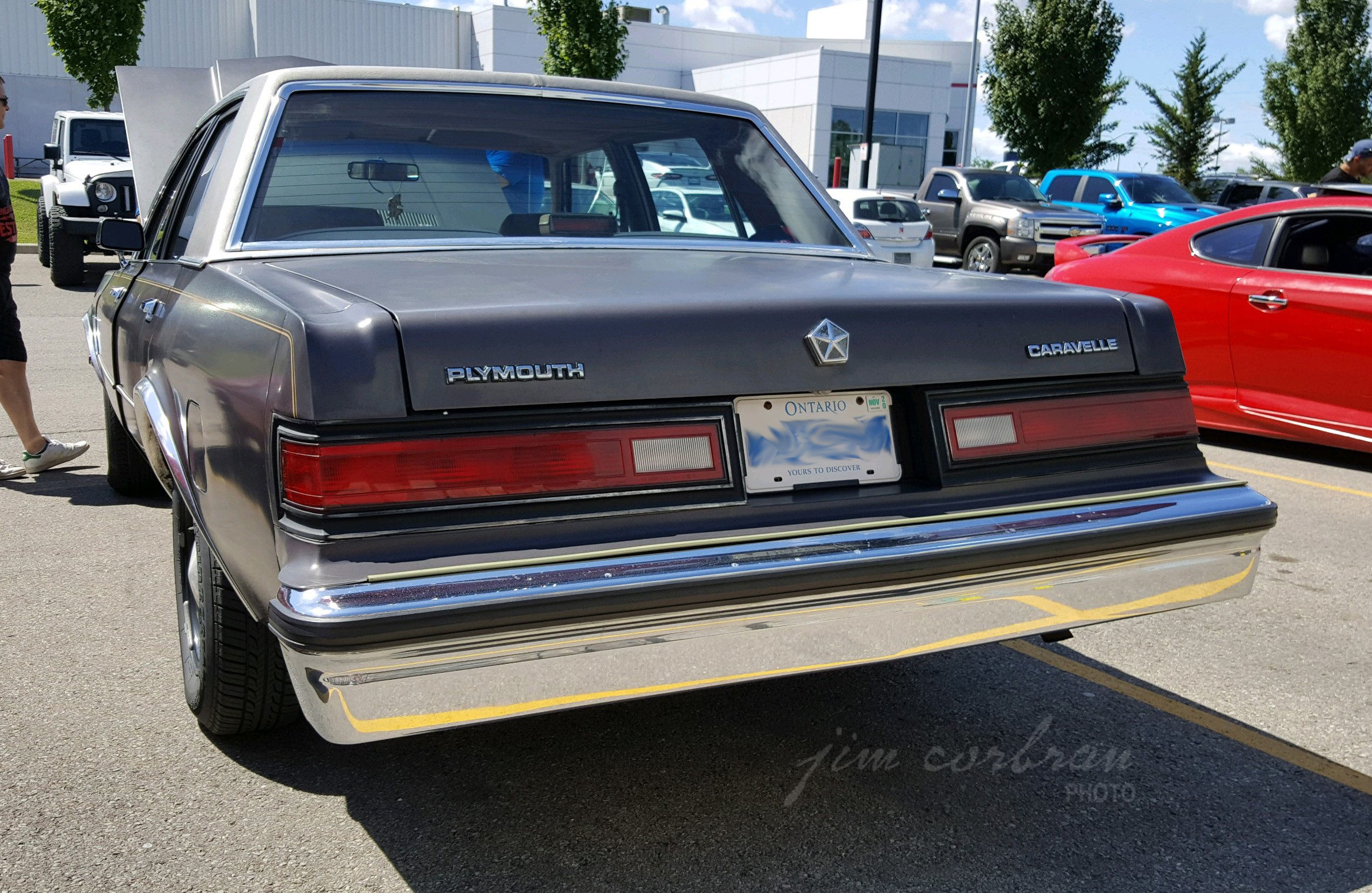 Came across this 1989 Plymouth Caravelle Salon last month at Rose City Chrysler's Mopar Classic Car Show in Welland. The Caravelle name had been around in Canada for a few years, tacked on to a Plymouth version of the Dodge Diplomat. In 1983, when Chrysler decided to use the name for a Plymouth version of the Dodge 600 (a stretched K-car) in the rest of North America, the big rear-drive Caravelles north of the border all became known as Caravelle Salon (although, I don’t believe that there was a Salon badge added to the car… unless it’s only on the interior somewhere). These big cars, favourites of police and cab fleet buyers, first appeared in Canada for model year 1978, and were basically rebadged Diplomats, available, as were the Dodge and Chrysler LeBaron versions, as a two-door coupe or four-door sedan. A station wagon was added to the Caravelle line in 1979, but it was discontinued after the 1981 models (as were the two-doors). This car is interesting, thanks to that day's sun — from the front it looks tan over dark brown, while from the rear it looks silver over dark gray. Take your pick!

Got a RealRide you'd like to see featured here? Drop us a line at RealRidesofWNY@gmail.co