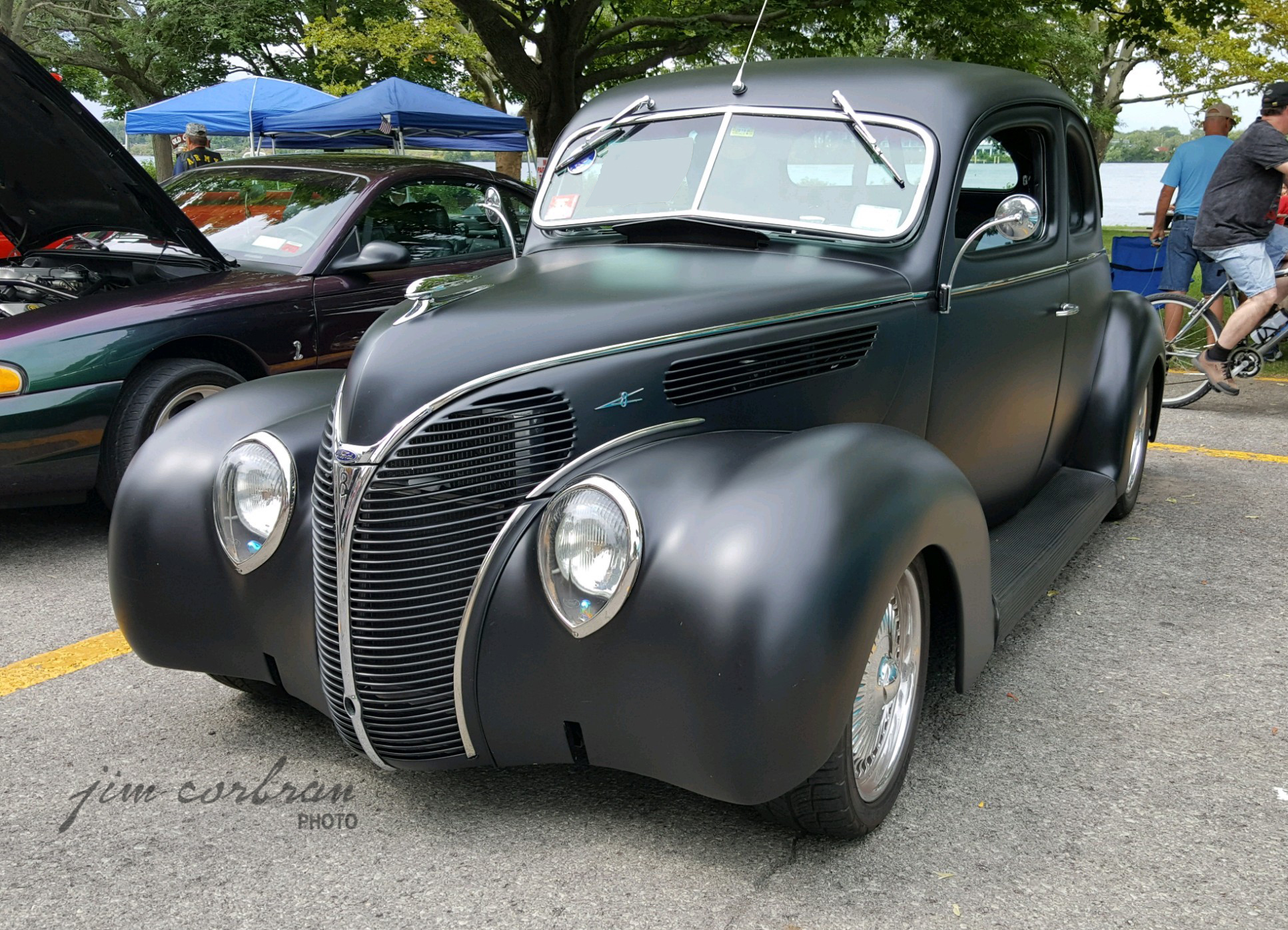 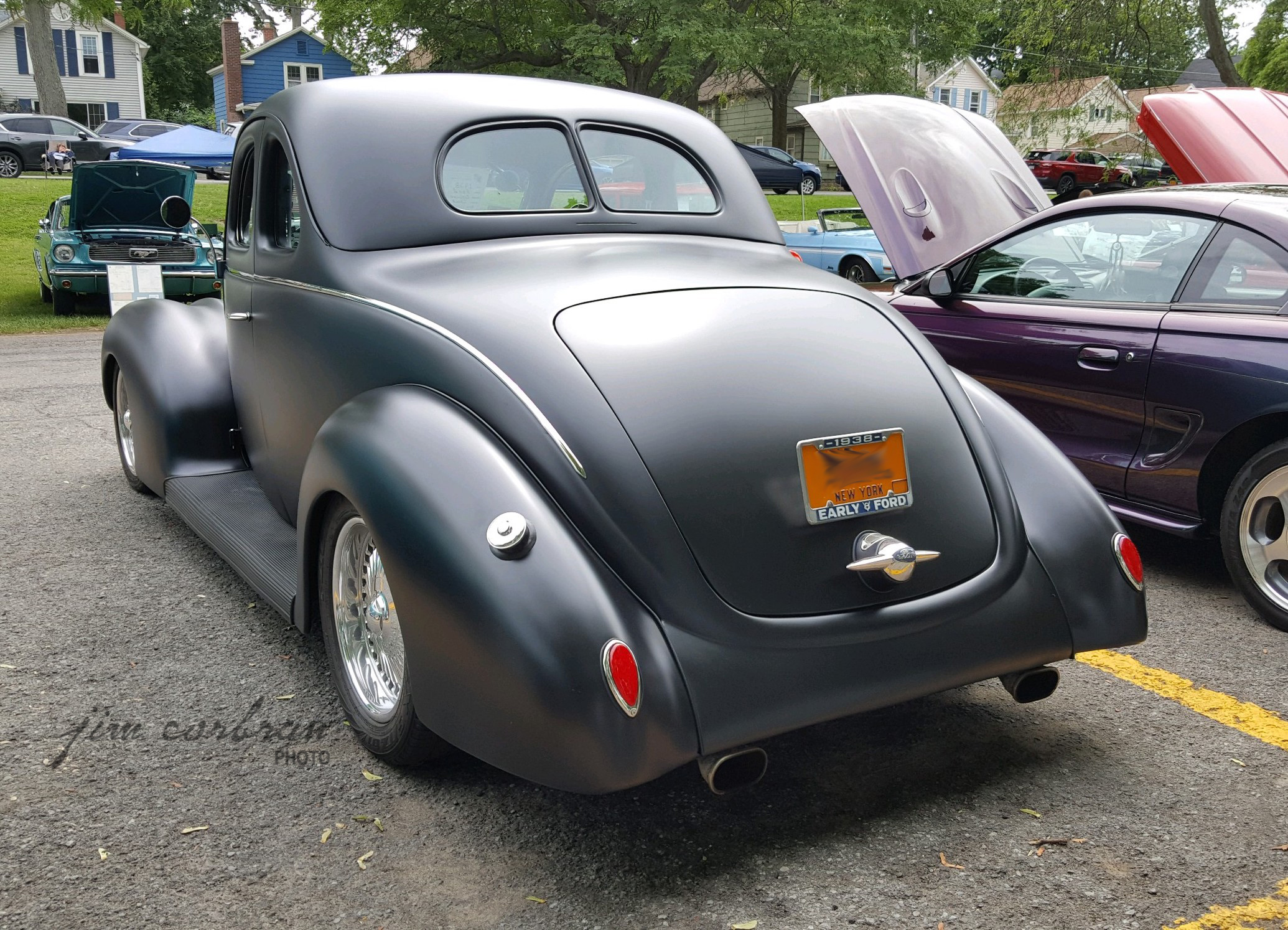 This 1938 Ford DeLuxe coupe features one of my favorite pre-War Ford front ends. Ford must have liked it too, as it was used again for the 1939 Ford Standard models. Actually, that’s what Ford did there for a few years; restyled the DeLuxe models, and used the previous year’s DeLuxe styling for the new Standard models. Keep the neighbors guessing as to what you were driving, I guess. All of the ’38 DeLuxe models came equipped with Ford’s 221cid, 85-hp V8. It might not seem like a lot now, but back in the day, it was. The Standard ’38 models had a 60-hp 136cid V8 (yes, all ’38 Fords were V8-powered), about which Ford told us “Since its introduction, hundreds of owners have reported 22 to 27 miles on a gallon of gas — some even more.” Saw this black example last weekend at the annual Classics on the Niagara Car Show in Niawanda Park, right on the river in Tonawanda.