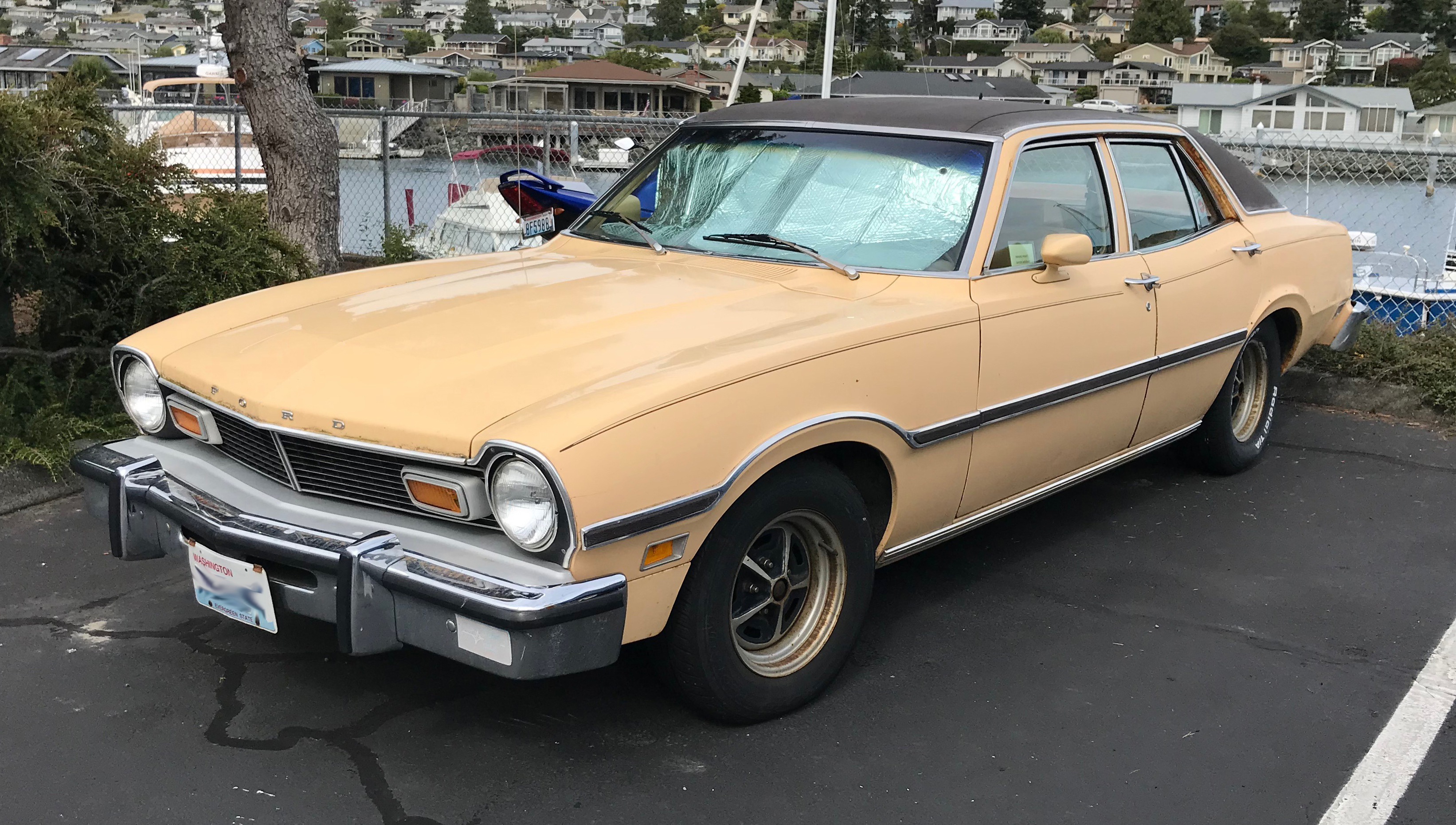 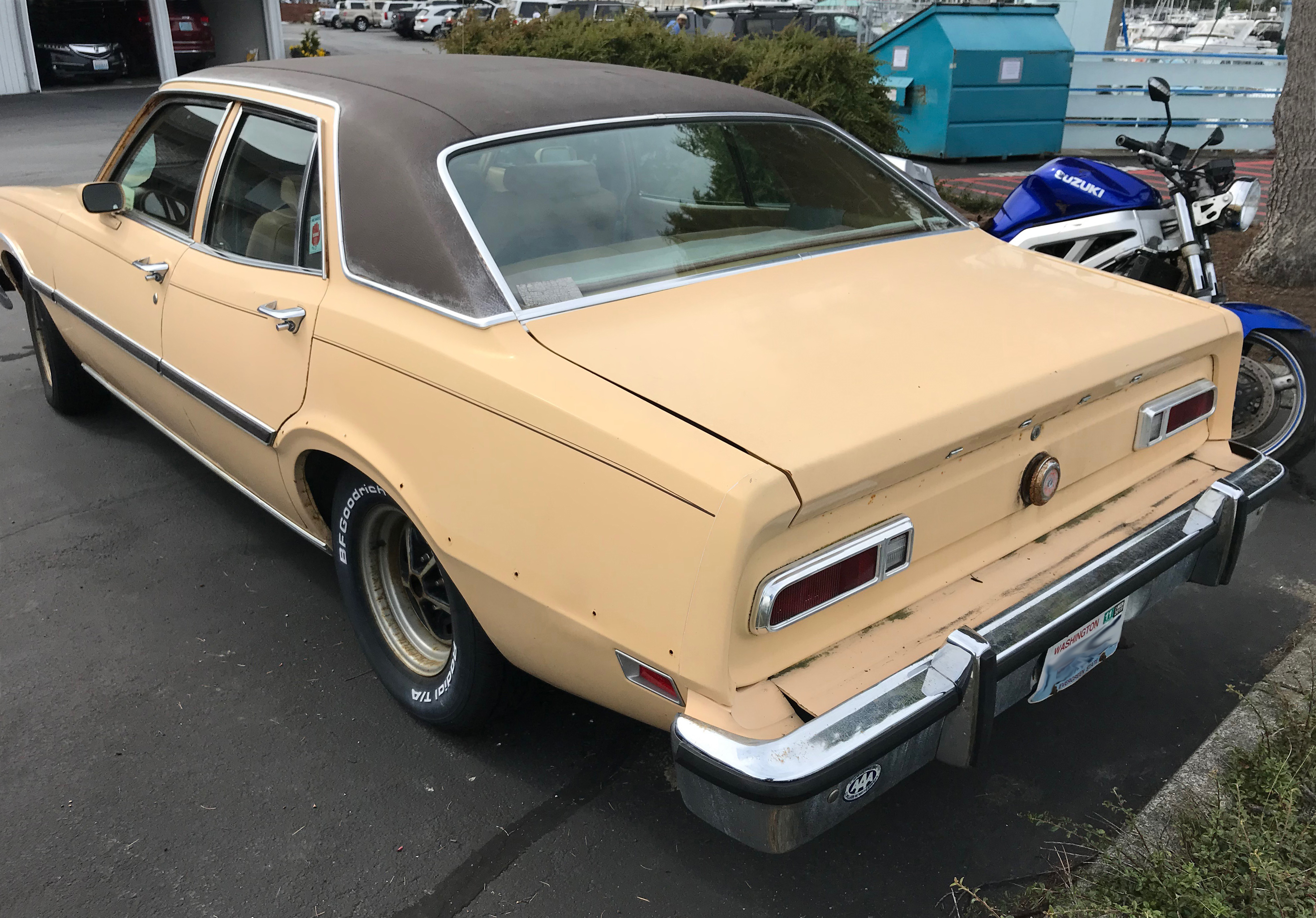 We’ve seen RealRides on the Road before from former WNYer Rick Lapp, a long-time acquaintance who really seems to get around from his current home base in Central Pennsylvania. He spotted this 1976 Ford Maverick on a recent trip, parked in a marina in Anacortes, Washington. About 60 miles south of the Canadian border, Anacortes is on Fidalgo Island, about 80 miles northwest of Seattle. The Maverick, which is wearing a set of currently registered plates, has a few options, including the bumper group, rocker panel moldings, paint stripe, and vinyl roof. It also has the wide color-keyed vinyl insert body-side moldings which were part of the Exterior Luxury Décor Option, but seeing that some other elements of this package are missing, it’s hard to say if this Décor option was originally on the car or not. Nonetheless, this is quite a find. The 1976 Maverick was the compact’s penultimate year, with about 140,000 sold.