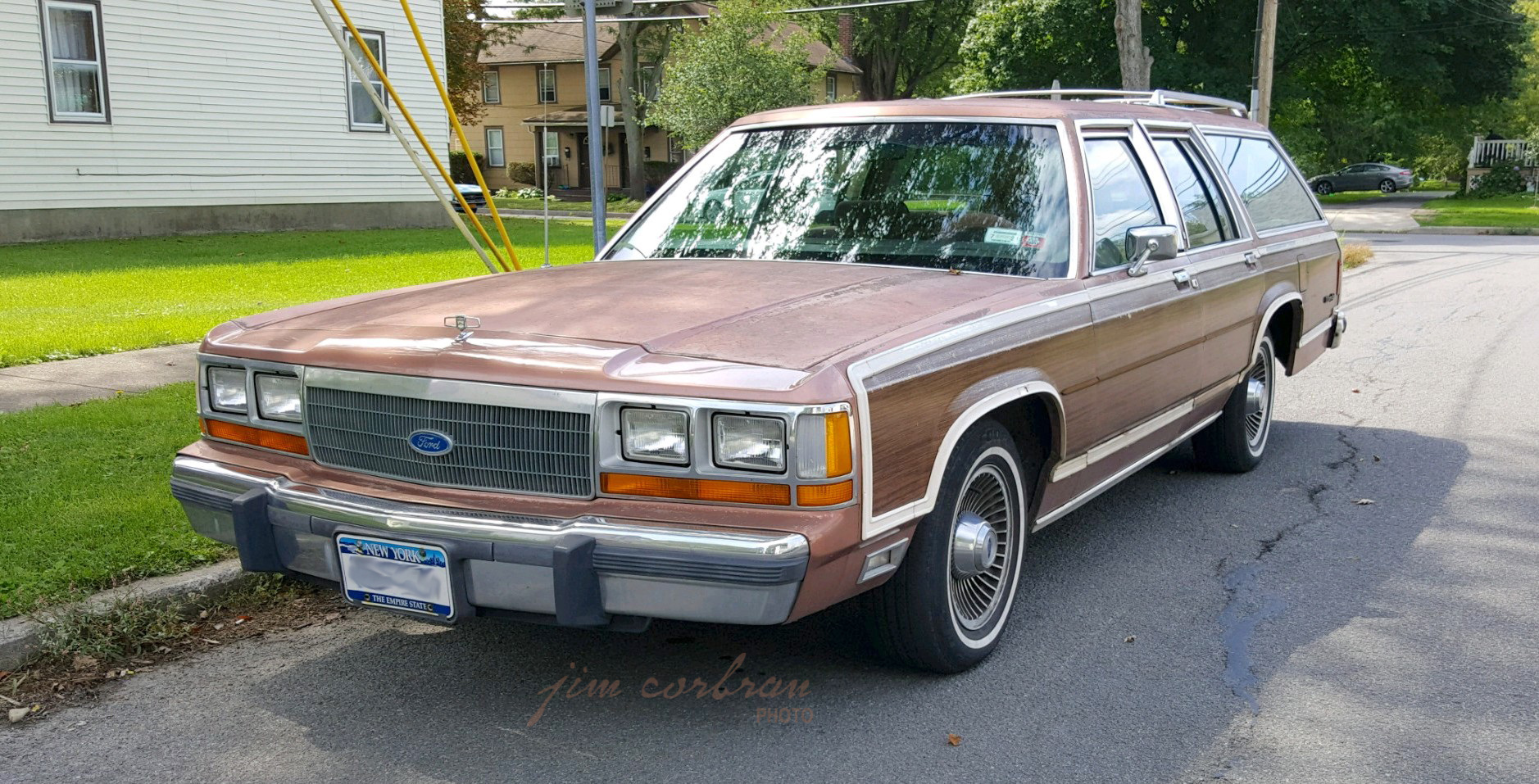 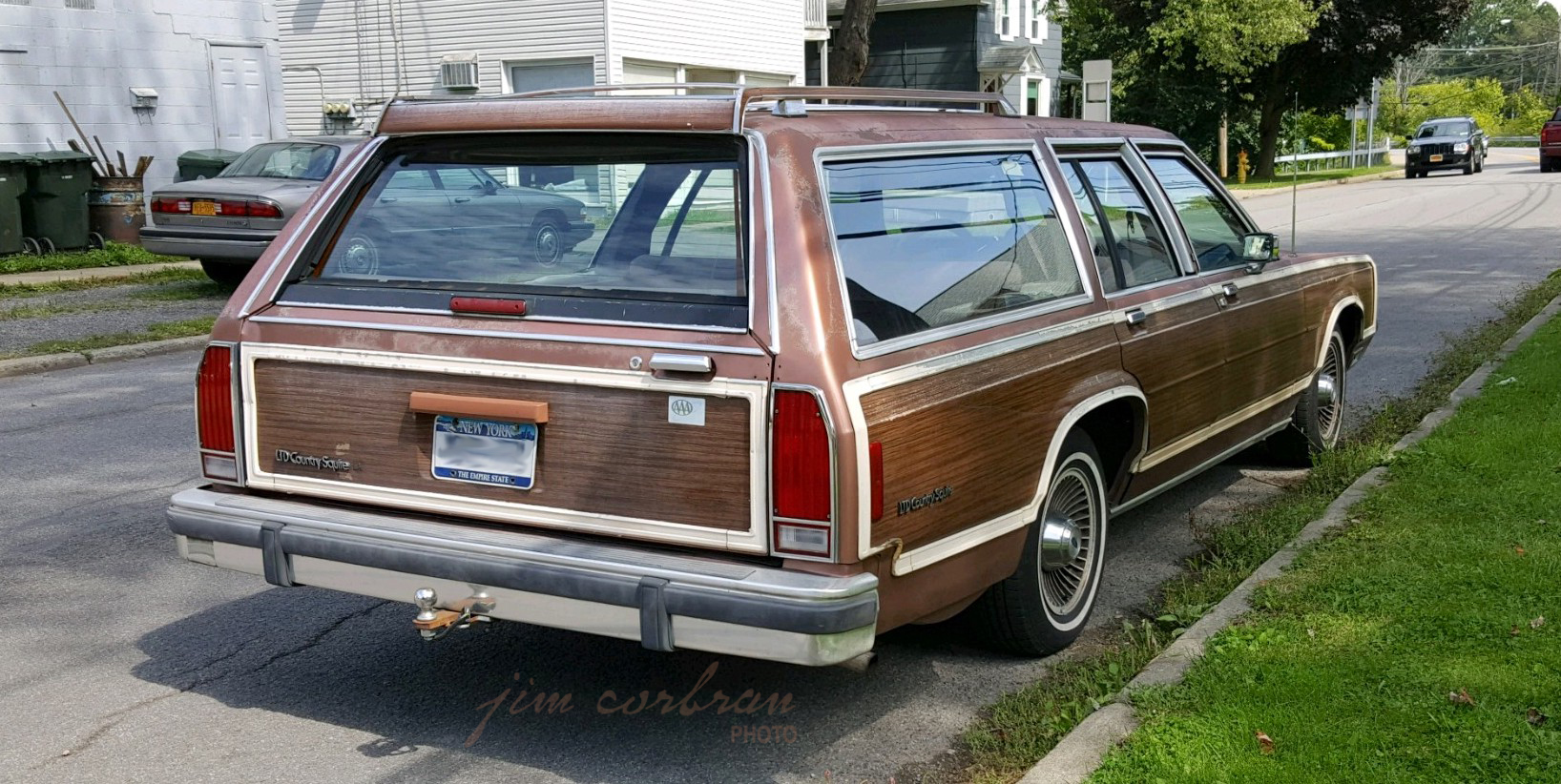 If you were still a fan of big station wagons 29 years ago, the folks from Dearborn were more than happy to accommodate you. Example: this 1990 Ford LTD Country Squire was one of two B-I-G wagons still in their catalog — the other being the non-woodclad (and seldom seen these days) LTD Crown Victoria Wagon. Both, as Ford told us in their almost-identical 1990 and 1991 brochures, were also  “…available in the LX series, with its extra complement of luxury and convenience.” Today’s non-LX example, which we’re guessing is in Woodrose Poly, was seen a few days ago in North Tonawanda. It would have come standard from the factory equipped with a 302cid V8 rated at 150 hp, connected to an automatic overdrive transmission. Dual-facing rear seats were optional in the standard models, and standard on the LX.