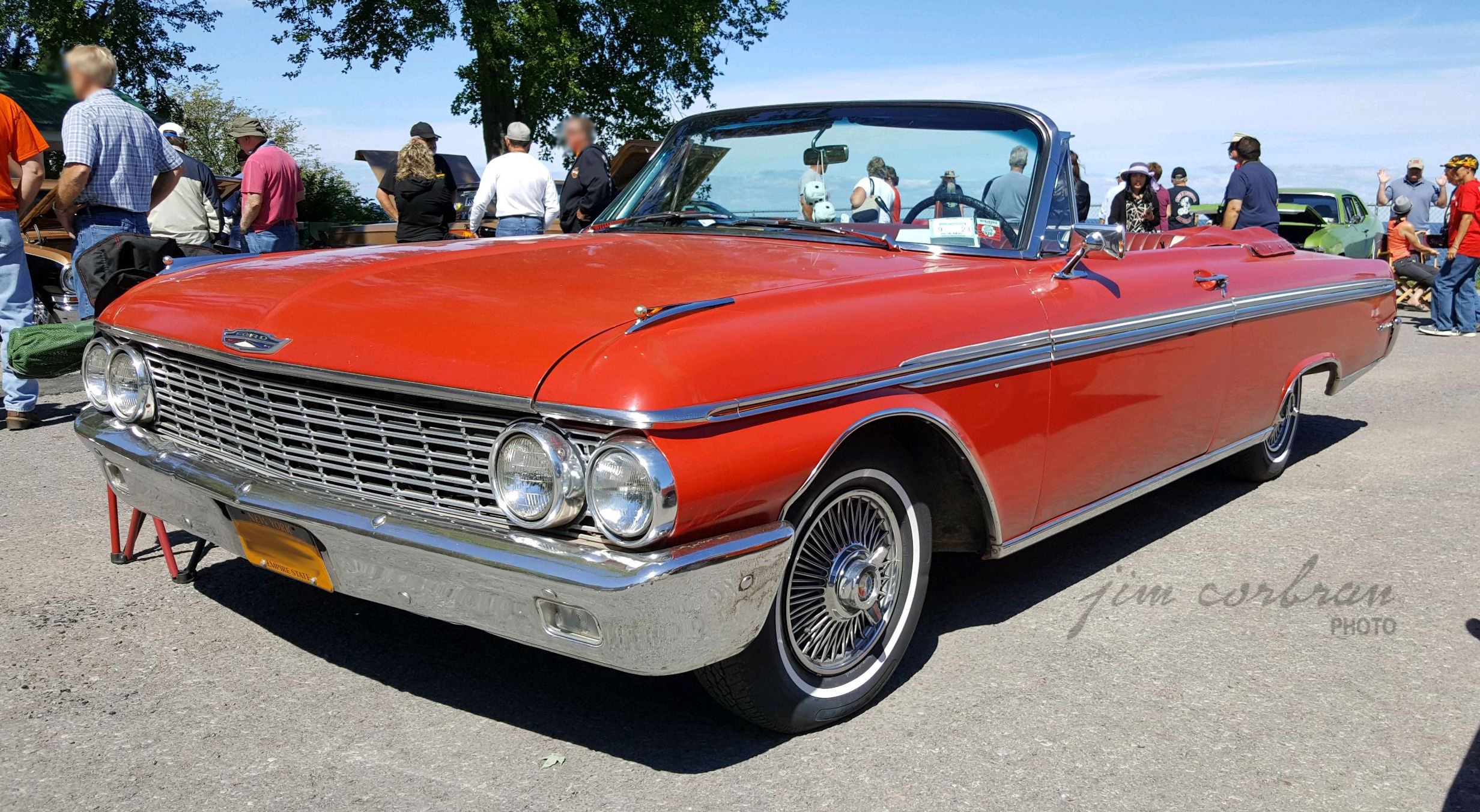 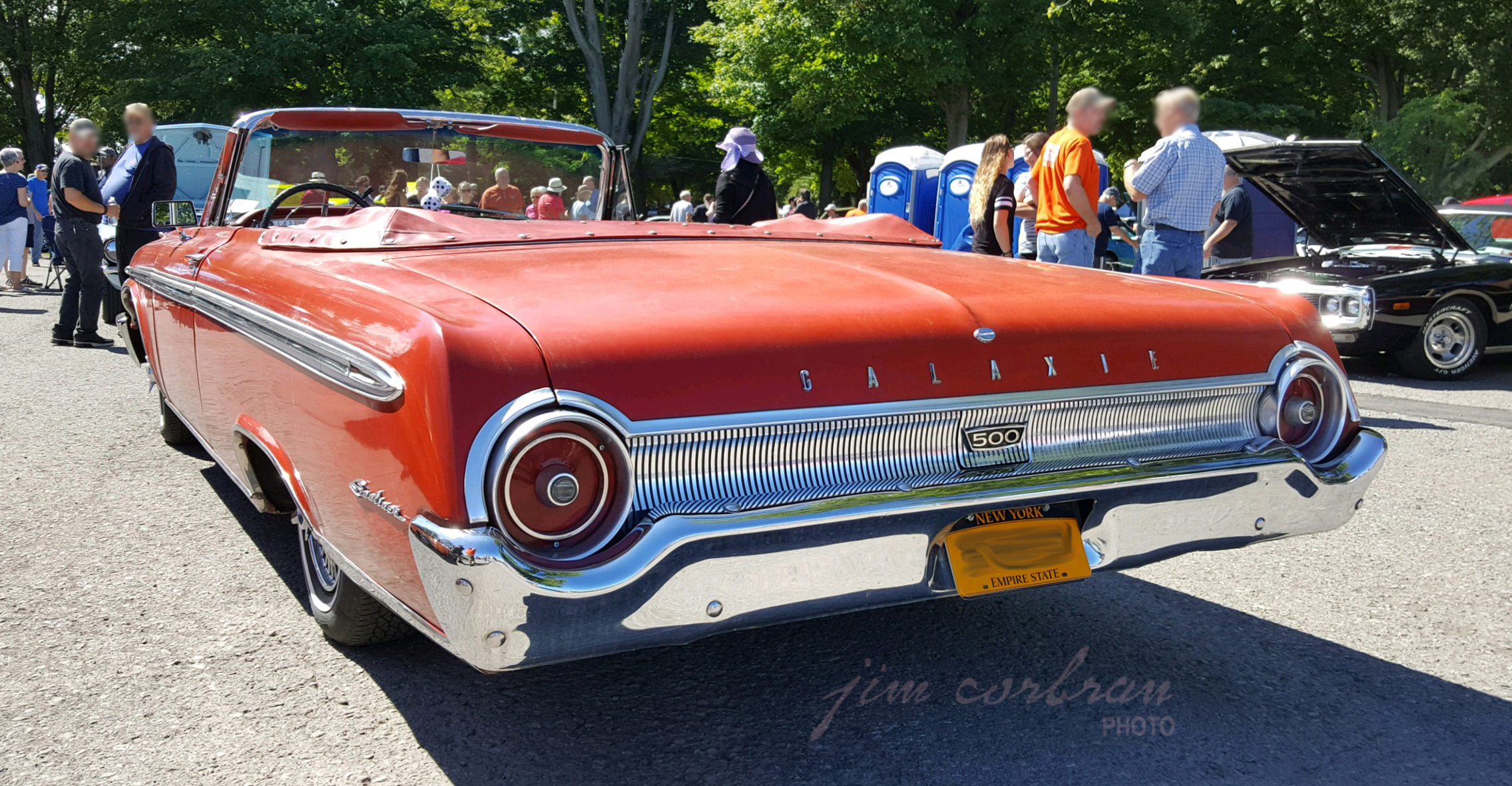 Nice to come across this 1962 Ford Galaxie 500 Sunliner a couple of weekends ago at the Olcott Beach Car Show. After some of the garishness of the late 1950s, Ford’s ’62 fullsize models were an exercise in simplicity. Yes there was still a bit of chrome, but the overall lines of the car were a complete 180 degree turn from the 1957-59 models, and had a much more conservative look than the quirky 1960 models. The Galaxie 500 Sunliner was Ford’s top-selling big convertible with 42,646 produced; the pricier 500XL, which was introduced later in the model year, racked up sales of 13,183. Hard to say what’s under the hood here, but the standard engine was a 223cid inline six, while V8 options ranged from 292, through 352, 390, and 406 cubic inches.