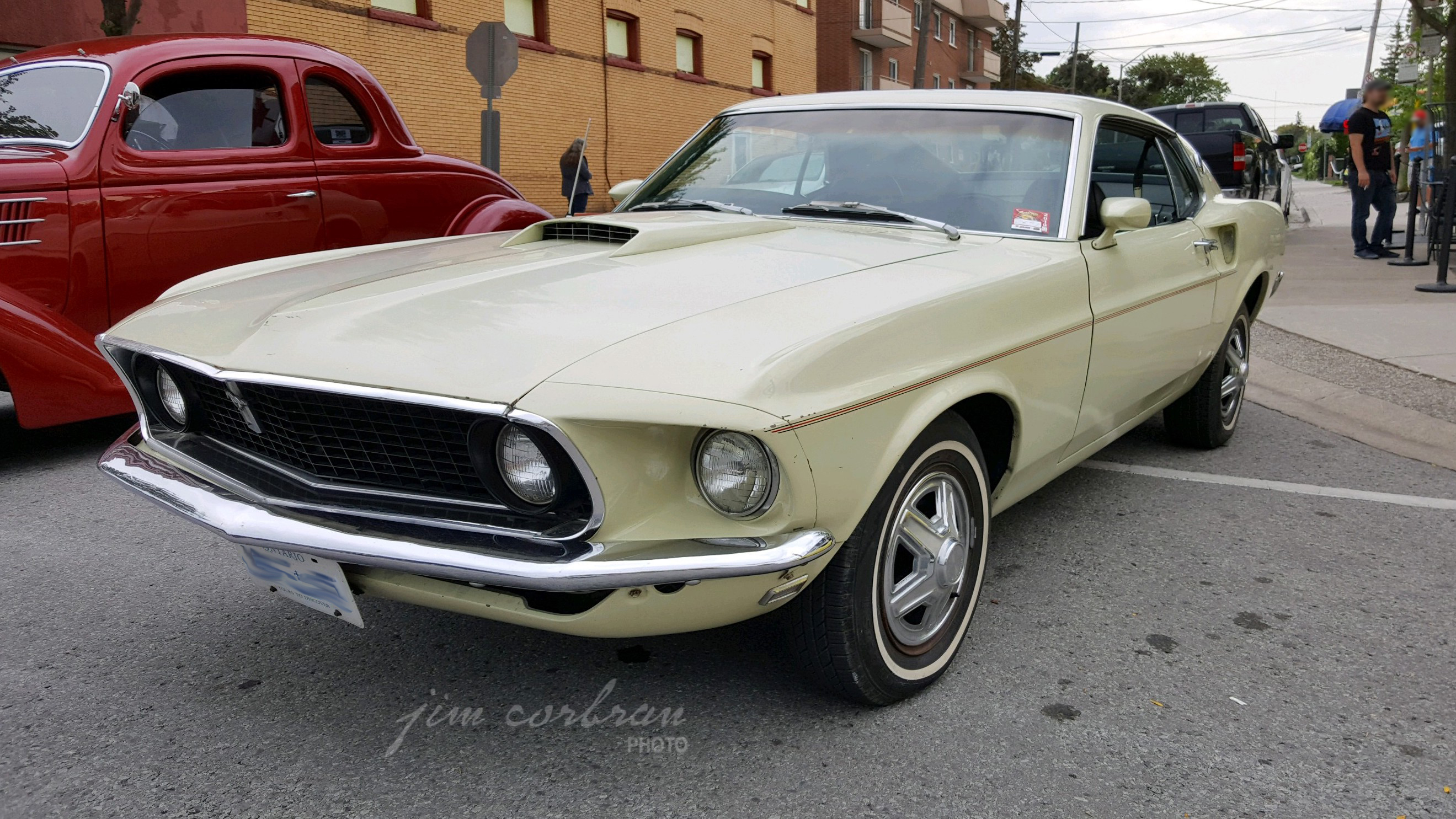 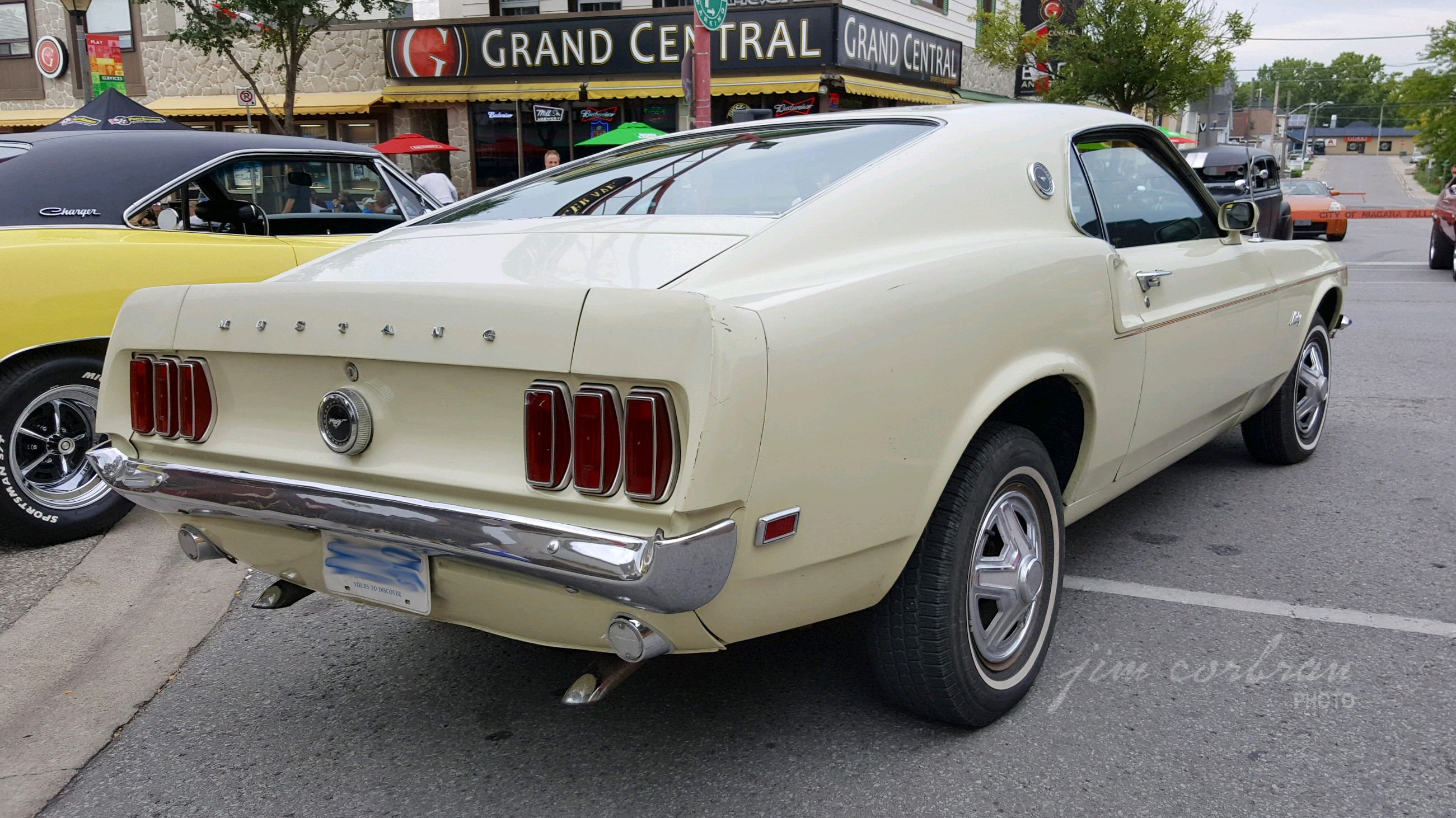 The 1969 Ford Mustang SportsRoof was still a pretty manageable size — bigger than the original models, but nothing like what was to come in a couple more years. Saw this very unmolested example a couple of nights ago at a weekly Cruising on the Q cruise night on Queen Street in Niagara Falls, Ontario. Standard engine was still a straight six — pretty much the same 200cid unit that had been around since the early ’65 models debuted in April, 1964. Optional was a 250cid six — although, maybe to make it sound sportier, Ford referred to it in their literature as “…a meatier 4.1-litre.” From the dual exhausts on today’s RealRide (and the hood scoop!), I’d guess that this one has one of six available V8 engines, which ranged in size from 302 through 429 cubic inches, with stops in between of 351, 390, and 428cid.