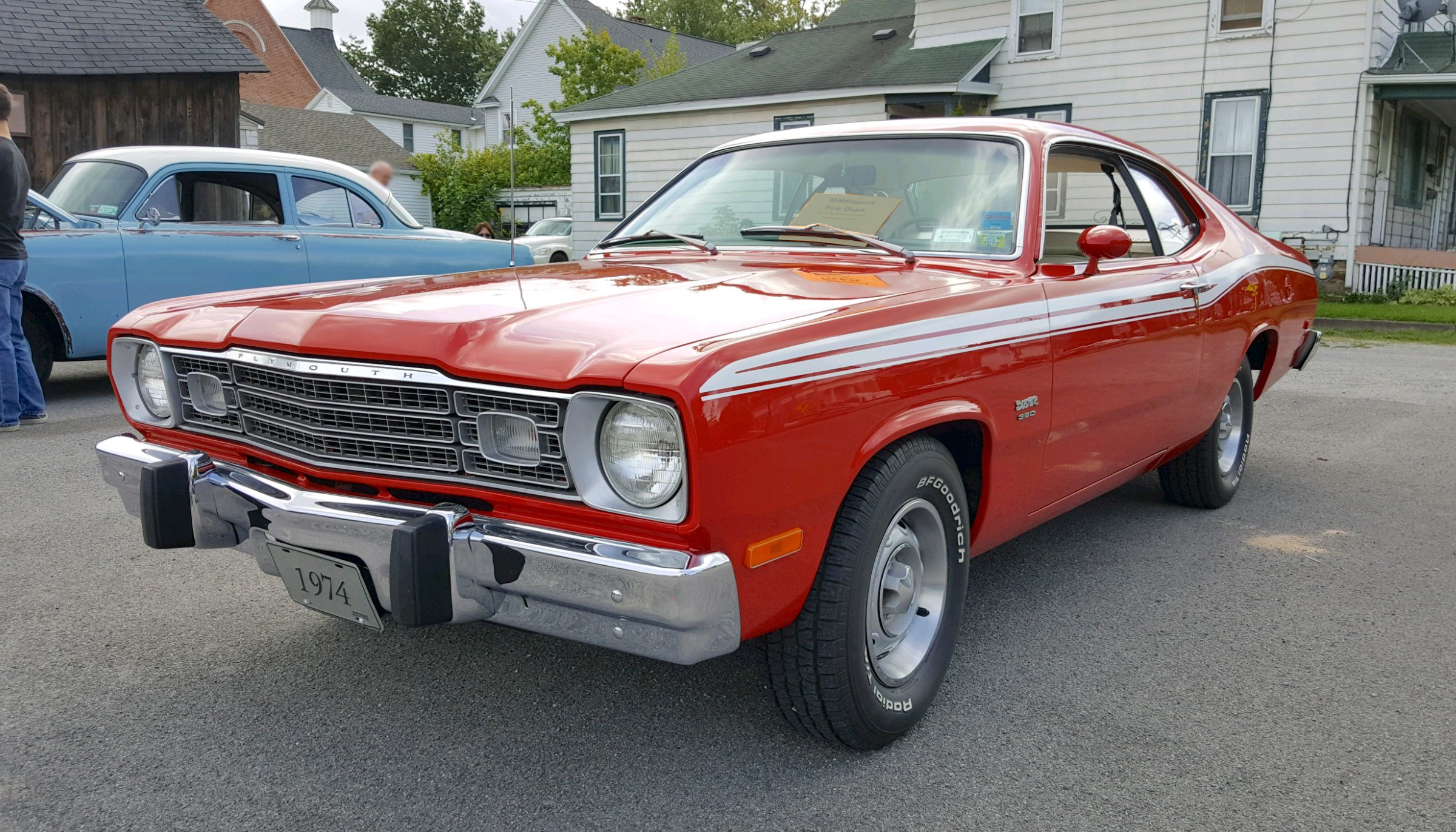 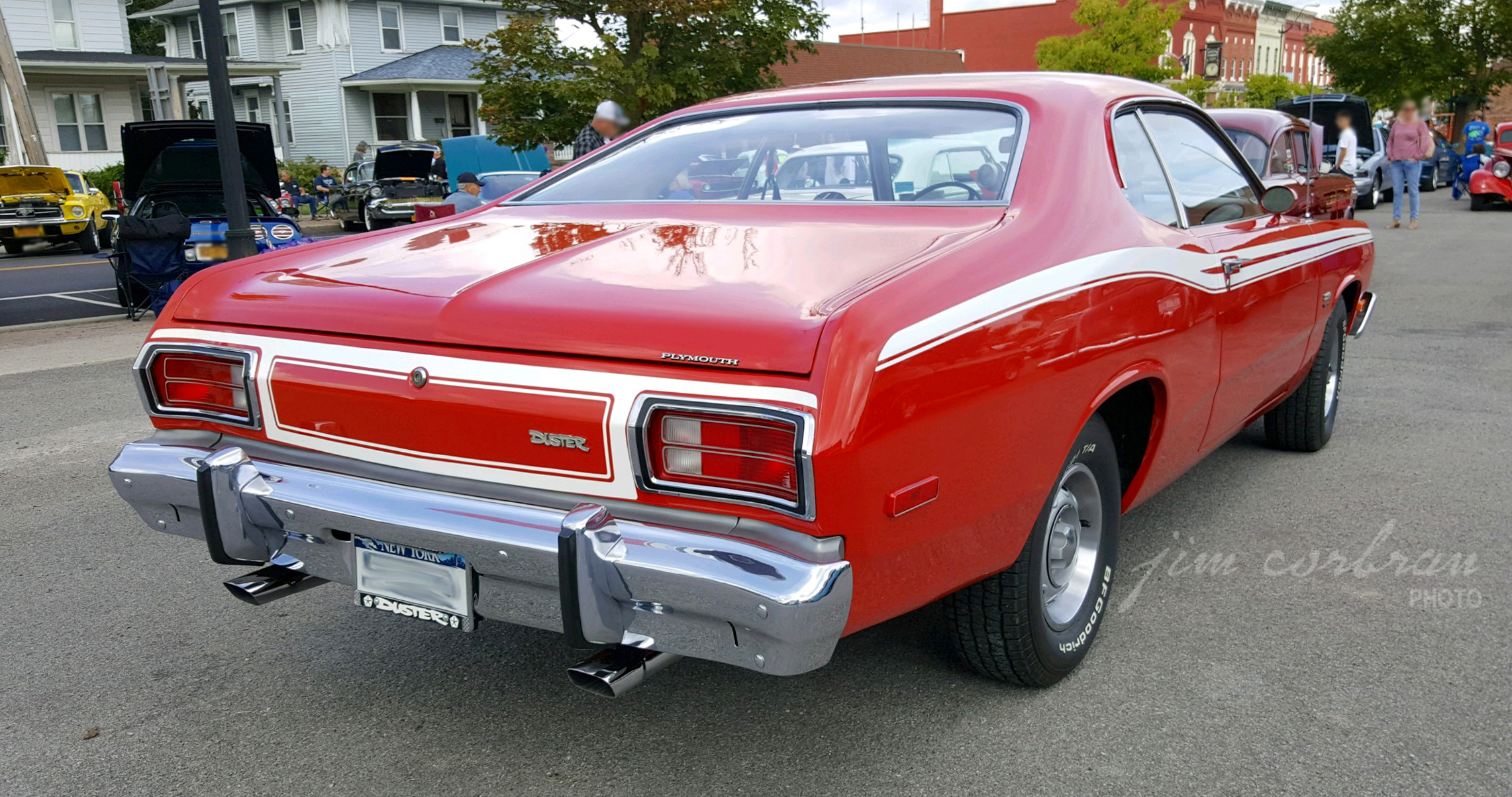 Came across this 1974 Plymouth Duster 360 at last weekend’s End of Summer Super Cruise sponsored by the Middleport Fire Department, right on the edge of the Erie Canal in Middleport. The Duster 360 came with — what else? — Chrysler’s 360cid V8. It also added a floor shift position for the three-speed manual transmission, as well as body side tape stripes, roof drip rail moldings, heavy-duty suspension, cigarette lighter, E70 bias-belted tires, 5-1/2 x 14” wheels, heavy-duty shock absorbers, 8-1/4” axle, and dual exhausts. Although the 360 was a much more potent engine than the Slant Six which was standard in other Dusters, the ’74 brochure seemed more interested in pointing out the Duster’s other qualities, like its roominess, styling, and engineering. The Duster hung on for a couple more model years before finally giving way to the Volare (introduced for 1977) for model year 1978.