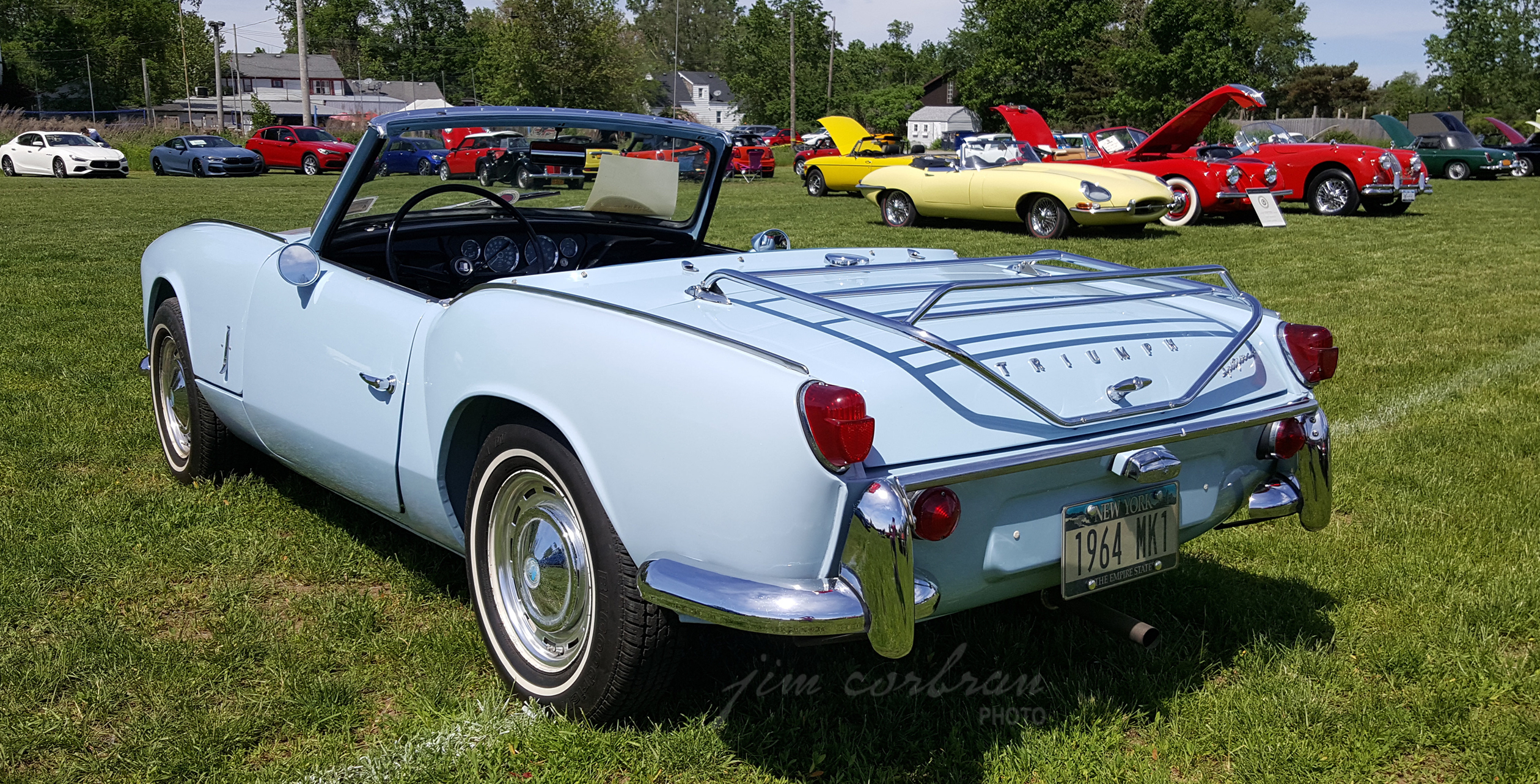 Probably one of the prettiest little cars on the market at the time, this 1964 Triumph Spitfire 4 was also known as the Spitfire Mark I. Under the full forward-tilt hood was an OHV inline-four engine of 1,147cc (70cid) with twin carburetors. Certainly not much when compared to what was coming out of Detroit at the time, but then again, the car weighed less that 1,600 lbs. A bit of an upgrade from some small British roadsters, the Spitfire had roll-down windows and locking doors, as well as full instrumentation. The steel wheel/hubcap combination seen here (which looks especially smart with the BF Goodrich white stripe tires) was standard; wire wheels were optional, as was a hard top. Saw this one over the summer at Euro Car Day at the Angry Buffalo/Rose Garden in Williamsville, sponsored by the British Car Club of WNY.